It's no overstatement to say that David Henderson has contributed an awful lot to this website.  Really.  Well, I'm happy to report that David's launched his own web project (Return To Atlanta) that will feature photos like the Atlantic Steel / Station pics below.

In the mid-90s, David had the presence of mind and the initiative to go out and photograph quite a few parts of town that have since undergone some pretty dramatic transformations and he'll be publishing those old photos, along with some brand news shots showing exactly what's changed in the intervening years.

As a shameless thief, will I pirate all of his hard work and put it up here on the Atlanta Time Machine?  Well, I probably would, but he's generously given me permission to share his work right here, so I don't have to steal it after all.  But by all means, you should probably bookmark his site and keep a close eye on it.

These were taken from the end of 18th St. looking west from right behind the Center For Puppetry Arts , just across the Downtown Connector from the former Atlanta Steel plant.   This first one was taken in November 1994 and right below is a picture from January 2012.   As David says, "The mill and rail yards are long gone, the expressway was widened yet again and the little landscape twigs have grown into real trees. I could have avoided having the fence in the shot but that was part of the charm of the original photo."    Google map 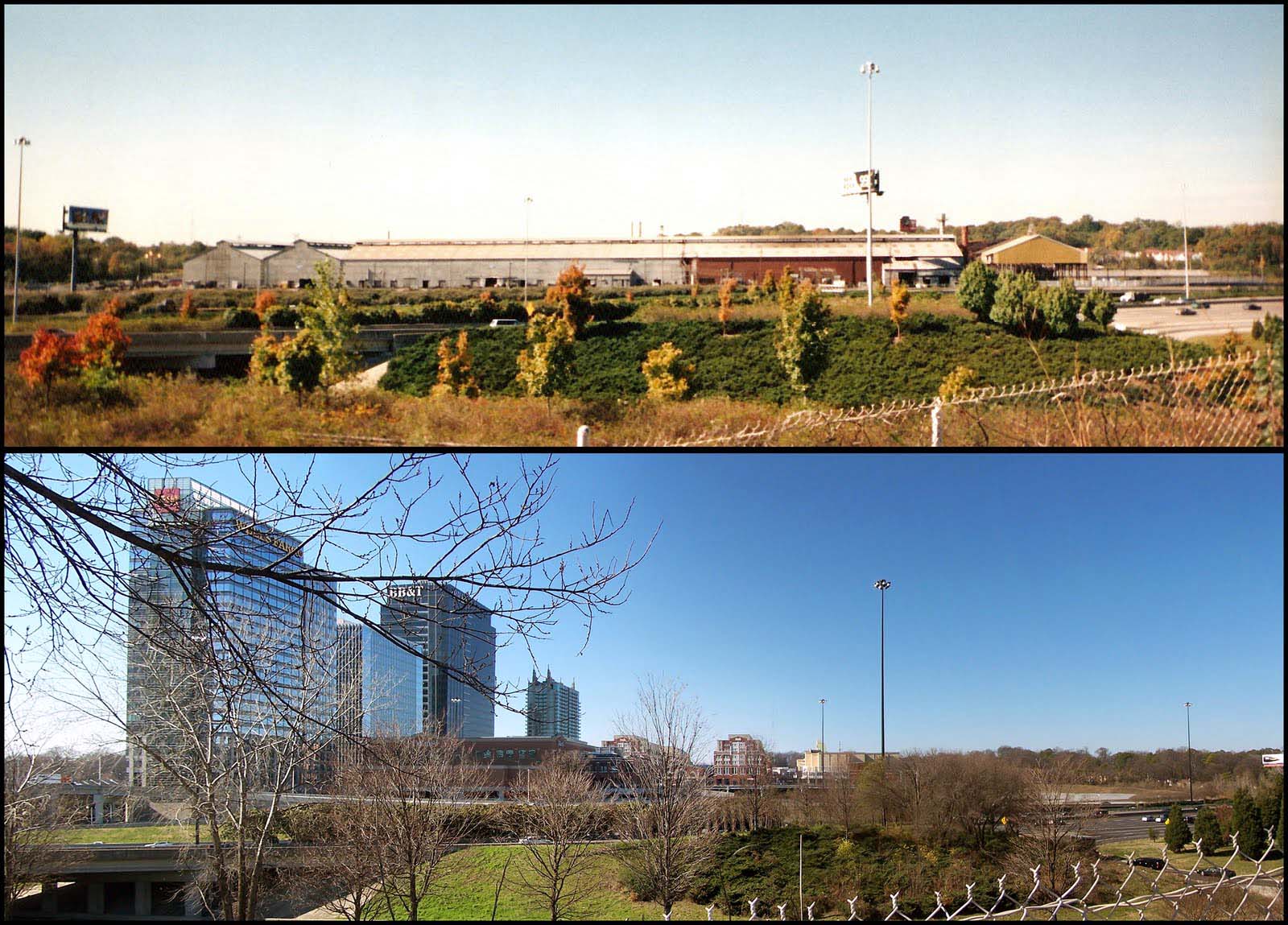