The Hotel Clermont (more frequently referred to as the Clermont Hotel or simply The Clermont), as seen on an undated postcard.  The building dates back to 1924, when it opened as an apartment house before its conversion to a hotel.  In December 2009, Fulton County health inspectors ordered the hotel closed after encountering dirty linen, old bedding, mold growing on the walls and black water spilling from some of the faucets, according to an AJC article.  The building is currently for sale if I'm not mistaken.

Another Clermont Hotel postcard can be seen on the NEXT PHOTO page and a few dozen old ads for burlesque shows in its legendary basement lounge can be seen here. 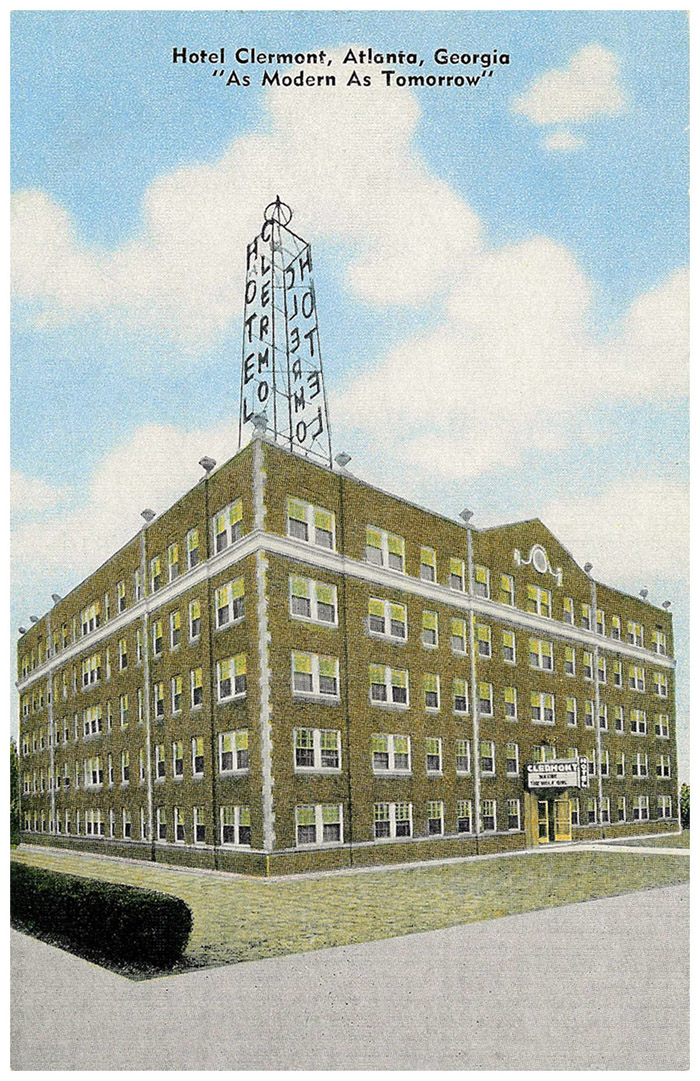 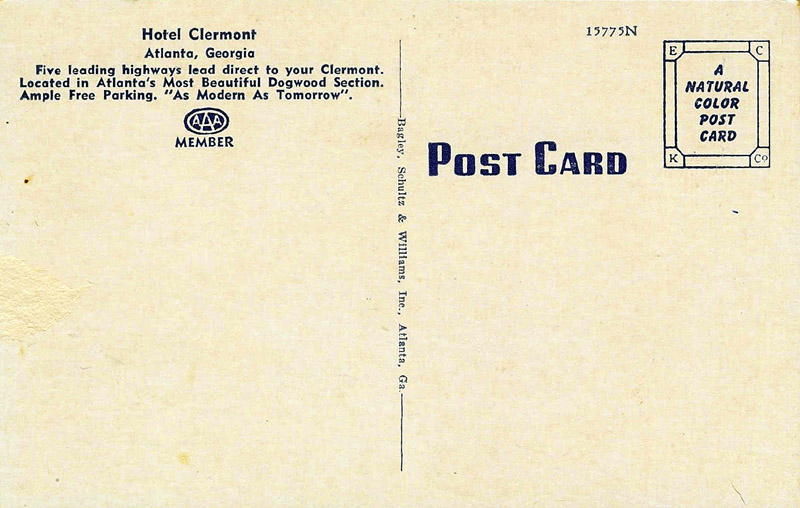