The Waldorf Motel was located a few miles south of Hapeville, on US Hwy 41, about a mile and a half south of the Atlanta city limits.  See the Google map photo below, which shows that one of the buildings in the photo is still standing. 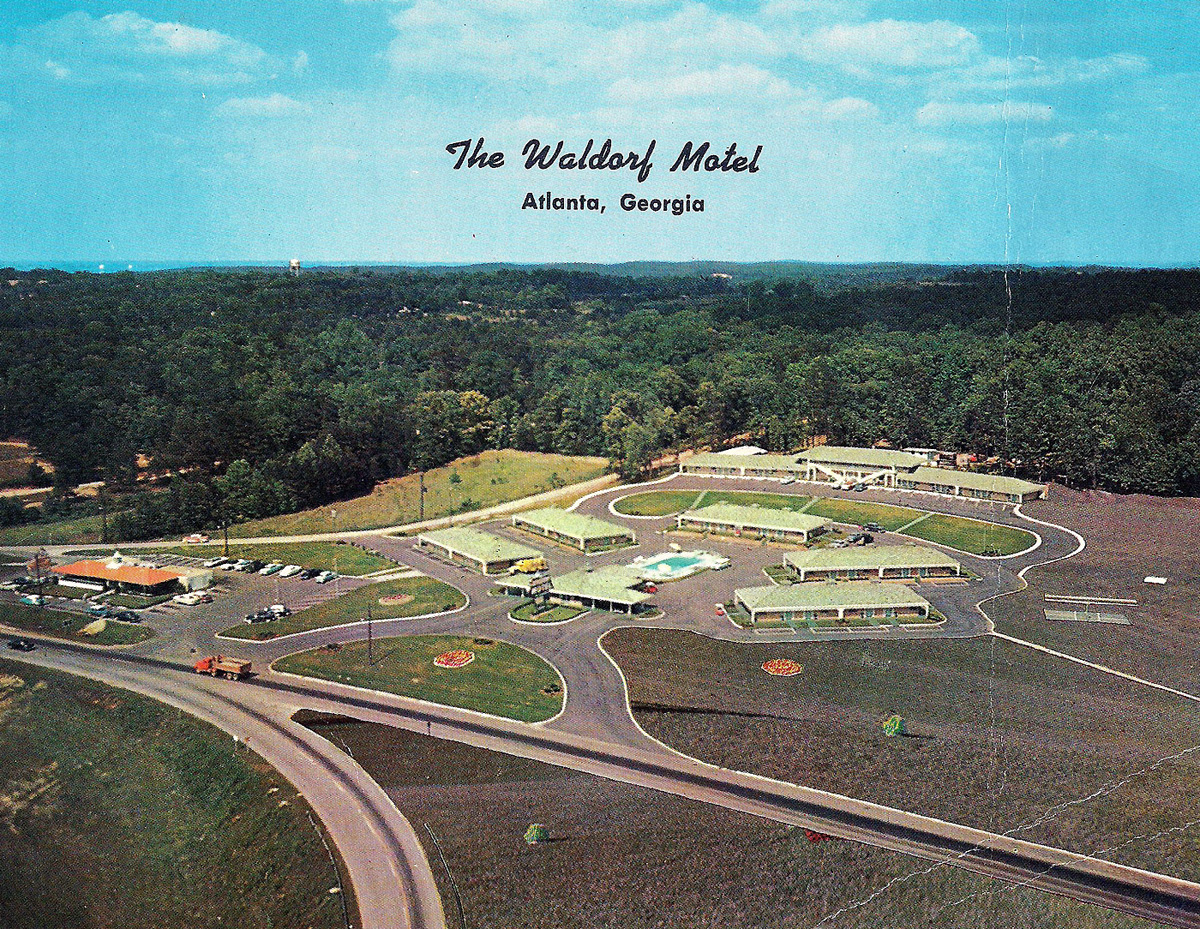 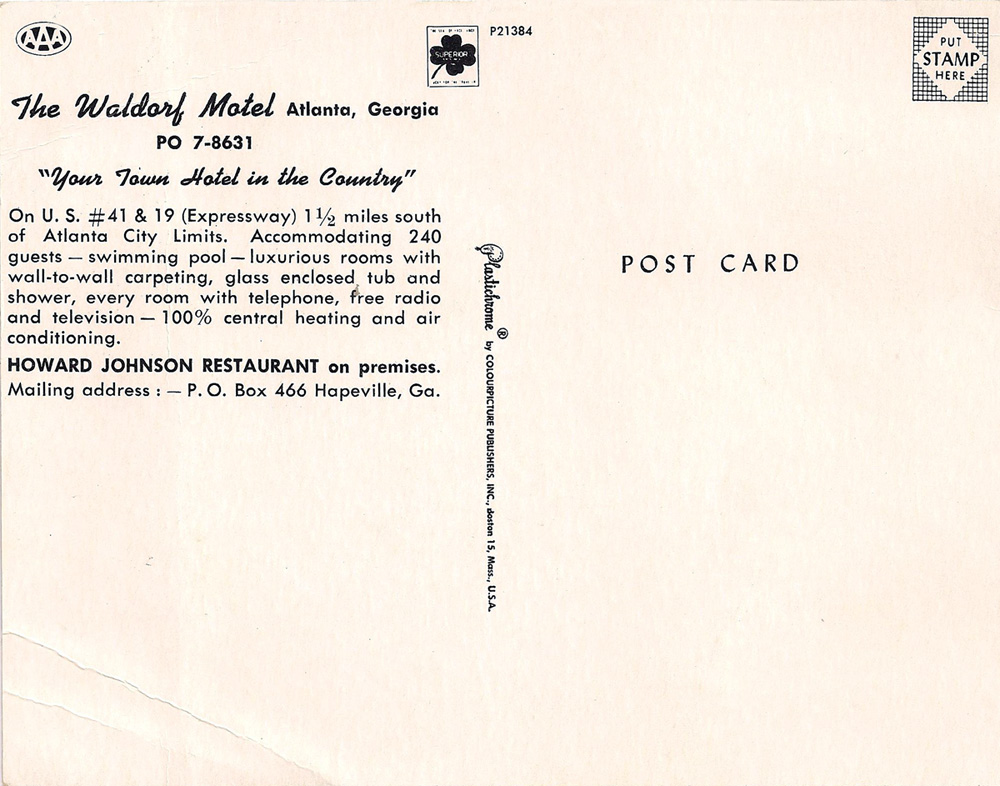 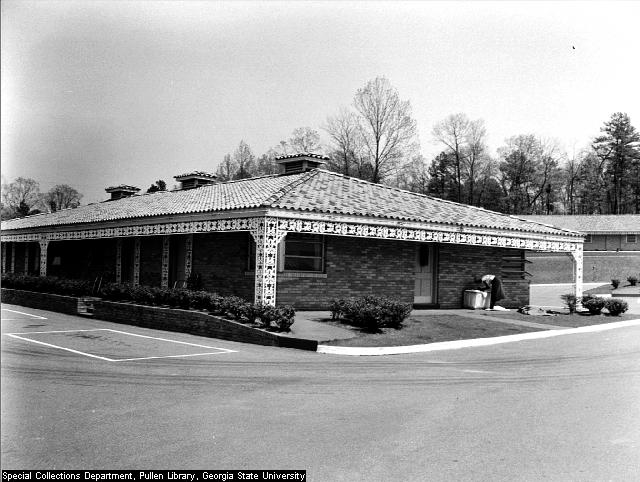 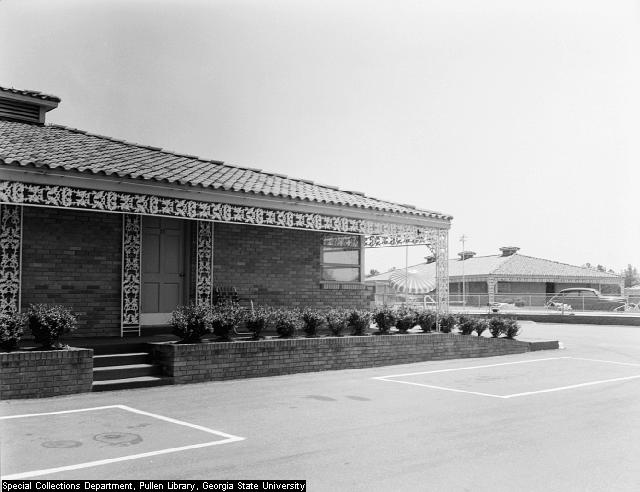 The two b&w photos above (appearing courtesy of the Special Collections Dept, Pullen Library, Georgia State University) show the Waldorf Motel as it appeared in 1956, probably not too long after it opened.  GSU files LBGPF6-033a and LBGPF6-033b. 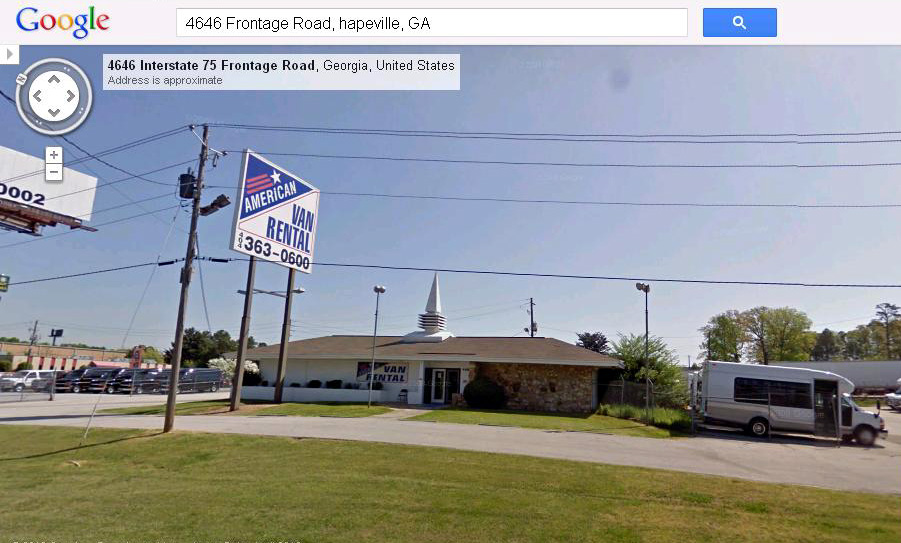