Date:   1976 or so.   This view looks from the west toward downtown and it's really quite a jolt to see how different things looked in the days before the existence of Centennial Olympic Park and the Georgia Aquarium. 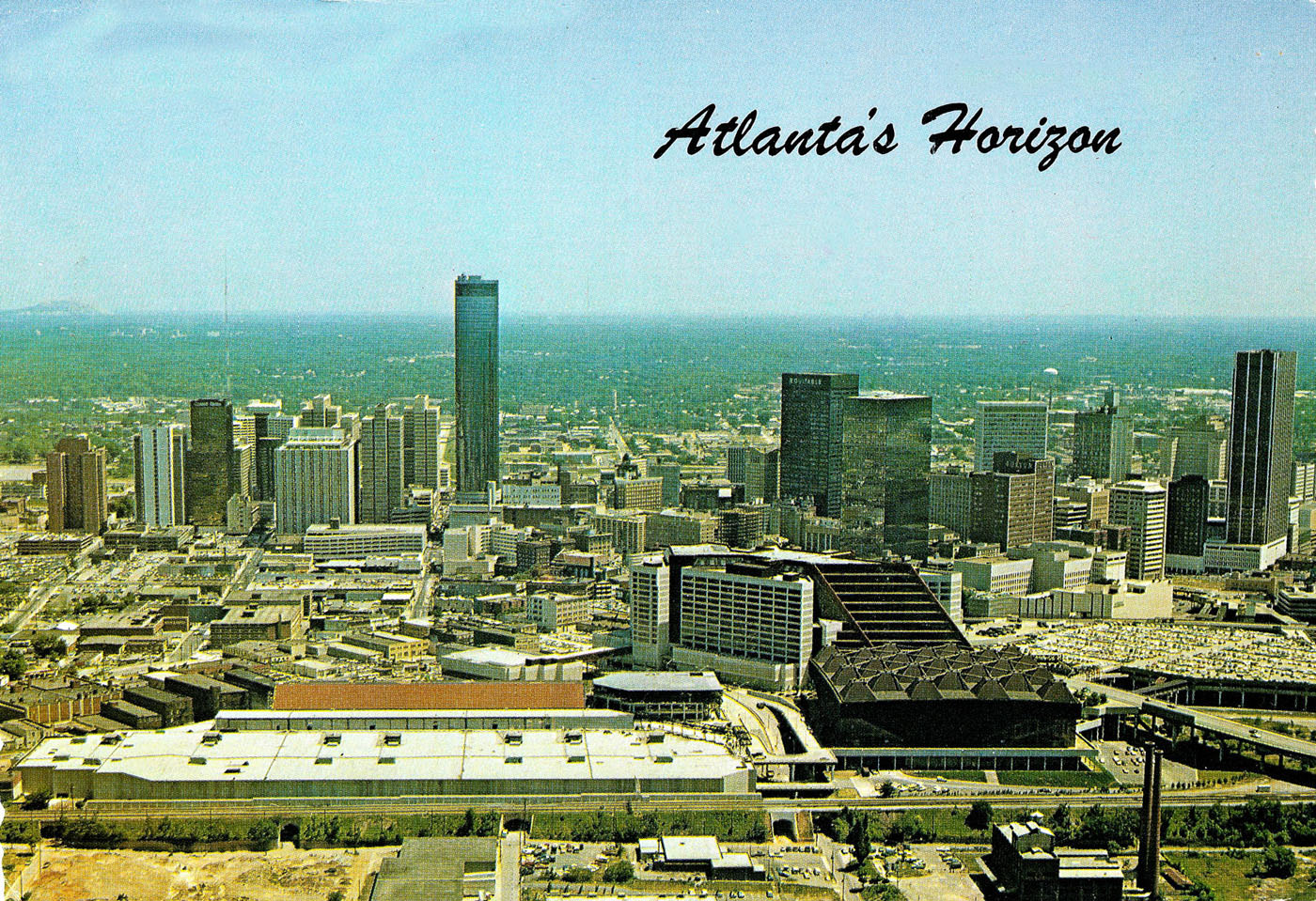 "Cutting across the bottom of the photo is the famed Monroe Embankment (1839-1841!), contracted out to John Thrasher in Atlanta's pioneer days. This manmade earthen embankment was created to make a gentle grade between the different railroad lines converging in the newly formed town. The late historian Franklin Garrett considered it to be the oldest manmade structure in Atlanta and in its day, it was quite a feat of engineering. Today the embankment is almost entirely entombed by the various parking decks and structures in the area. It can be seen here on Atlanta Preservation Center's website. Note how today's surface streets are at a much higher level than in 1980! (I can remember when it was still uncovered and it felt like it towered over my car - not anymore!)."

Thanks, Andrew!   Thumbnails of many more aerial view postcards can be found here.