Jeff Morrison:  Whitehall (now Peachtree) and Alabama St, facing east.  This photo shows Alabama St. before the construction of the elevated viaduct.  The contemporary photograph from inside the Underground Mall (bottom) roughly aligns with this original view.  Visible on the right is the Connally Building (1916), with its distinctive terracotta medallions.  The second floor was redesigned as the main entrance after the street was elevated.  For most of its life the building was only five stories tall, all of the brick-clad upper floors were not added until sometime in the 1980s.      Google map 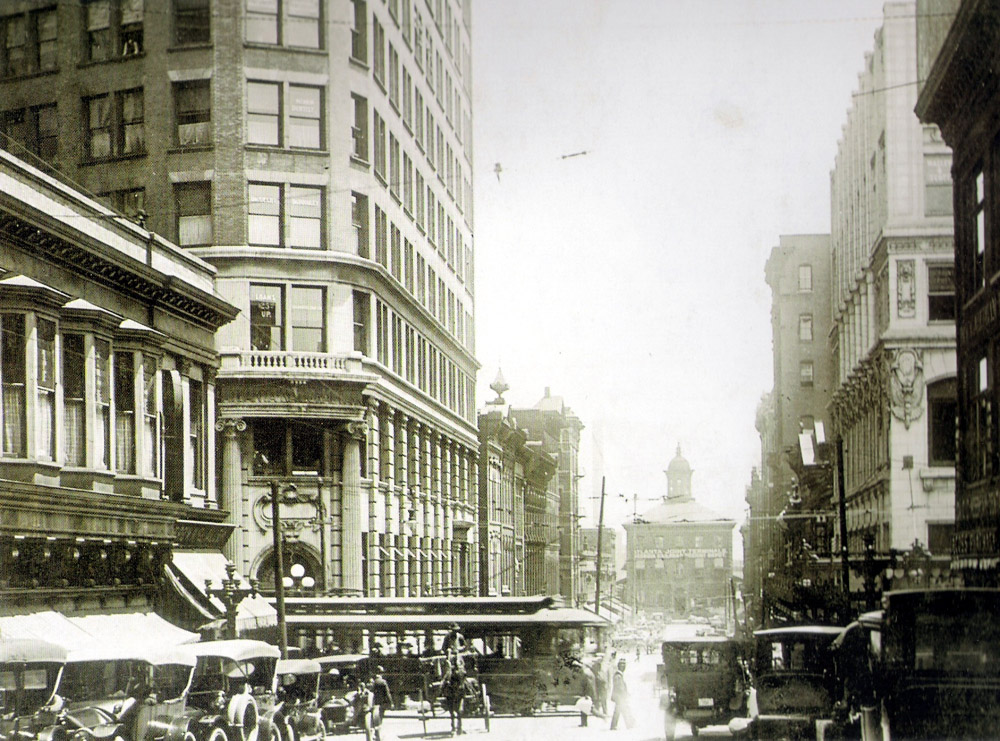 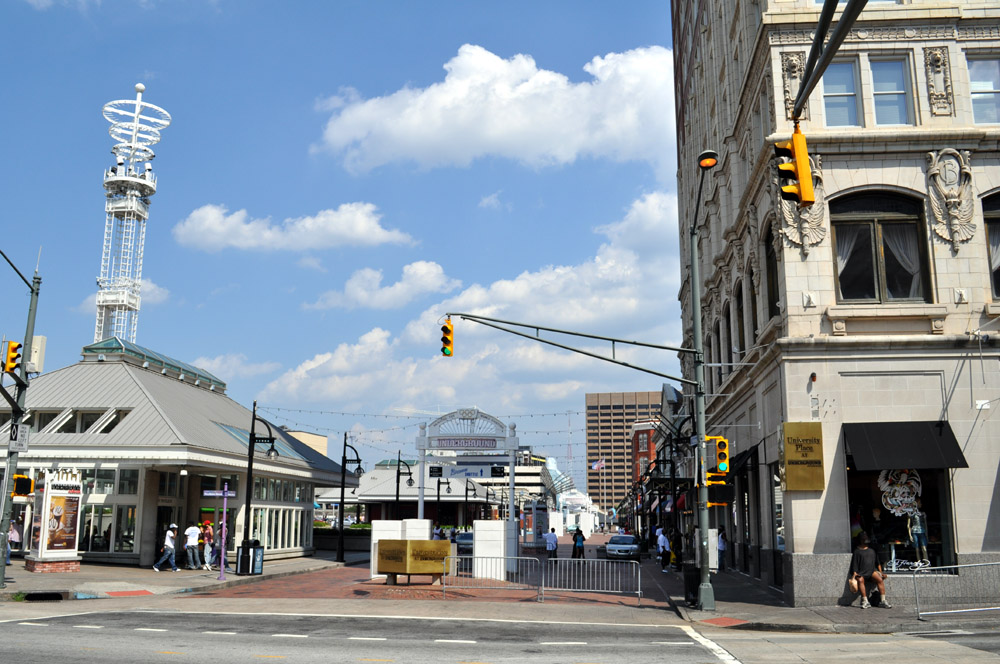 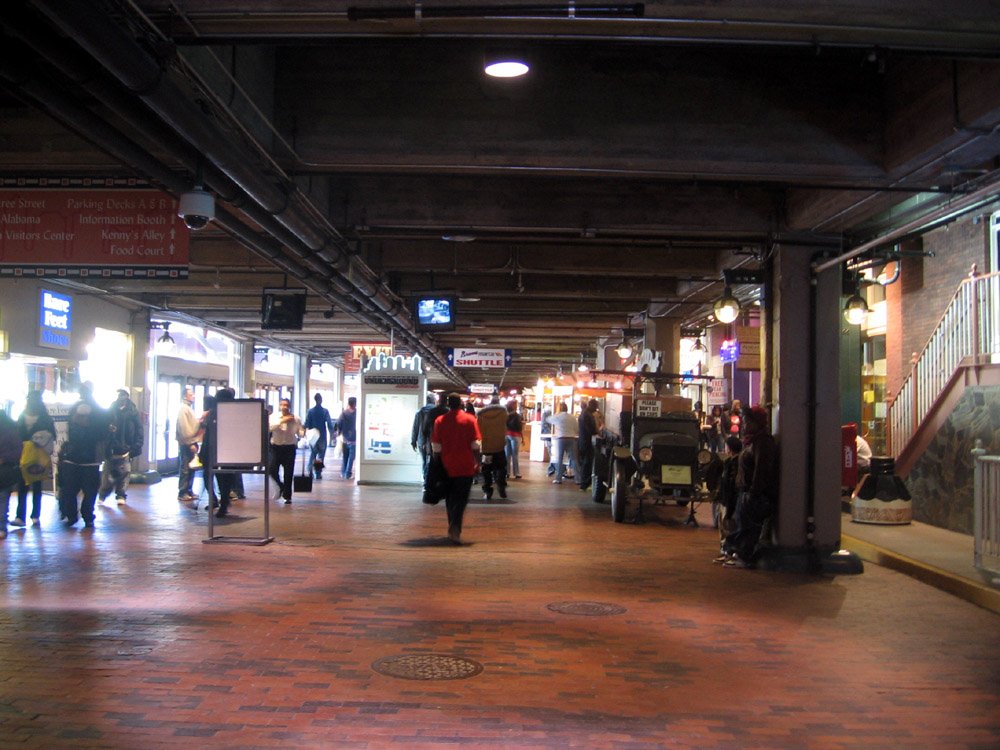