The Hotel Aragon (also known as the Aragon Hotel) was located at the southeast corner of Ellis and Peachtree Streets, at 169 Peachtree Street.  The 125-room hotel opened in November 1892 and was demolished in 1930 and replaced by the Collier Building, which I can't really tell you much about except for the fact that it housed the popular Frances Virginia Tea Room.  Today the spot formerly occupied by the hotel houses an entrance to the Peachtree Center MARTA station and part of the Georgia Pacific headquarters property.

It's seems a little odd that the postcard (this one was mailed in 1929) indicates that the hotel is on the Dixie Highway and the road to Stone Mountain.  It seems to me like Ponce de Leon Avenue, a mile or so north, would've been far more likely to be labeled the road to Stone Mountain.  And if you have any interest in old roadways, you may wish to check out the Facebook page called The Dixie Highway in Georgia.        Google map 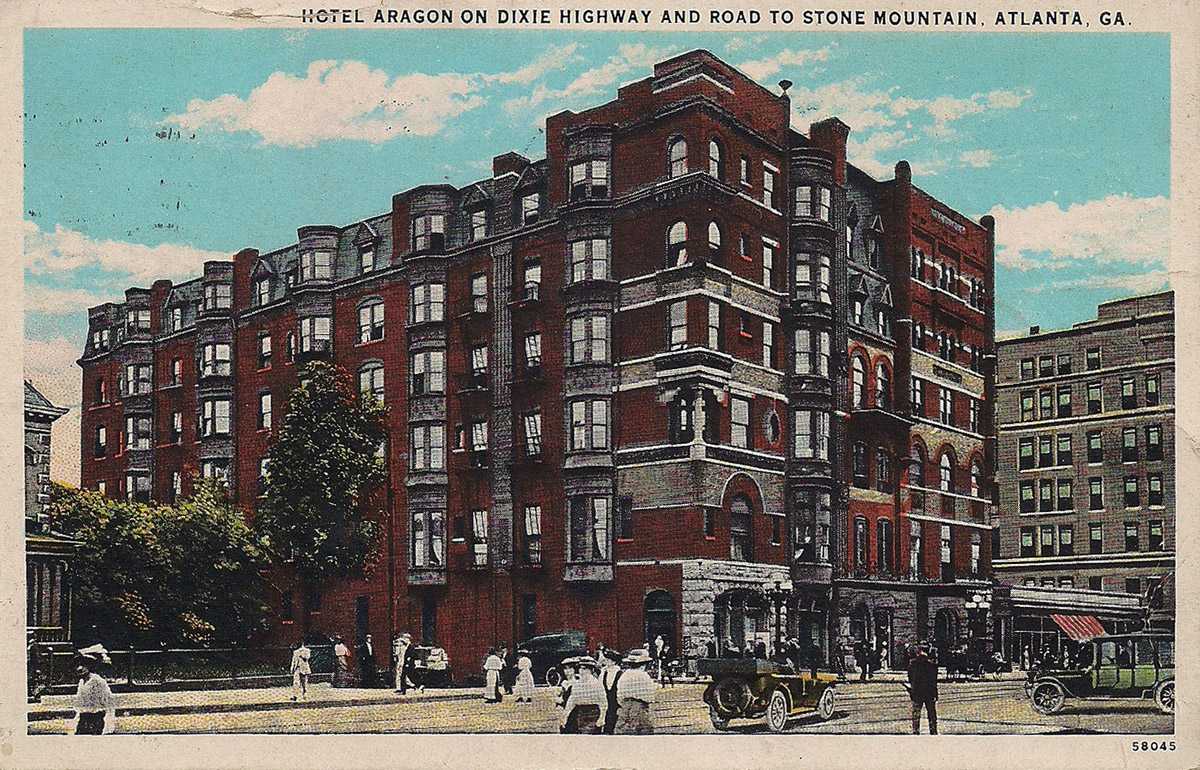 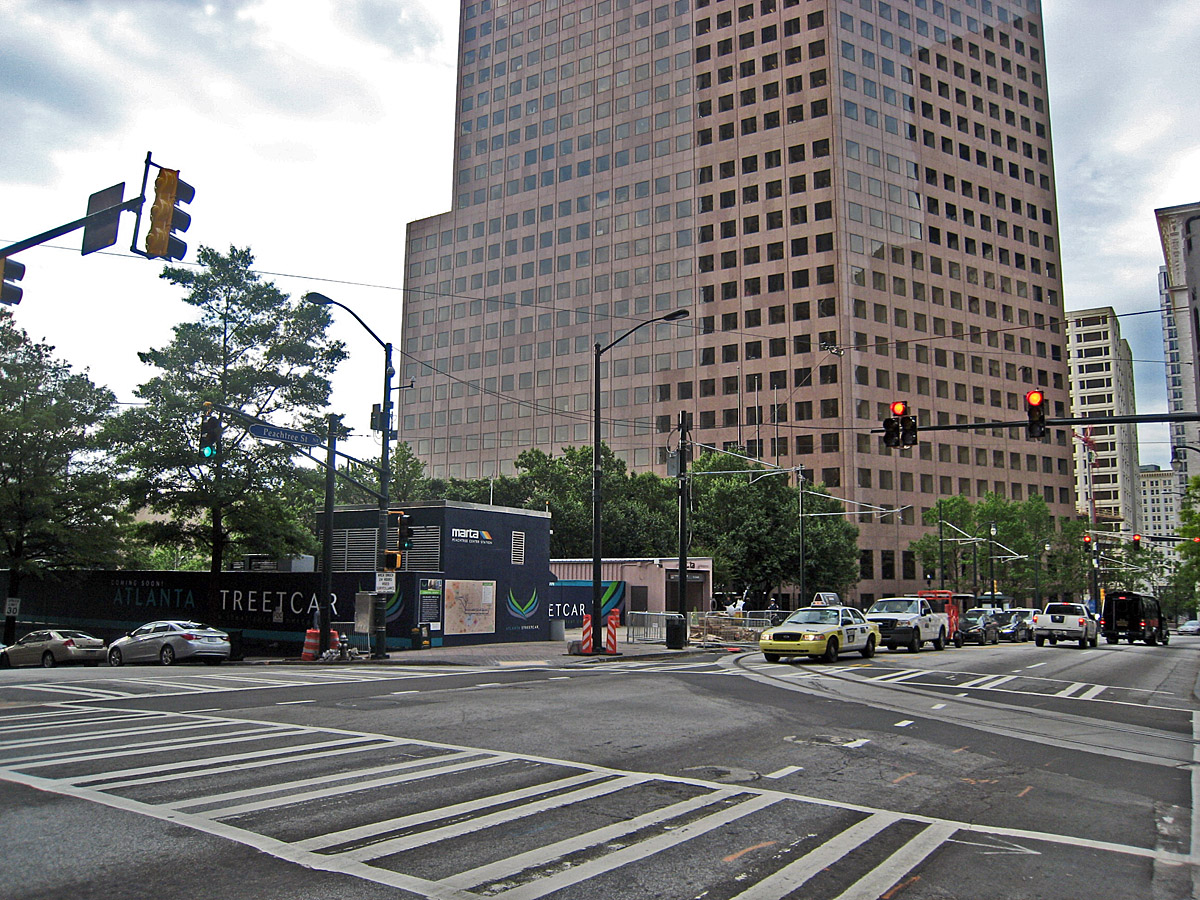 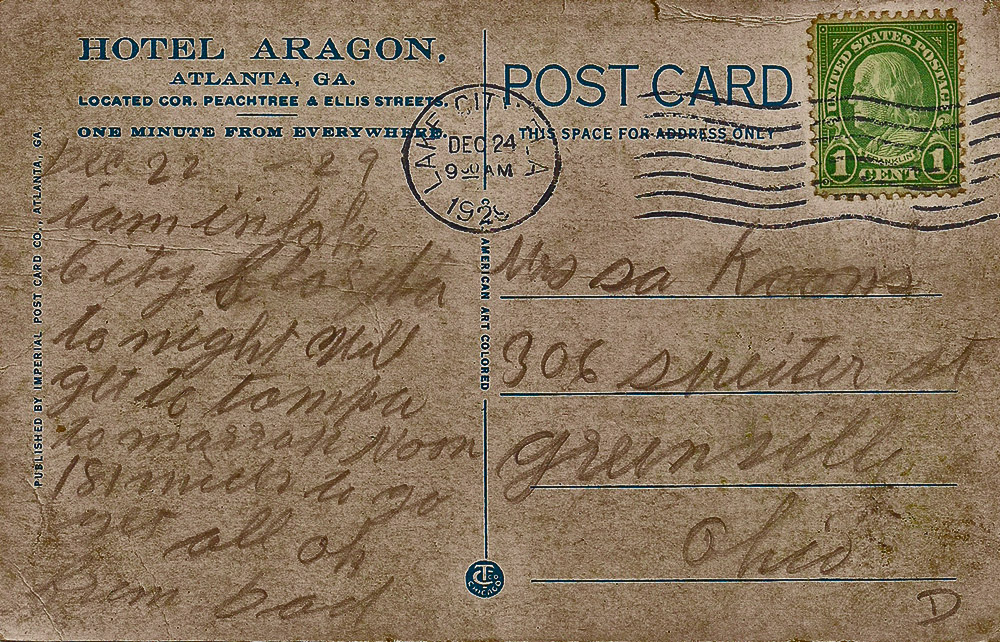