Here's a circa 1960 postcard of the Atlanta Federal Savings & Loan, formerly located one block west of Five Points at 18-22 Marietta Street NW.  The 1911 building still stands and is now a condo/apartment building known as the Metropolitan, but as you can see in the contemporary photo below, it's been substantially altered, at least on the surface.  In the 1960s, the building was updated with a new surface, one of aluminum.  Reader Justin S, who conducts downtown walking tours for the Atlanta Preservation Center, tells me that this modernization was undertaken in order to make the building blend in better with its new neighbor around the corner on Peachtree Street, the First National Bank of Atlanta.

Seen directly to the right of the Atlanta Federal building is the Peachtree Arcade (1917 - 1964), which stretches all the way from Peachtree St. to Broad St. and is noted for its status as Atlanta's first enclosed shopping mall.  Scroll down a bit if you'd care to see a photo of the interior of the Peachtree Arcade.  The State of Georgia building now stands on that site.    Google map

These days you can no longer drive south on Broad Street past Marietta, as that space is now devoted to the Five Points MARTA station. 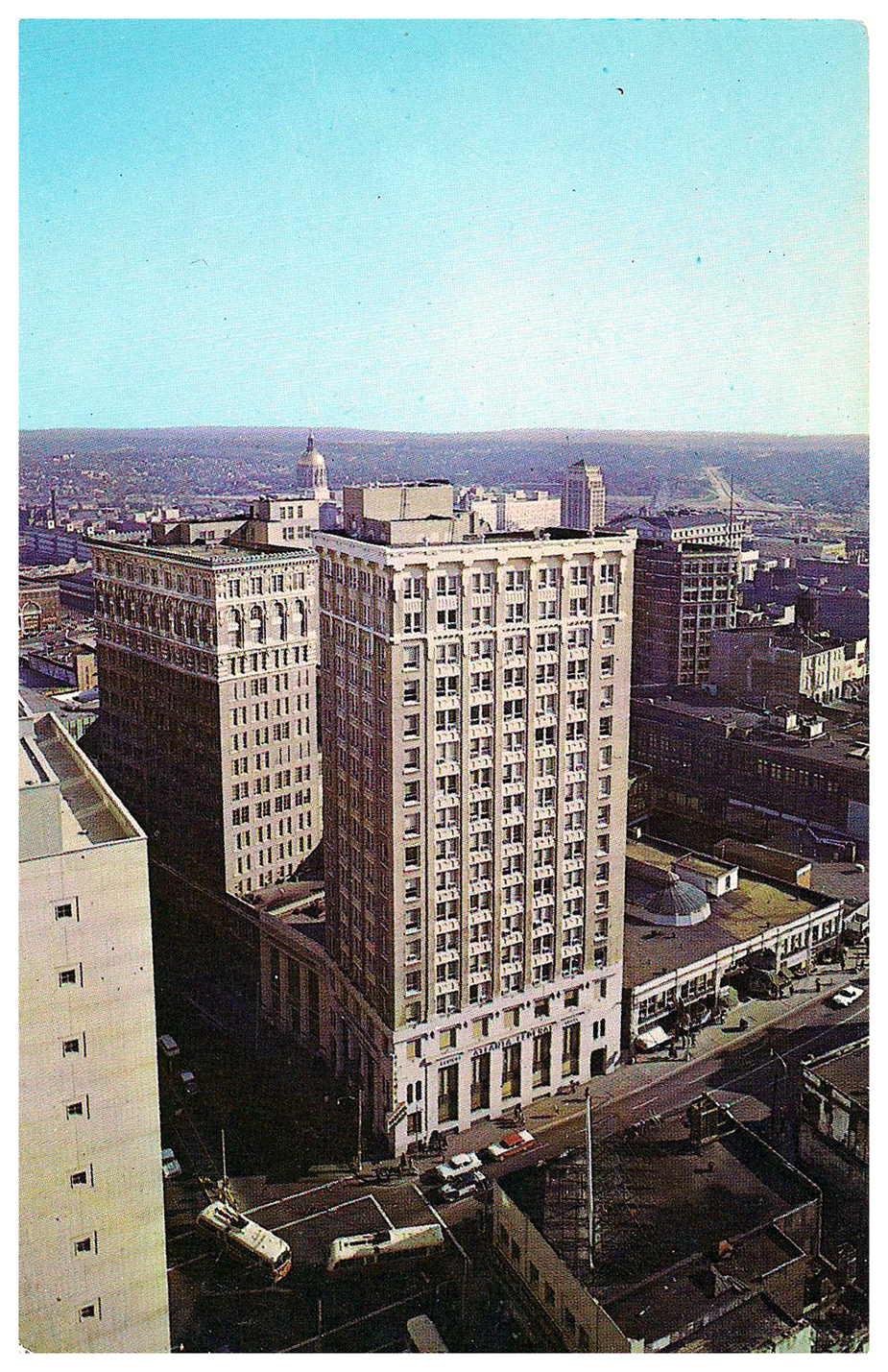 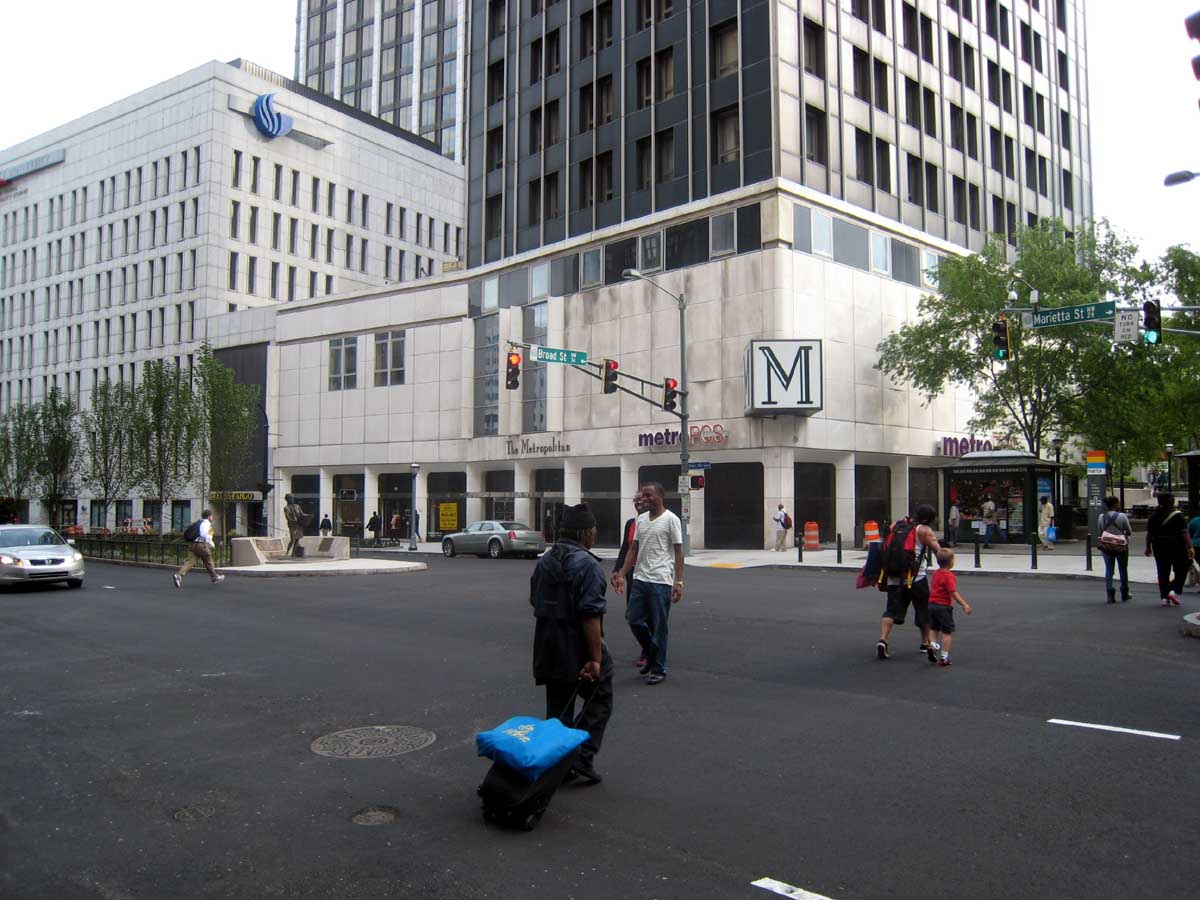 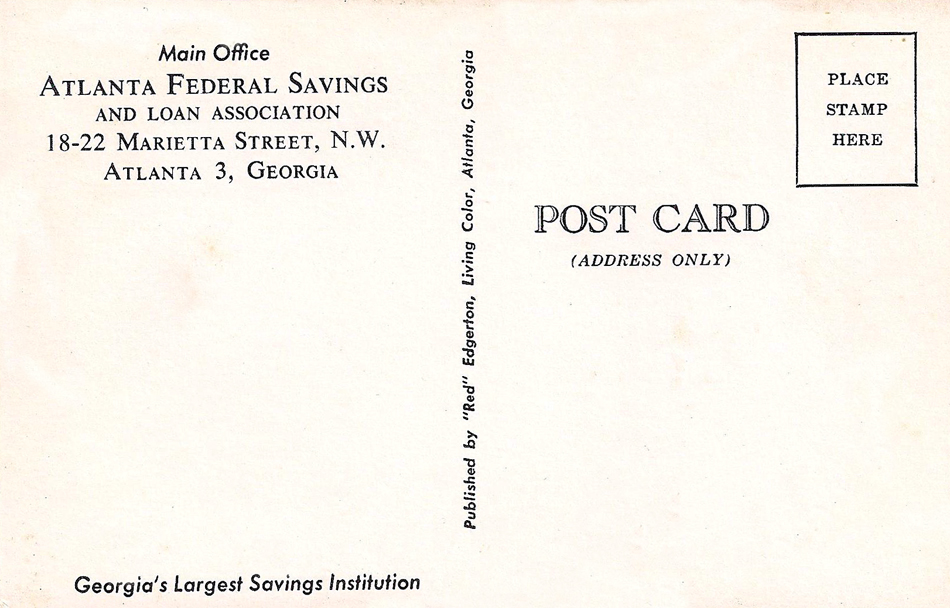 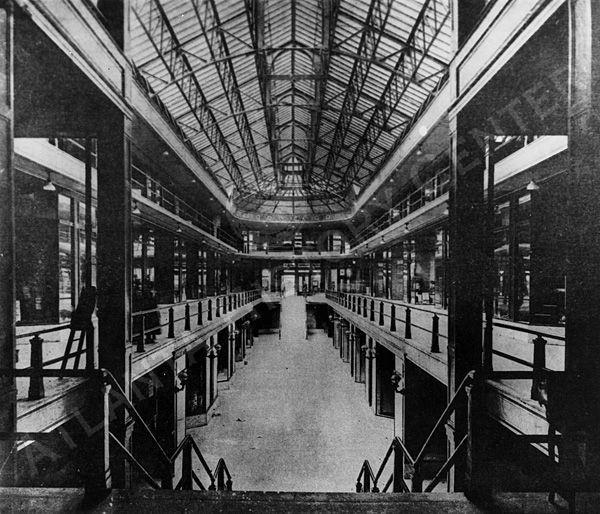 Above: A 1918 photo of the interior of the Peachtree Arcade, courtesy of the Atlanta History Center's photo archives.