This 1963 photo shows a few storefronts along Broad Street on the south side of downtown.  Benny's Liquor Store (92 Broad Street SW) is in the center and flanked by Roy's Poultry on the north and Tapo's Restaurant on the south side.  A poultry store in downtown Atlanta?  Seems impossible to imagine by contemporary standards.  Were those live hens they were selling?  In late 2012, these buildings were incorporated into the Elevate South Broad Mural Projects, a program that commissioned well-known muralists to enliven the visages of many buildings in the neighborhood.  Incidentally, the message partially visible in the lower photo reads "I'm Not A Player, I Just Read A Lot." 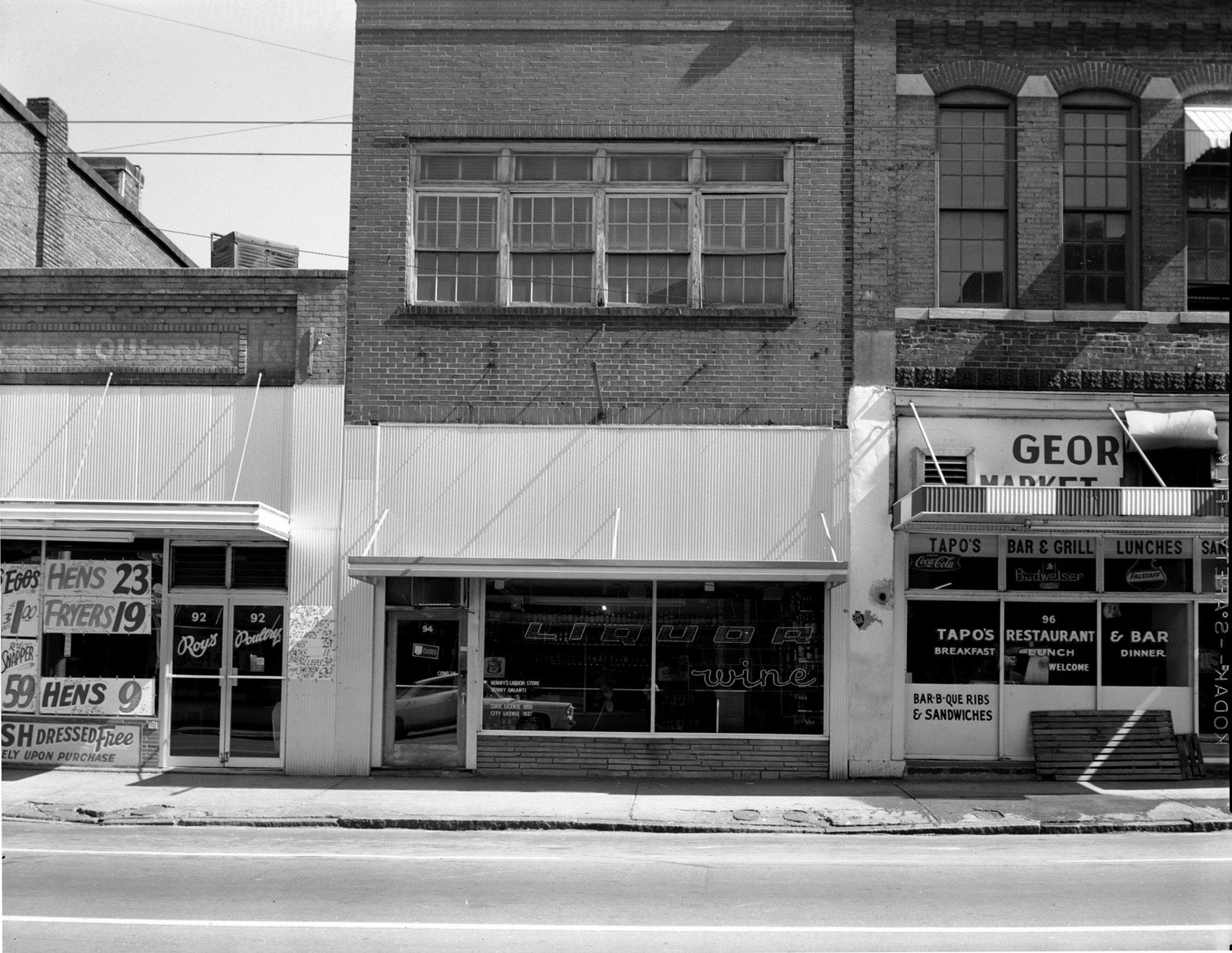 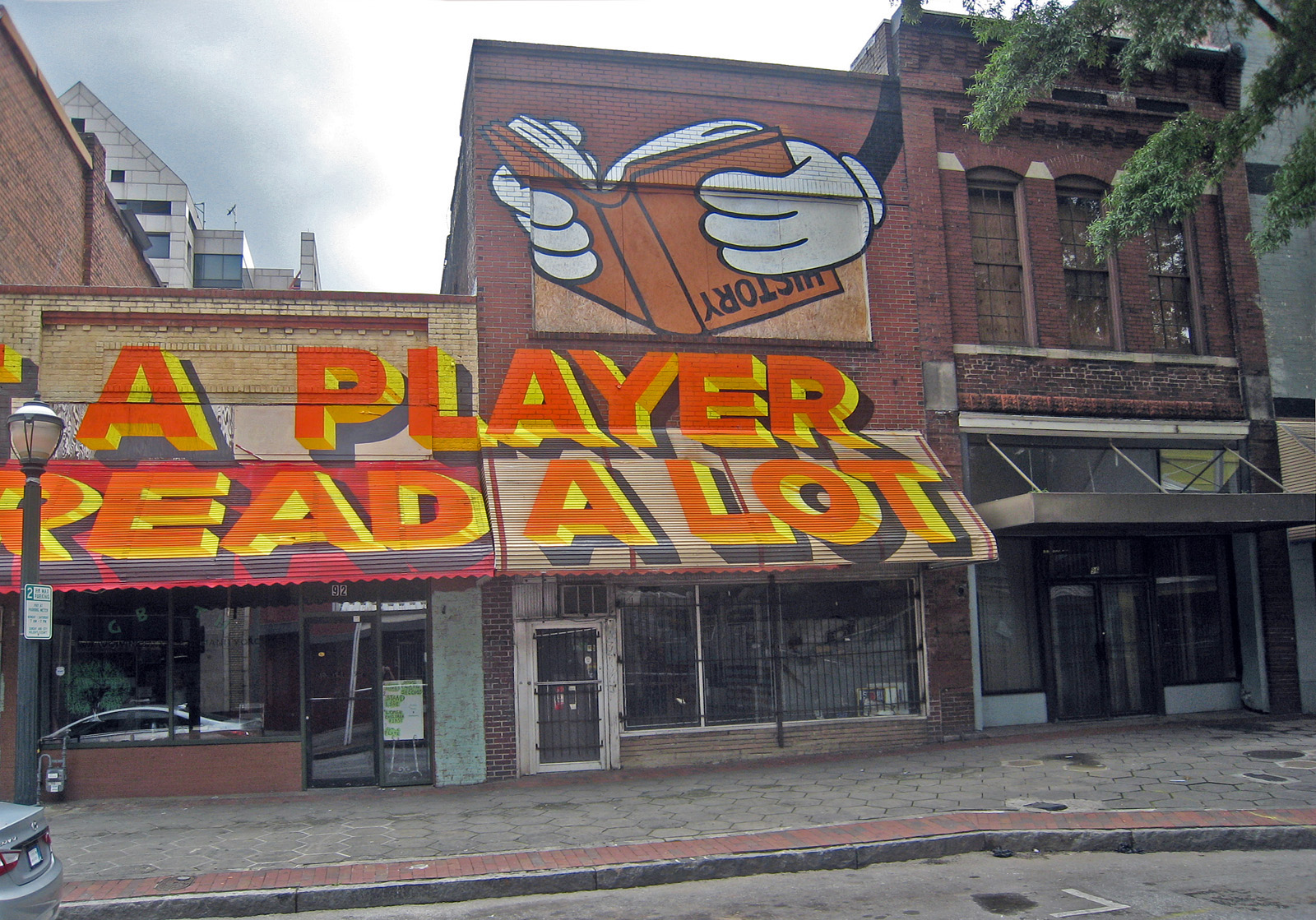