Today marks the 64th anniversary of the deadly Winecoff Hotel fire, which made national headlines on December 7, 1946.  All told, 119 people lost their lives in the disaster, which was, at the time, the deadliest hotel fire ever.  It remained the world's deadliest hotel fire until 1971, when 163 people perished when the Hotel Taeyokale in Seoul, South Korea caught fire.

In the aftermath of the fire, Lee Roy Abernathy (1913 - 1993) a native of Bartow county, memorialized the tragedy on this 78rpm record.  Abernathy himself narrowly escaped the peril of the fire.  He had a permanent room at the Winecoff, but headed to north Georgia for a visit home when a friend came through with a few gallons' worth of gas coupons at time when gasoline was still rationed due to post World War II shortages.  Abernathy enjoyed a long and successful career as a gospel musician, eventually earning induction into the the Georgia Music Hall of Fame in 1989 and the Southern Gospel Music Hall Of Fame in 1996.

The Winecoff Hotel was located at 176 Peachtree Street (Google map).  The building still stands and it's now known as the Ellis Hotel.  More information can be found on the next page.

Thanks to my pal Cheap Beer Steve for rescuing this insanely rare record from a thrift store out on Thornton Road. 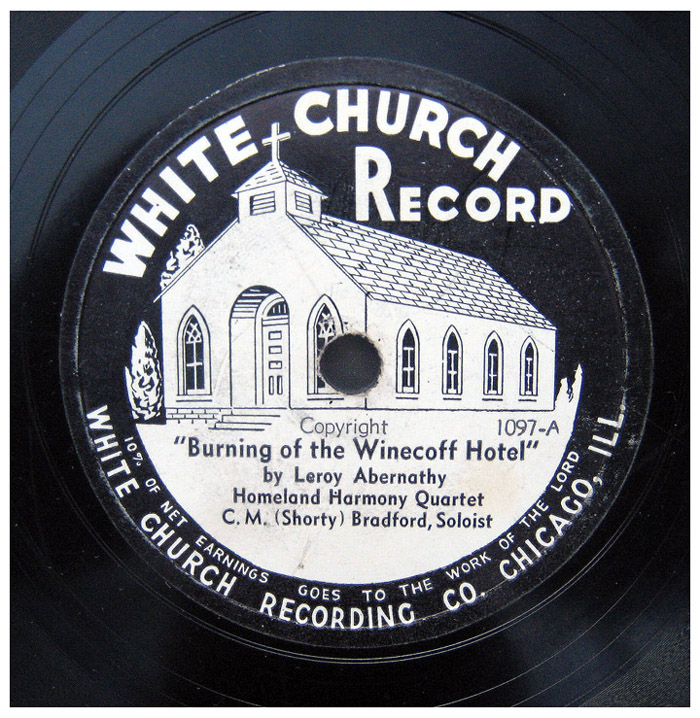 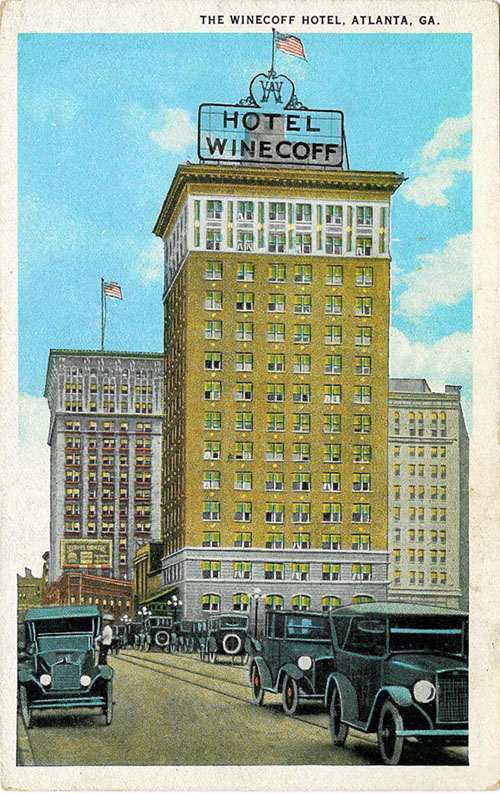