The top photo shows the heart of what later became Centennial Olympic Park as it appeared in 1994 and below it is the same view today, highlighting the dramatic changes that have unfolded in the northwest corner of downtown over the last couple of decades.  Thanks to David Henderson for sending these images in.  I think they came from the Atlanta History Center, though I'm not completely sure. 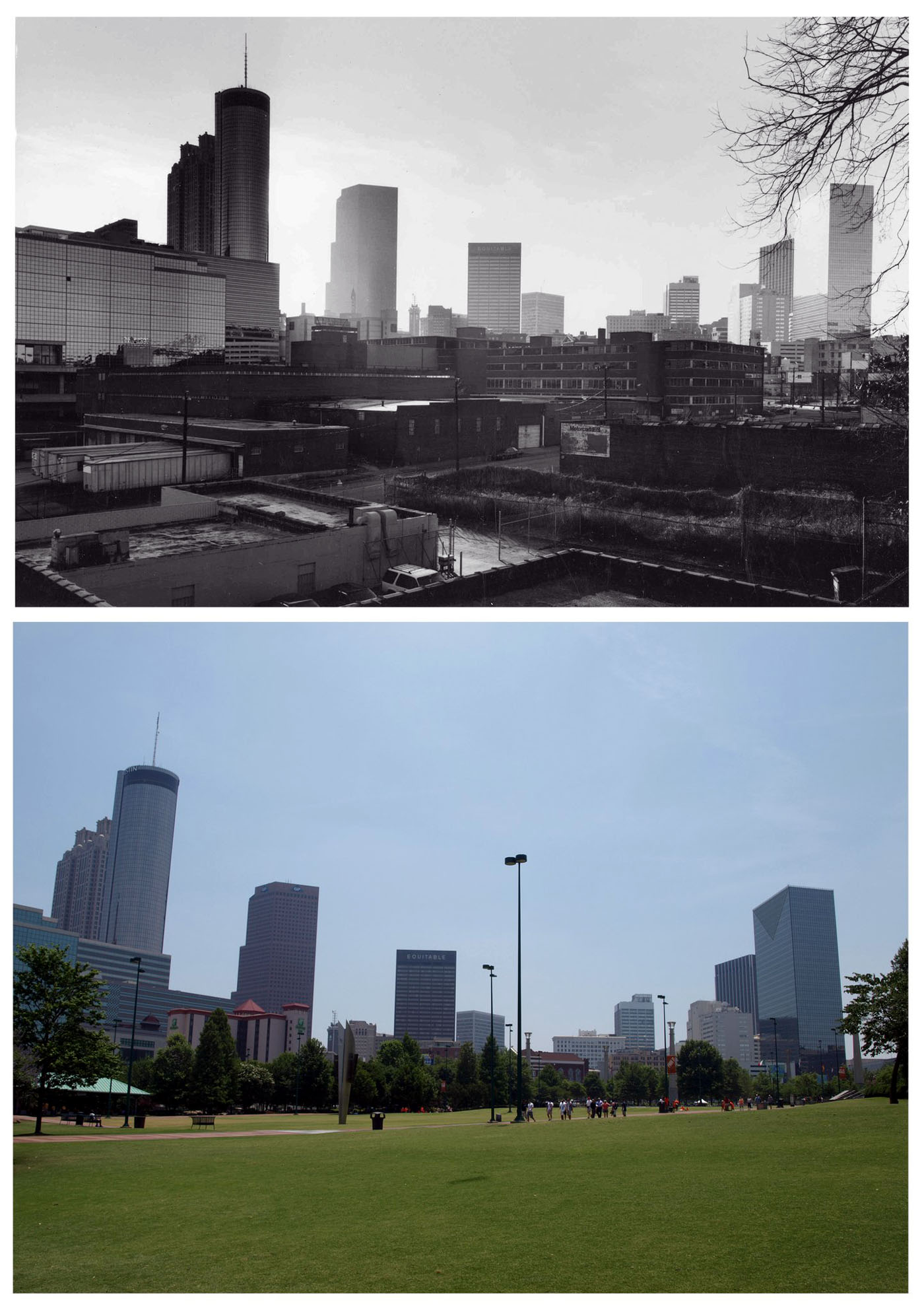 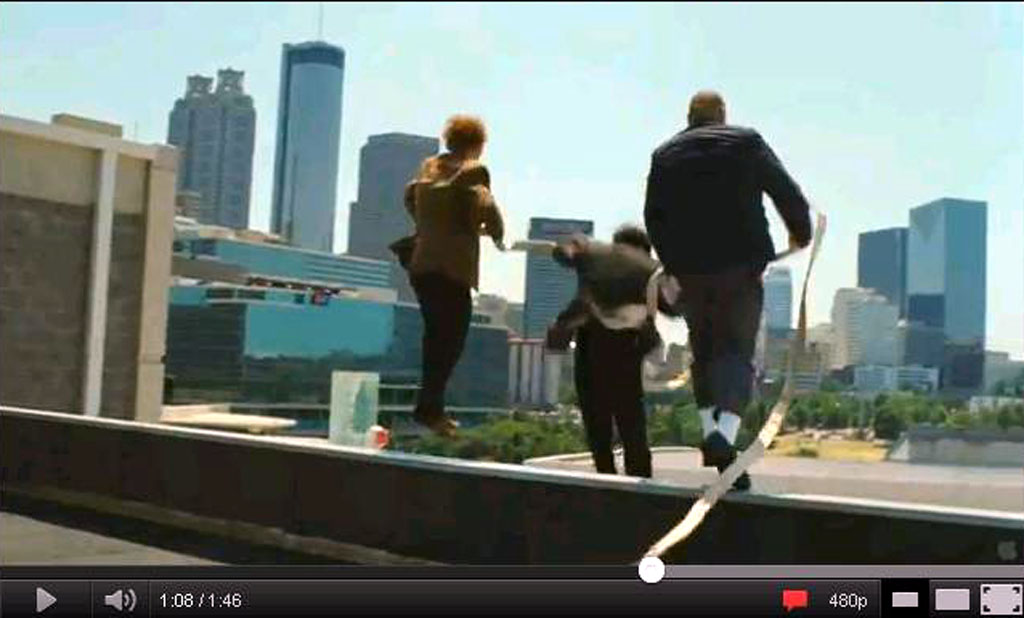 12/11/11  -  Above: a screen capture from the trailer for the forthcoming movie The Three Stooges, set for a Spring 2012 release.  As you can see, it is a very to match to the two photos above it.  The movie, which was filmed earlier this year in and around Atlanta, will be set in the present day, as you can see.

According to the movie's Wikipedia page, scenes were also shot in the Fairlie-Poplar District, Stone Mountain Park, Piedmont Park, Colony Square, the Atlanta Civic Center and a private home located in Ansley Park.