Central City Park originated when former Coca Cola president Robert W. Woodruff donated to the city of Atlanta the funds needed to buy the 4 acres in the heart of downtown on which the park was built.  The donation was made in 1971 and the park officially opened in 1973.  Beneath Roger's photo are a couple of contemporary aerial views of the park (courtesy Bing and Google), which show how dramatically the park has changed since 1984.  We're looking south in this picture, so along the right edge of the photo we see Peachtree Street.  To get a glimpse of the buildings that were leveled to make way for the park, click on the Next Photo link above.

At some point, the park expanded northward to cover a total of 6 acres and renamed Woodruff Park in honor of donor Robert Woodruff.  I'm not positive exactly when it was renamed, but I think it was following a major 1994 renovation, undertaken to spruce the area up in anticipation of the 1996 Olympics.  One thing I've learned is that the Atlanta Time Machine has some very knowledgeable readers, so if I'm mistaken I am certain I'll hear about it quite soon! 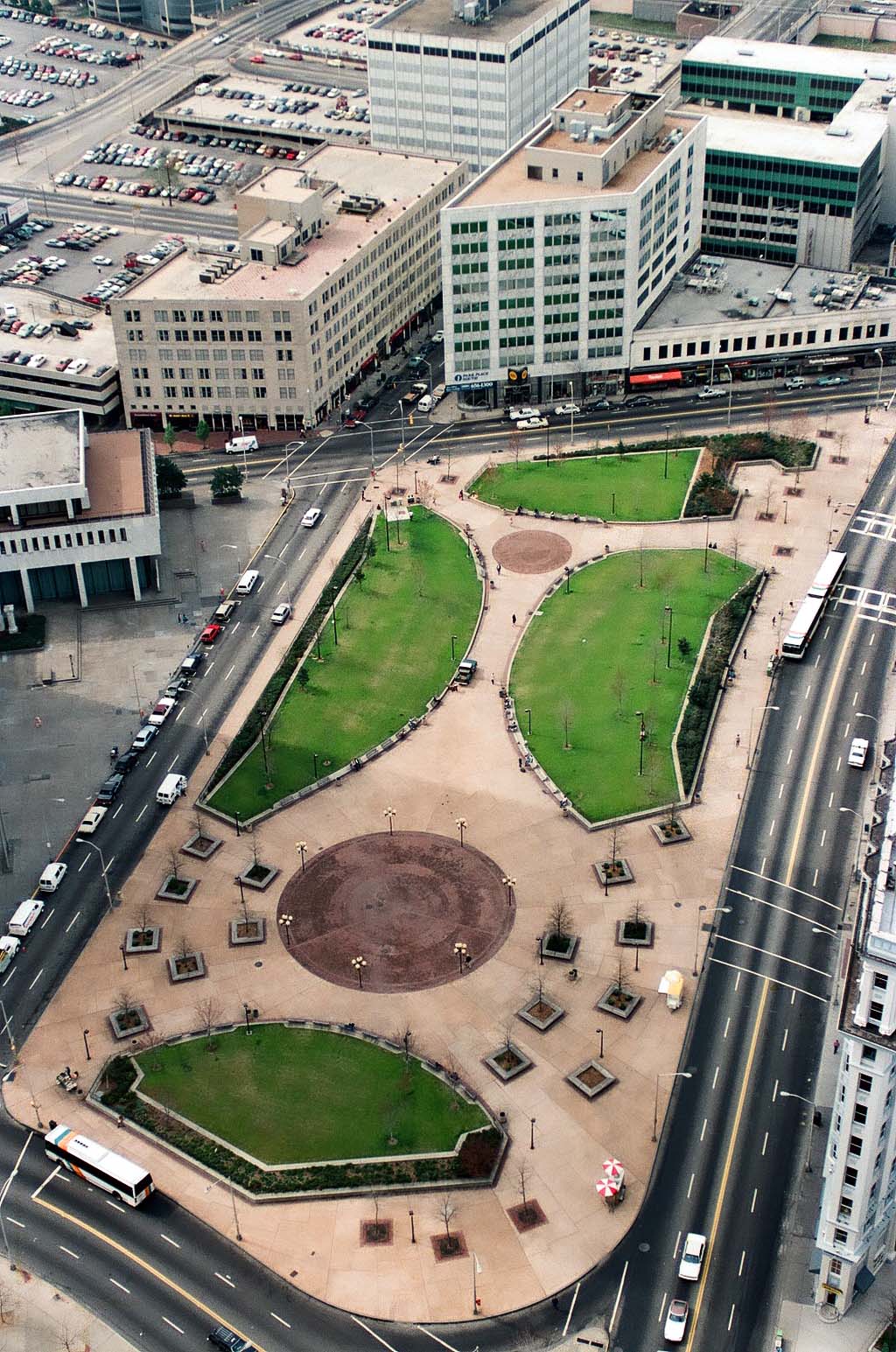 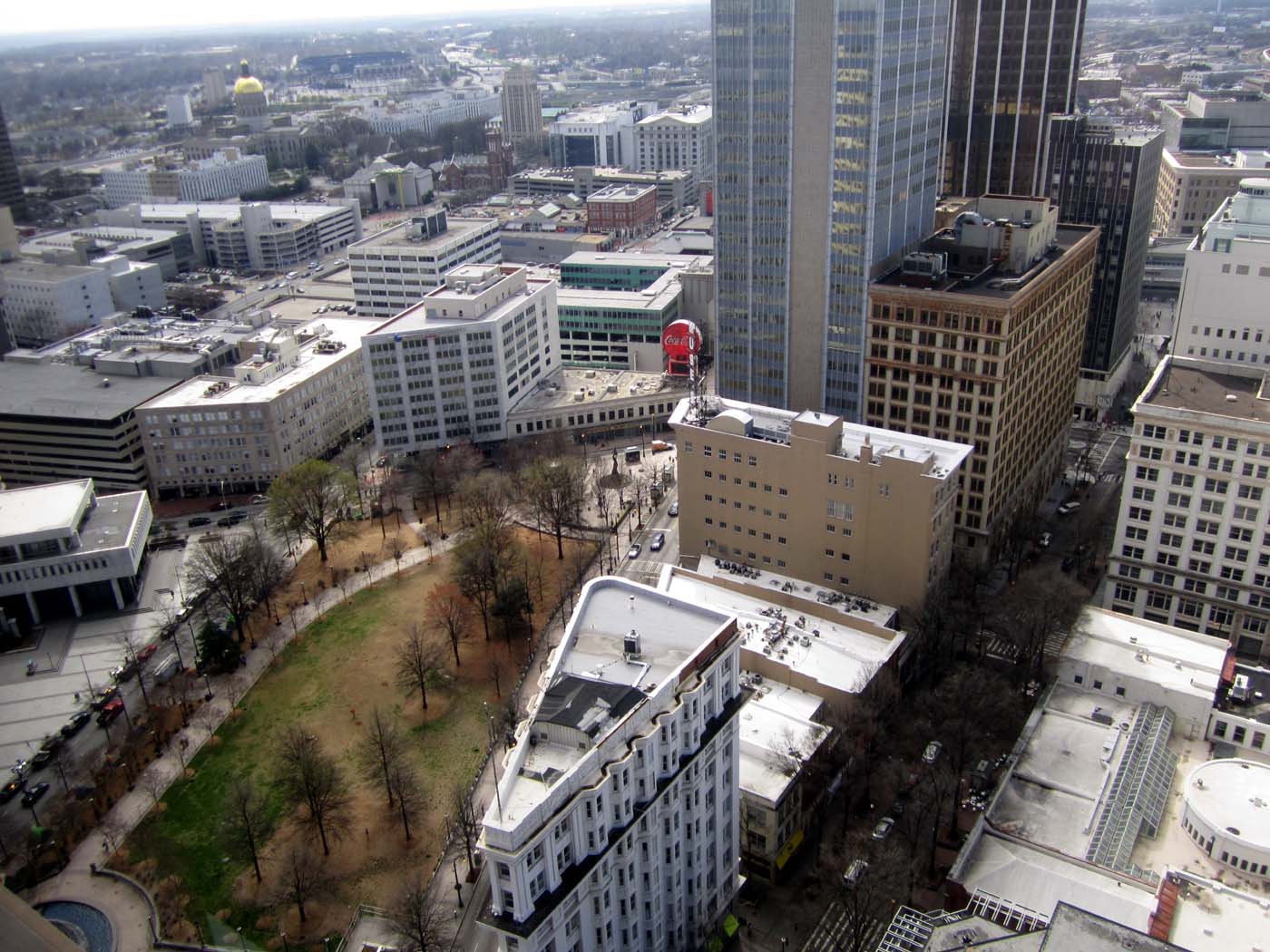 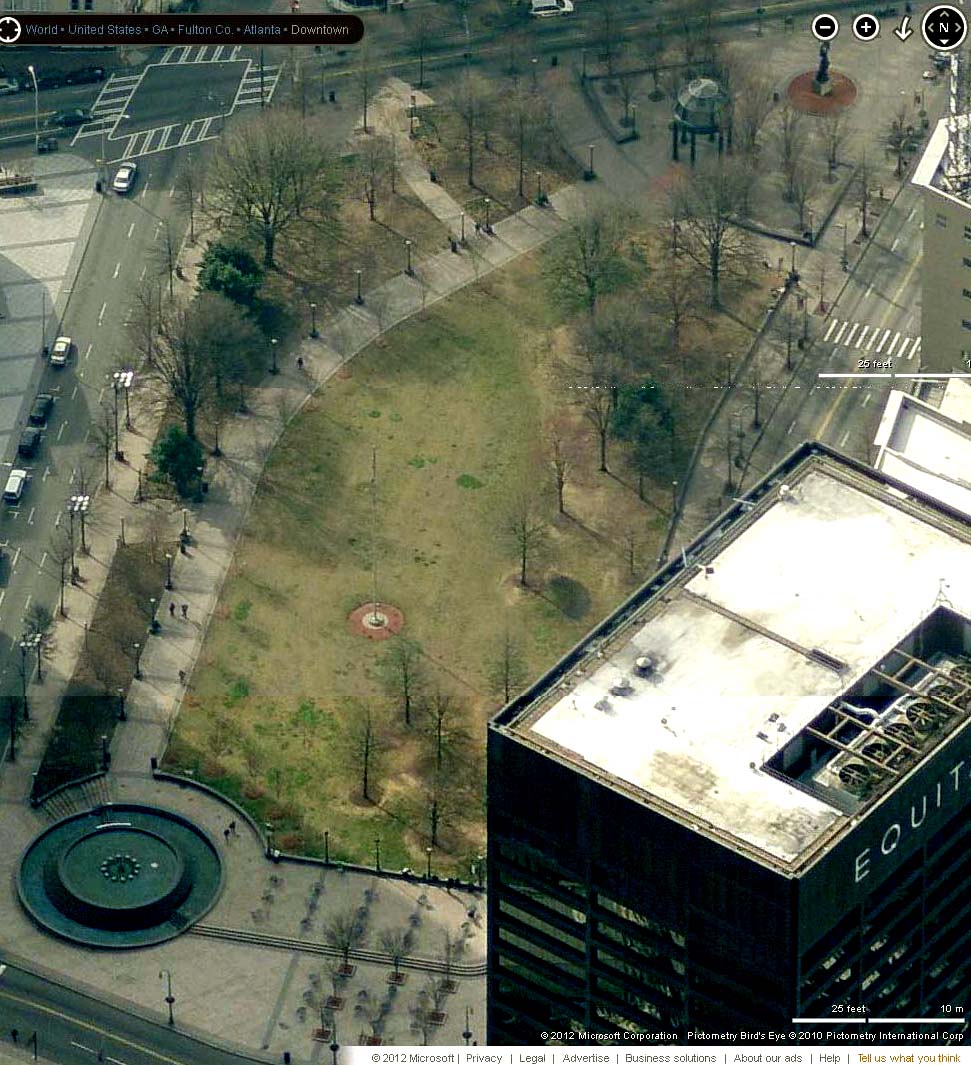