Looking south in 1970 along Courtland Street toward Currier Street, visible on the left.  The substantial building on the right is the Edward Gay House, named for the Civil War Confederate Army captain for whom it was built in 1896.  Gay lived there until his death in 1916 and his family retained ownership until 1956.  Remarkably, it still stands and is one of the very few houses remaining in downtown Atlanta.  The building is situated on land that is now part of the St. Luke's Episcopal Church campus and is now home to the Training And Counseling Center at St. Luke's.  Lower photos: January, 2014.     Google map 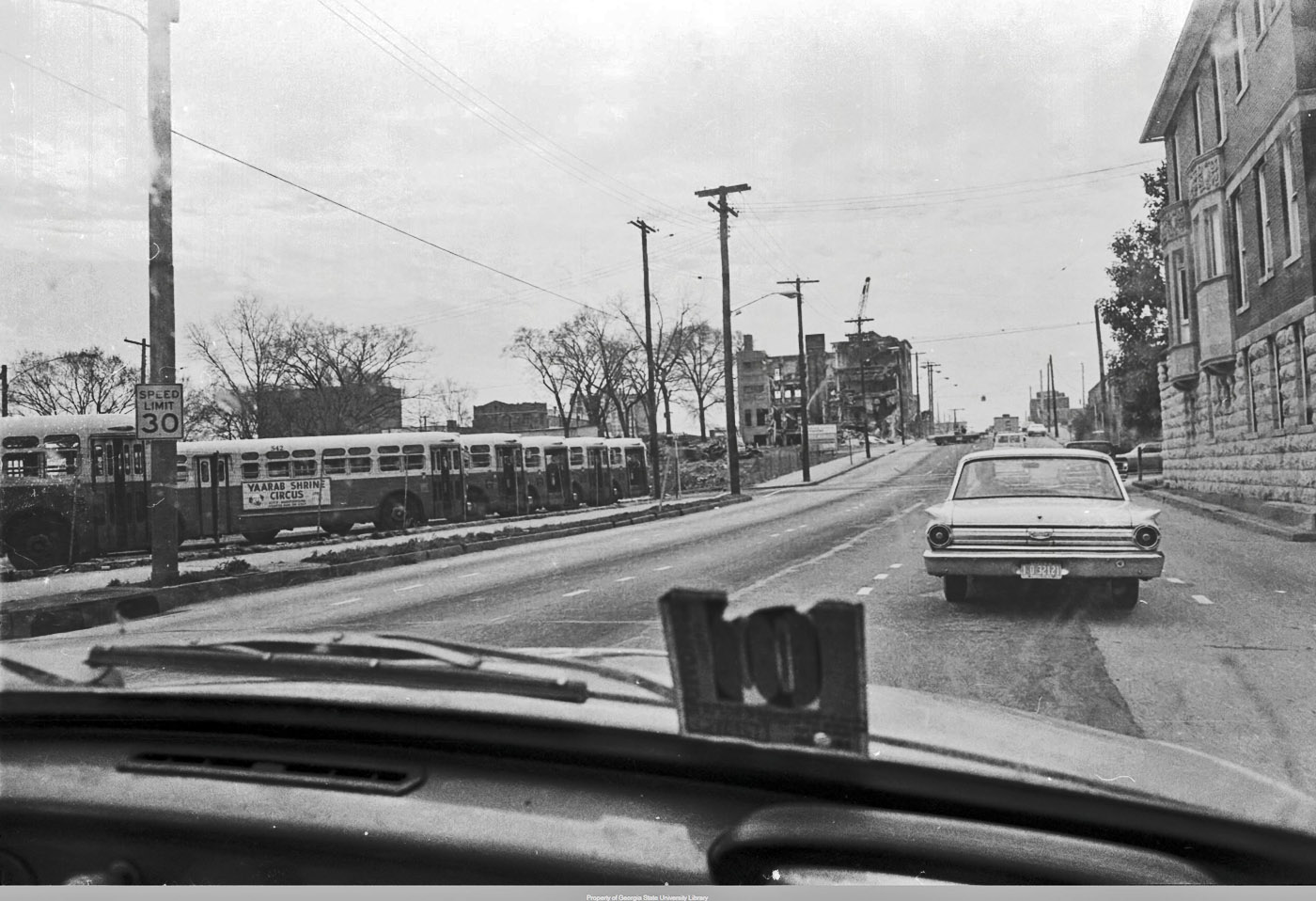 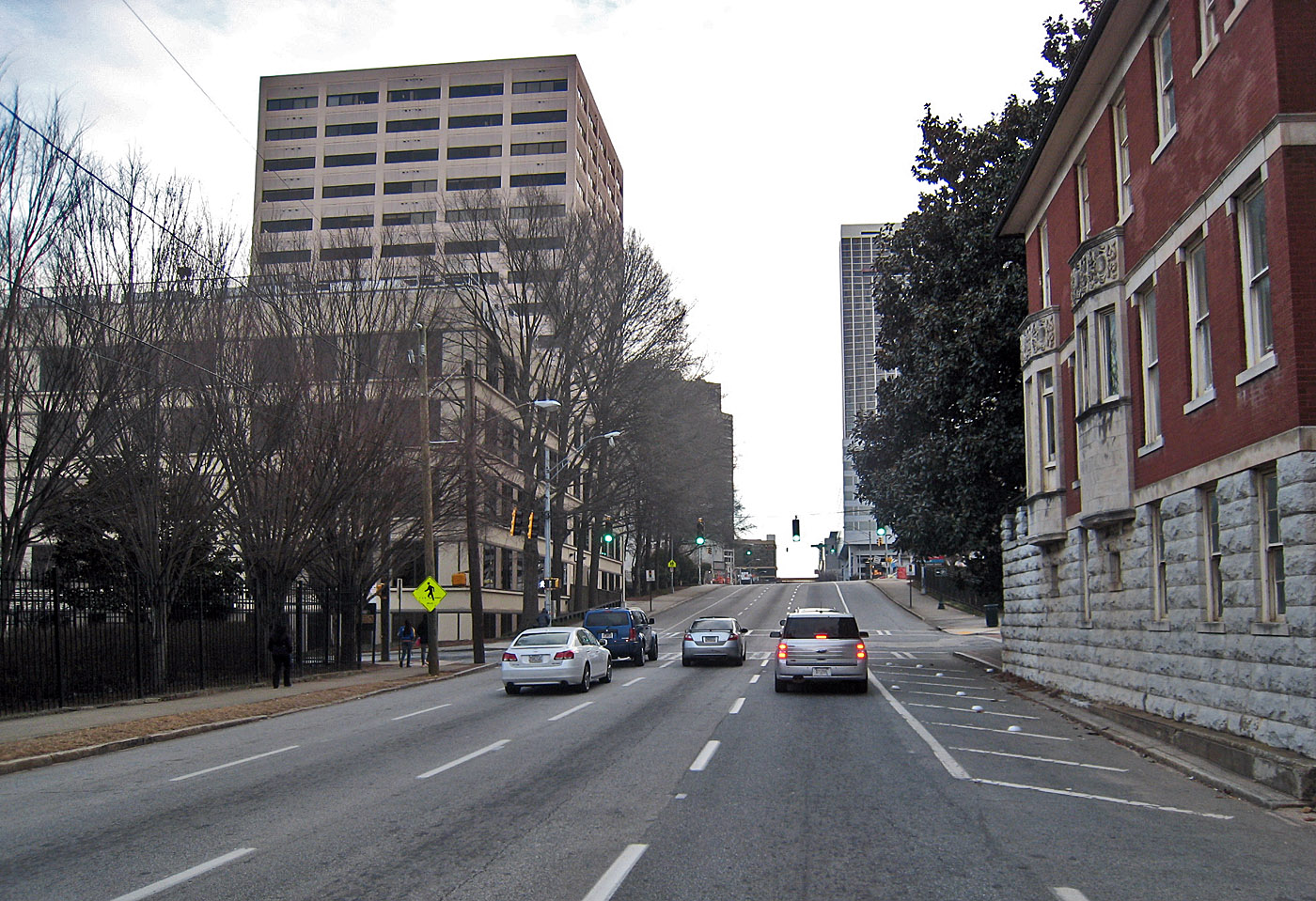 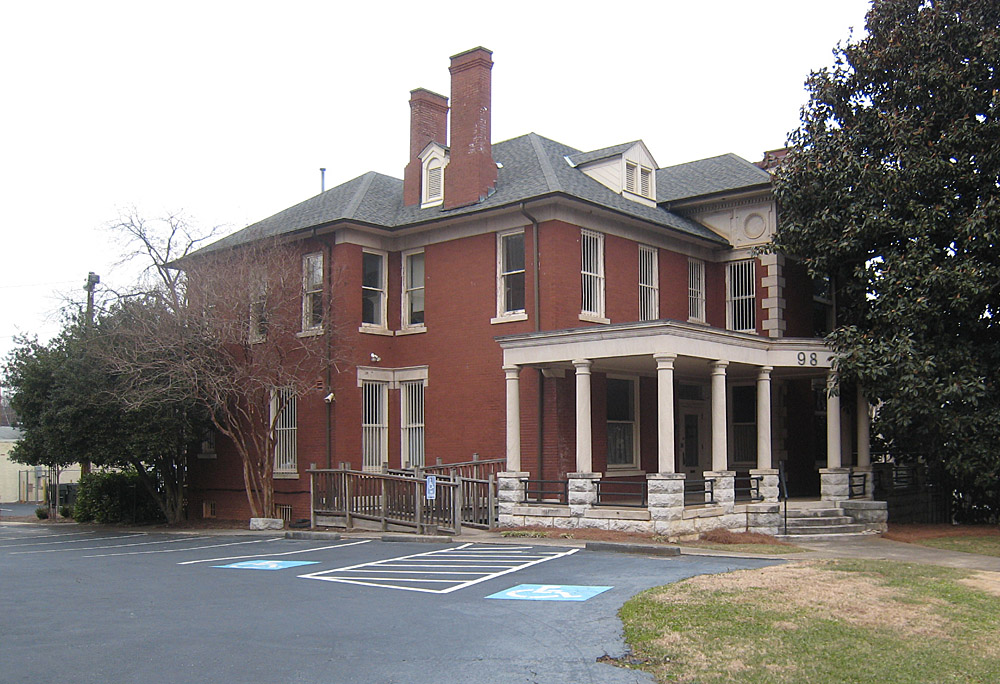