The Davison's department store building was completed in 1927 and still stands at the northwest corner of Peachtree and Ellis Streets.  In the 1980s, Davison's changed its name to Macy's and when this store closed in 2003, it was the last remaining department store in downtown.  Traditionally, the address for this store was 180 Peachtree Street, but from the looks of the sign attached to the side of the building in the lower photo, taken in June 2013, this address has shifted to 200 Peachtree Street.  That's a fairly recent change; a 2005 photo, visible on the "Next Photo" page, shows an almost identical sign with 180 on it.

At the bottom of the 1927 photo, an Atlanta streetcar can be seen and in the 2013 photo, signs are visible of the new streetcar project that was being developed when the picture was taken.  The city's original streetcars ended service in 1949.   Google map 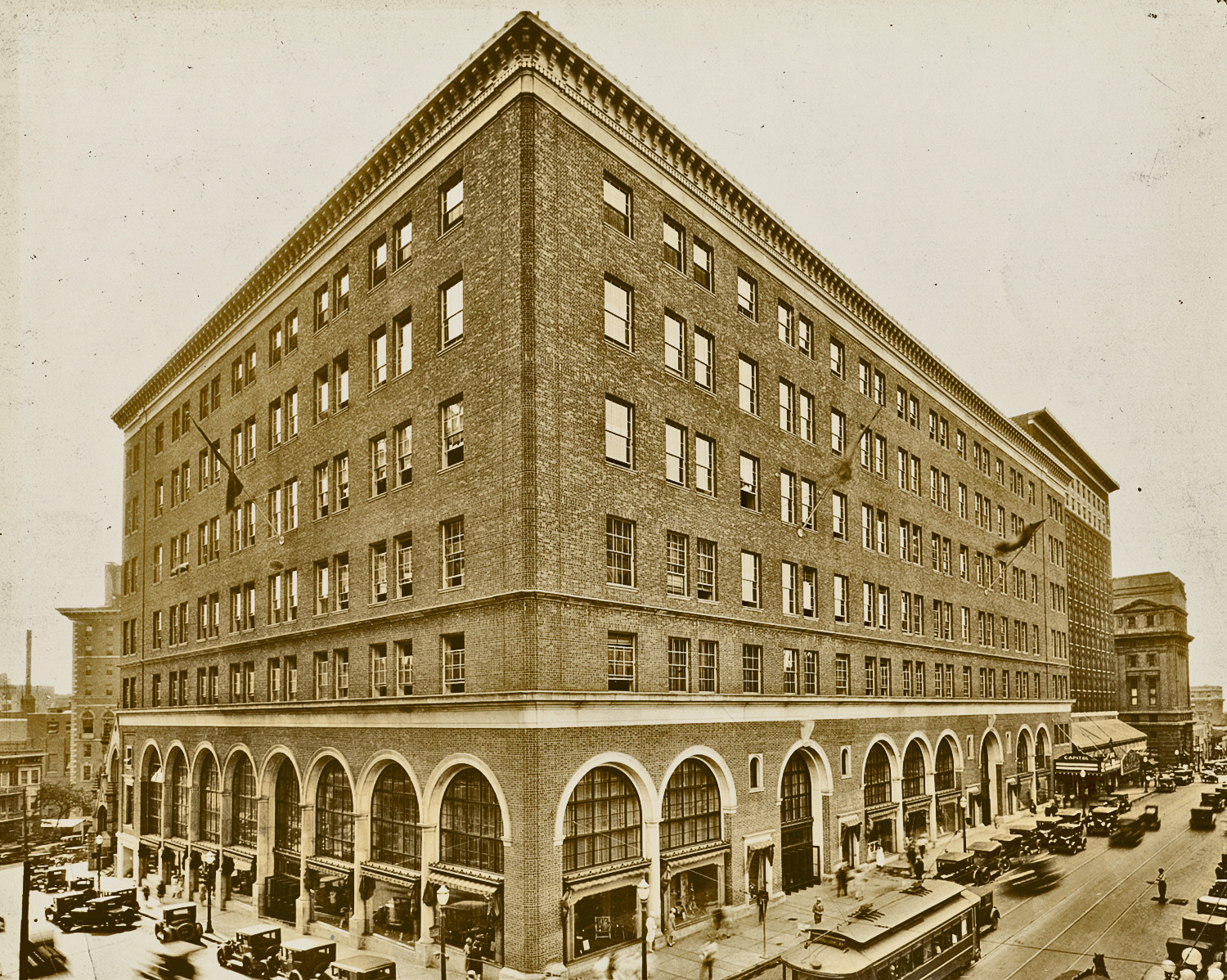 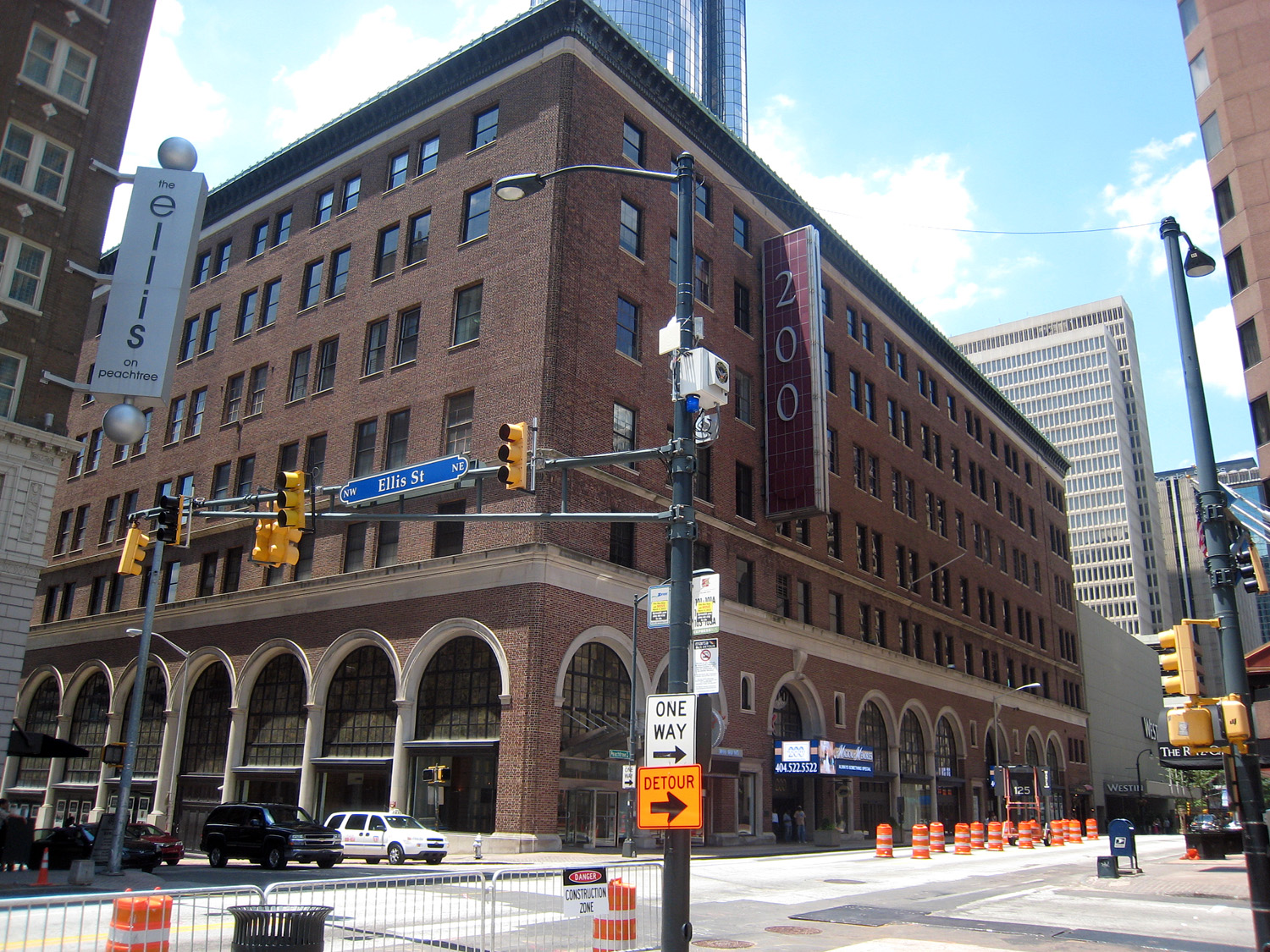