Here's a fine postcard showing the old Downtowner Motor Inn, a nice example of mid-century modern architecture.  The building, which was demolished in the mid 1980s, stood at the SE corner of Harris and Ivy Streets.  These days, that's the SE corner of John Portman Boulevard and Peachtree Center Avenue.  Don't like the new names?  That's OK, in a couple years the Atlanta city council will probably rename both streets again and maybe you'll like those names better.     Google map 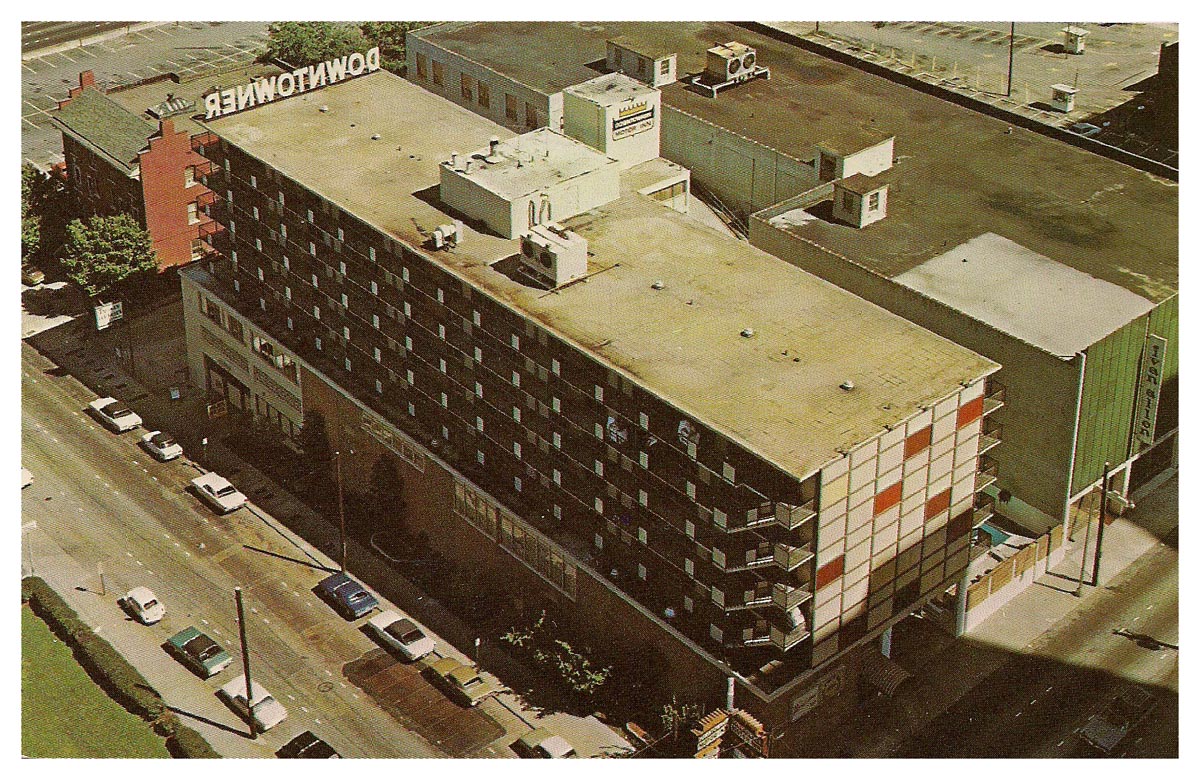 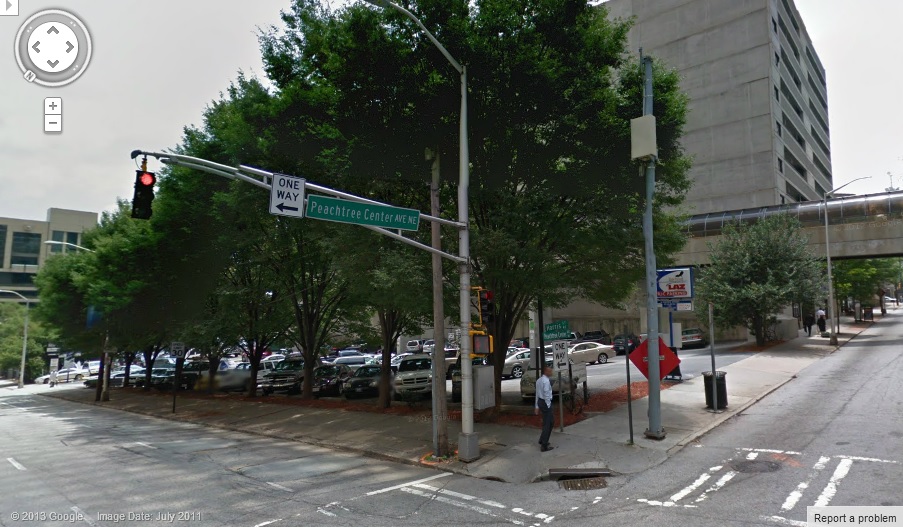 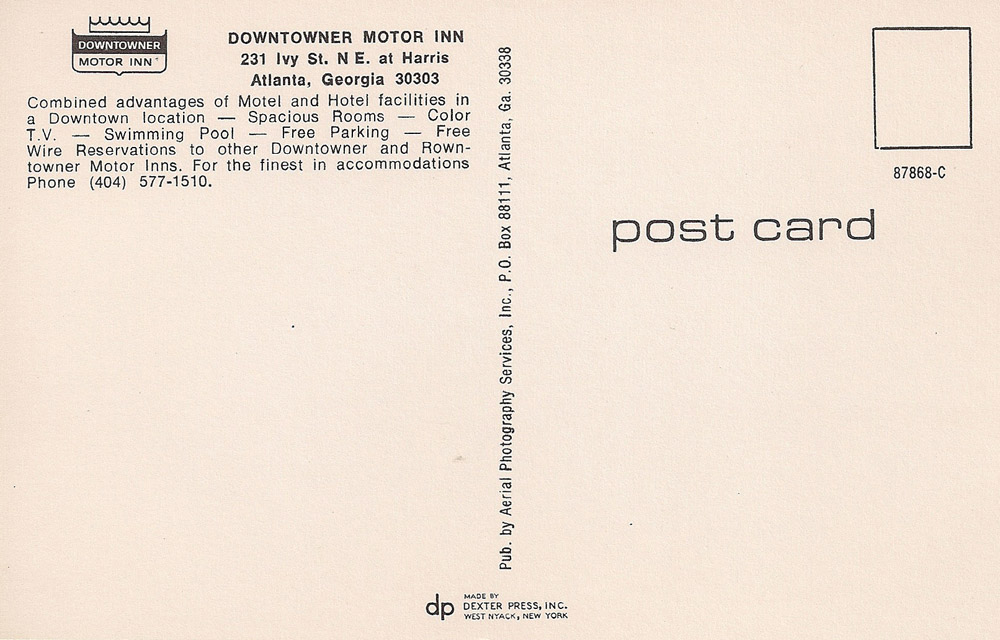 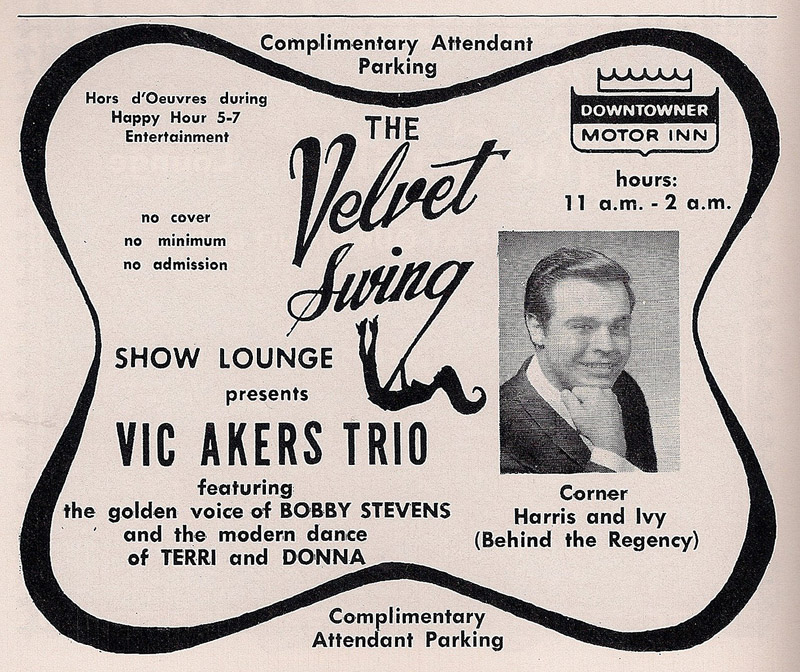 Above: The Velvet Swing nightclub operated within the Downtowner Motor Inn.  Appearing there in January 1968  was the Vic Akers Trio featuring the "golden voice of Bobby Stevens" along with dancers Terri and Donna.