Here's a 1948 aerial photo taken when the downtown connector was being built through the heart of the city of Atlanta.  Visible near the lower right corner is the Varsity, marked on this photo by a bright red V for those who might be trying to get their bearings.  This photo, along with a ton of other great shots, can be seen in the 2007 volume Historic Photos Of Atlanta by Michael Rose of the Atlanta History Center.

Rose: "Two years earlier, the city had approved a highway program for a limited-access highway through downtown Atlanta.  This project laid the groundwork for combining with the national interstate system in which six highways now connect in Atlanta." A 1950 photo showing the highway being built underneath the Fifth Street bridge can be seen here. 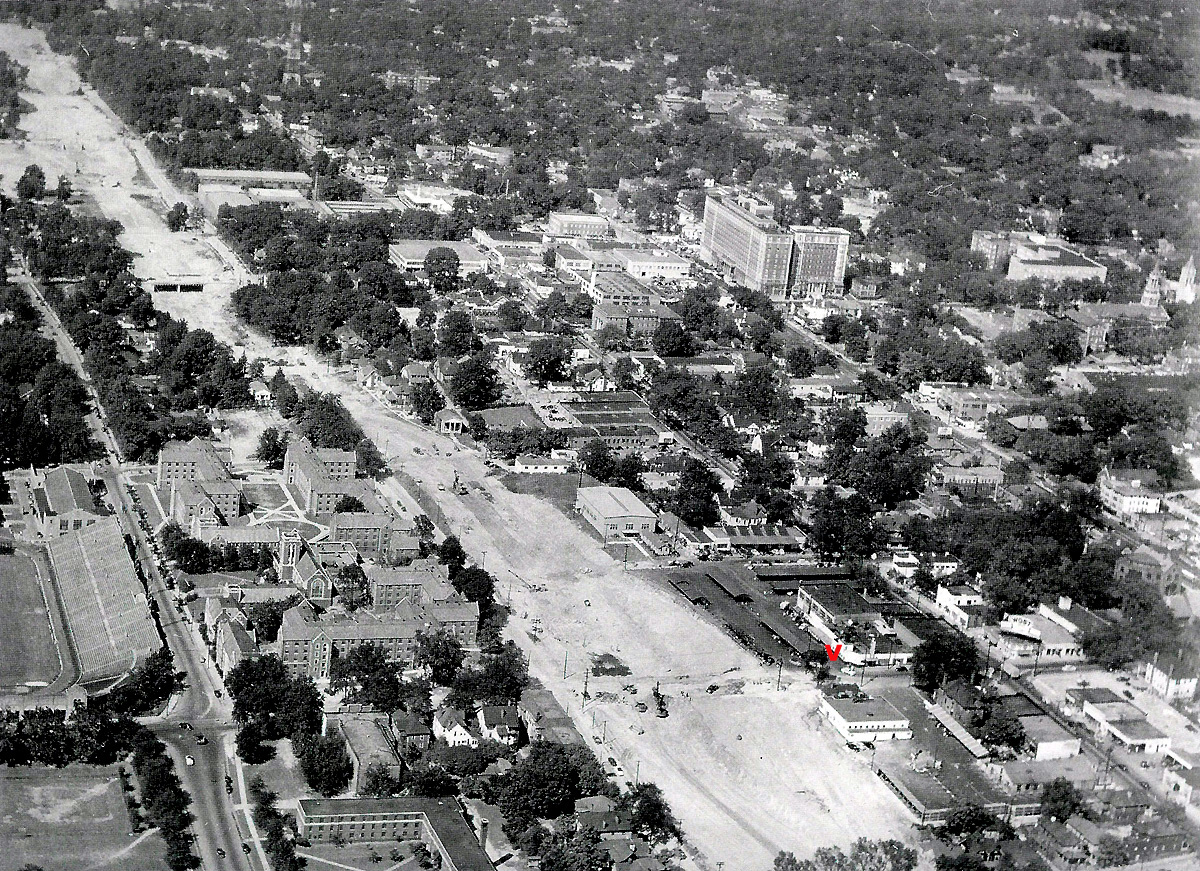