Seen below are several images related to Atlanta's historic Ebenezer Baptist Church, located at 407 Auburn Avenue NE in the heart of the Sweet Auburn Historic District.  The top image is a postcard view of Ebenezer Baptist Church, built in 1922 and celebrated for the fact that civil rights leader Reverend Martin Luther King Jr. was the pastor from 1960 until his death in April 1968.  In 1964, Reverend King won a Nobel Peace Prize for his efforts to win civil rights for all Americans.

Beginning in 2007, the church was closed for work on the second phase of a major renovation project to return the building to its 1960s appearance.  The National Park Service is overseeing the project which will include restoration of the original wall colors, hardwood flooring, pews, pulpit, altar, stained glass windows, baptismal pool, exterior masonry and the sidewalk.  The work is expected to be completed in 2011. 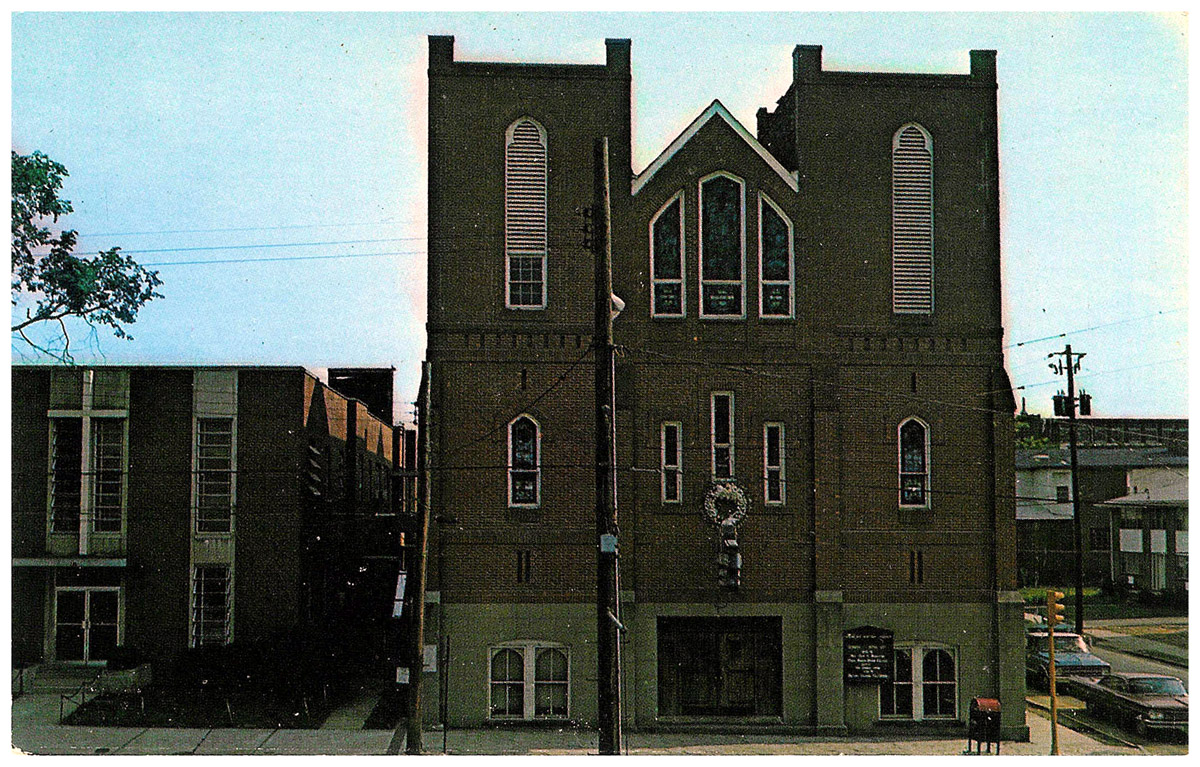 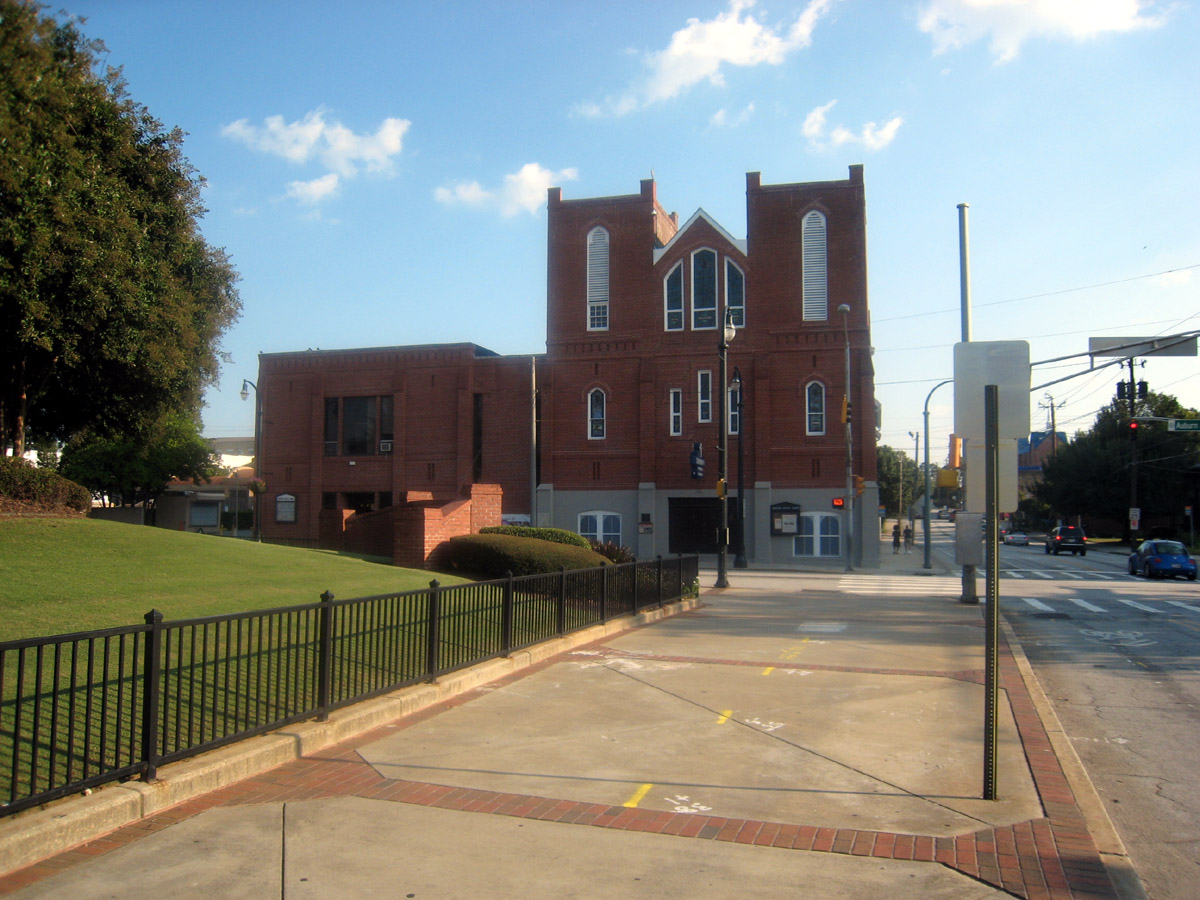 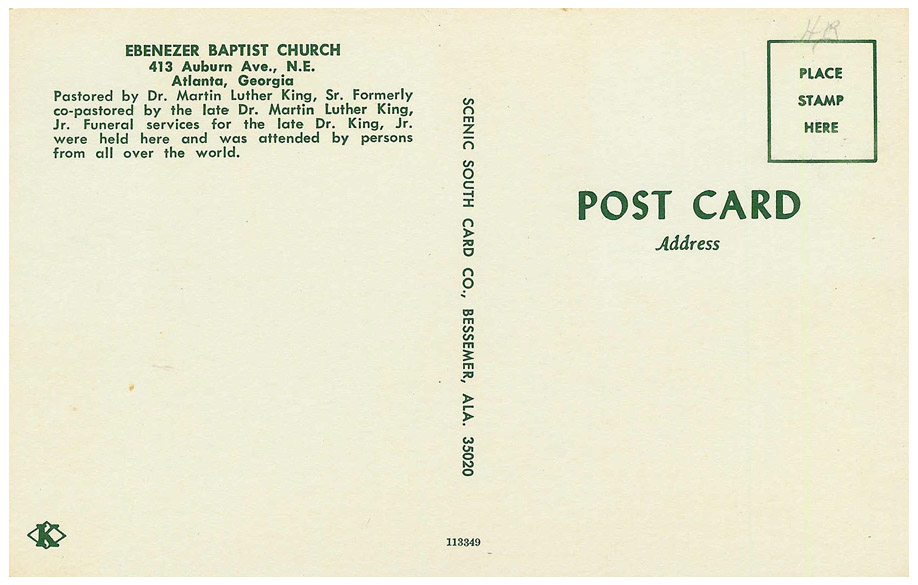 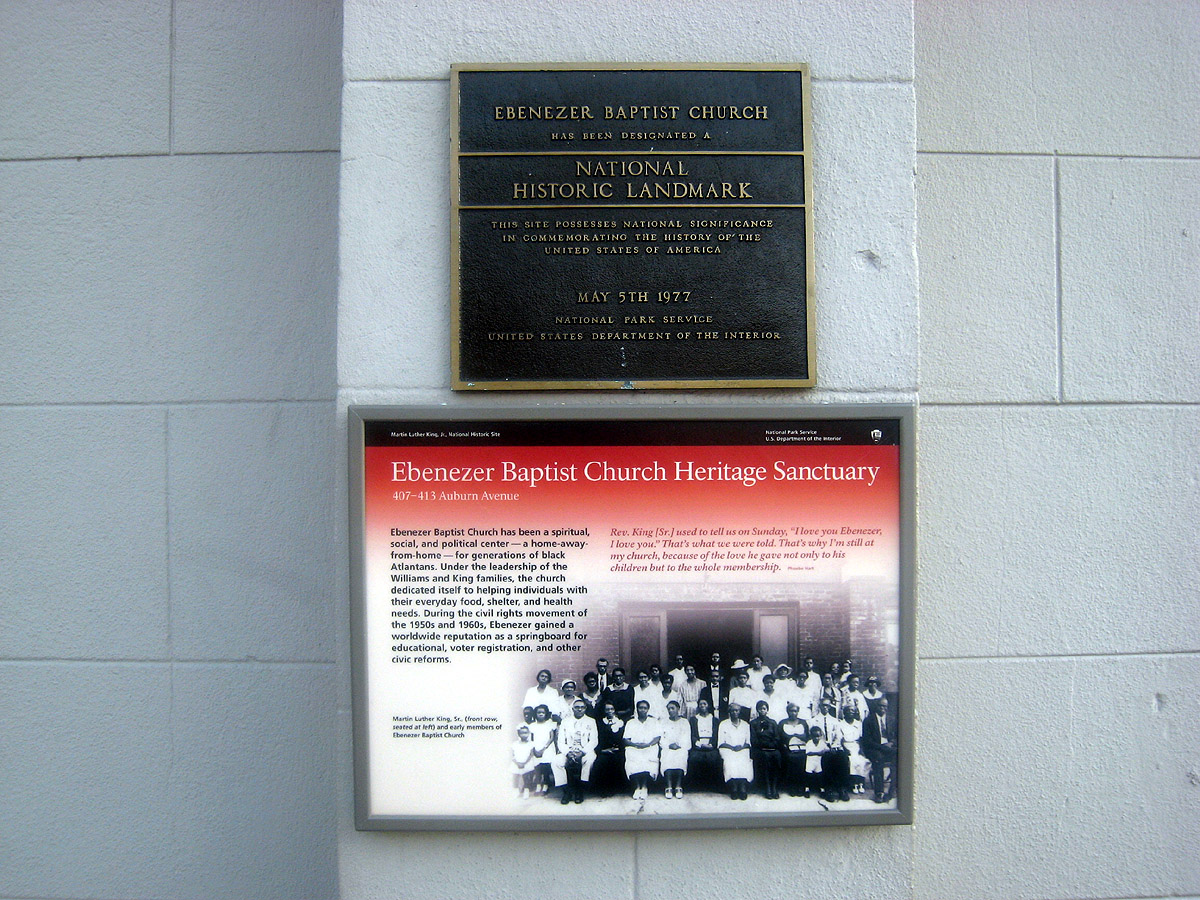 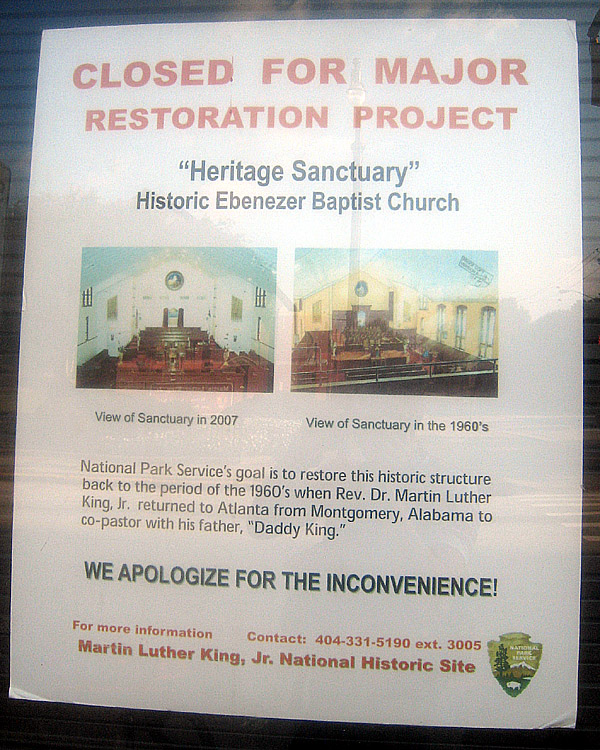