This 1960 photo shows the view looking east down North Avenue toward Peachtree Street during the construction of a branch of the First National Bank.  The main office, located a little less than a mile south at Five Points, can be seen on this postcard.  In 2006, the beautiful building, a better picture of which can be seen on the next page, was demolished to make way for two residential condo towers that never came to be.  In March 2013, construction began on the Emory Proton Therapy Center which will occupy this spot.  Thanks to Clinton Gilliland for sharing this photo, which he took while a student at Georgia Tech.       Google map

Partially visible on the right is the Majestic Diner.  Until I saw this photo, I had no idea there used to be a Majestic on North Avenue.  The one on Ponce is a landmark, of course, and I knew there used to be one on West Peachtree (near Fifth Street), but this discovery makes a total of at least three Majestics. 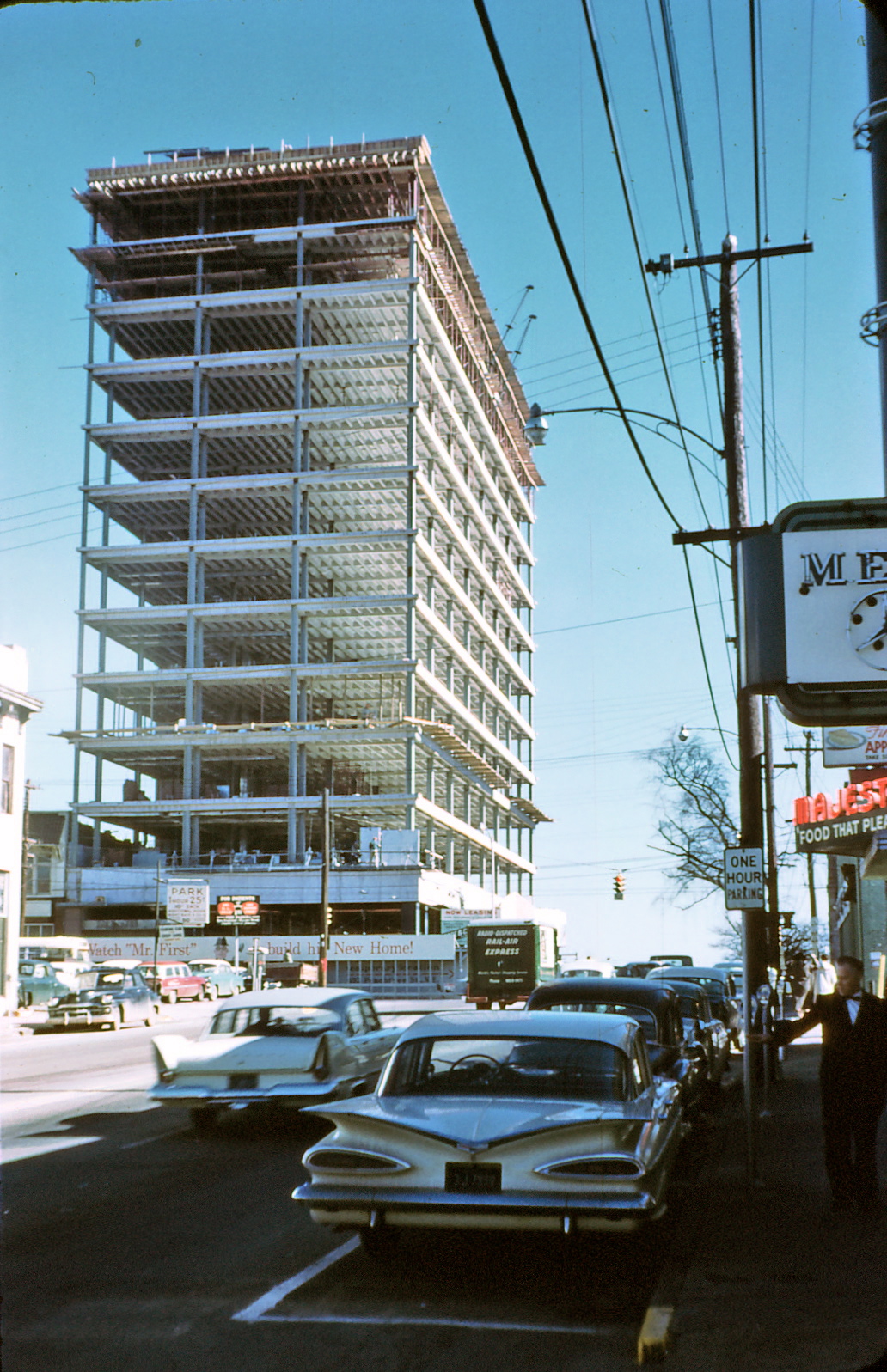 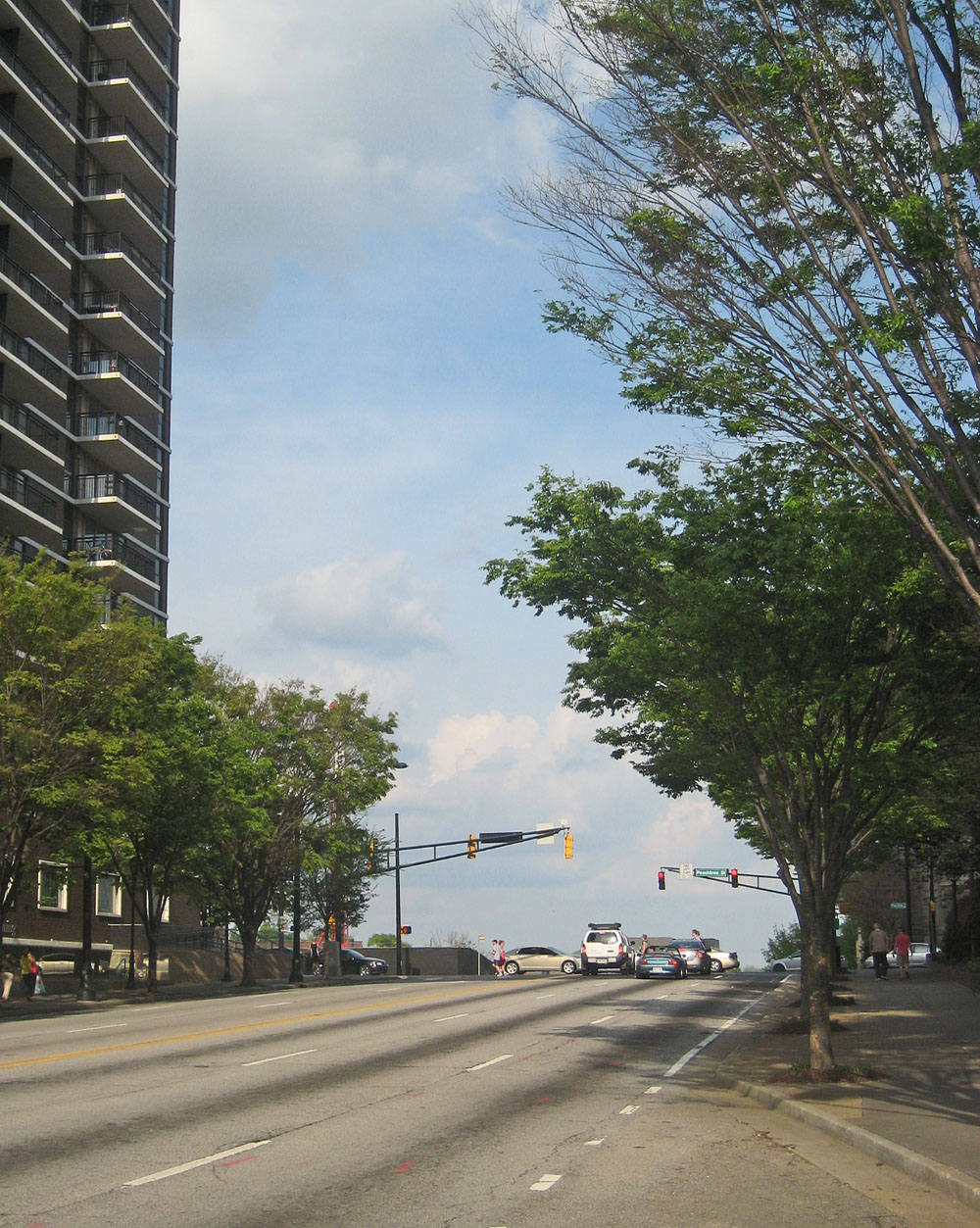