This 1959 photo shows the International Association of Machinists' building at 157 Forsyth Street SW on the south side of downtown.  It's still there but was significantly changed in a very unflattering way at some point for reasons unknown, at least to me.  The trade union dates back to 1888, when it was formed right here in Atlanta by a group of railroad machinists.  The organization is now known as the International Association of Machinists And Aerospace Workers and its headquarters can be found on Virginia Avenue, just north of the airport.

Two buildings to the right of 157 Forsyth, at the corner of Forsyth and Trinity Streets, stands (barely) a brick facade that fronts a hollowed-out and mostly destroyed building.  See two not very contemporary photos below.  They were taken in 2009 and have languished on my computer for five years now!  Photo courtesy of the Ga. State University Library Archives, file #N_6171_a.    Google map 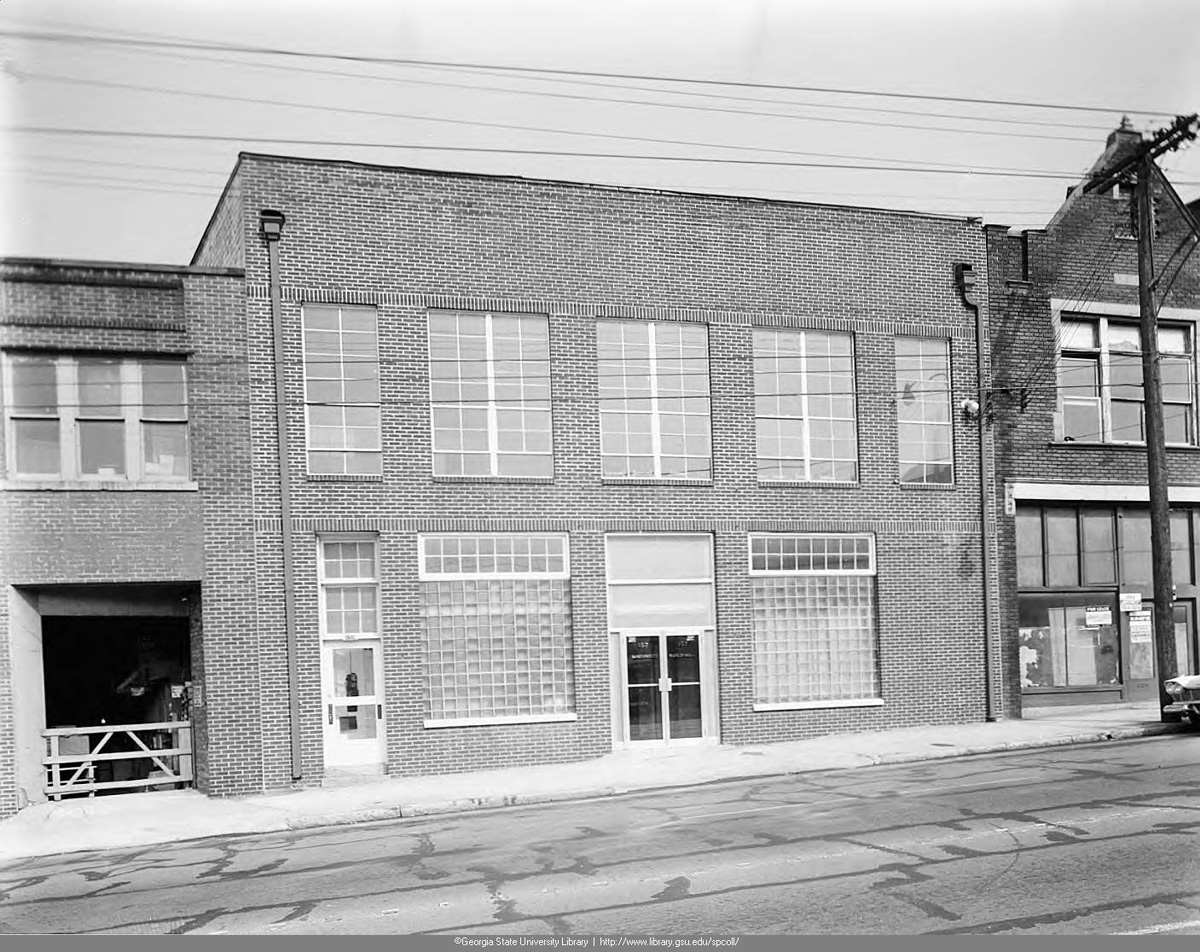 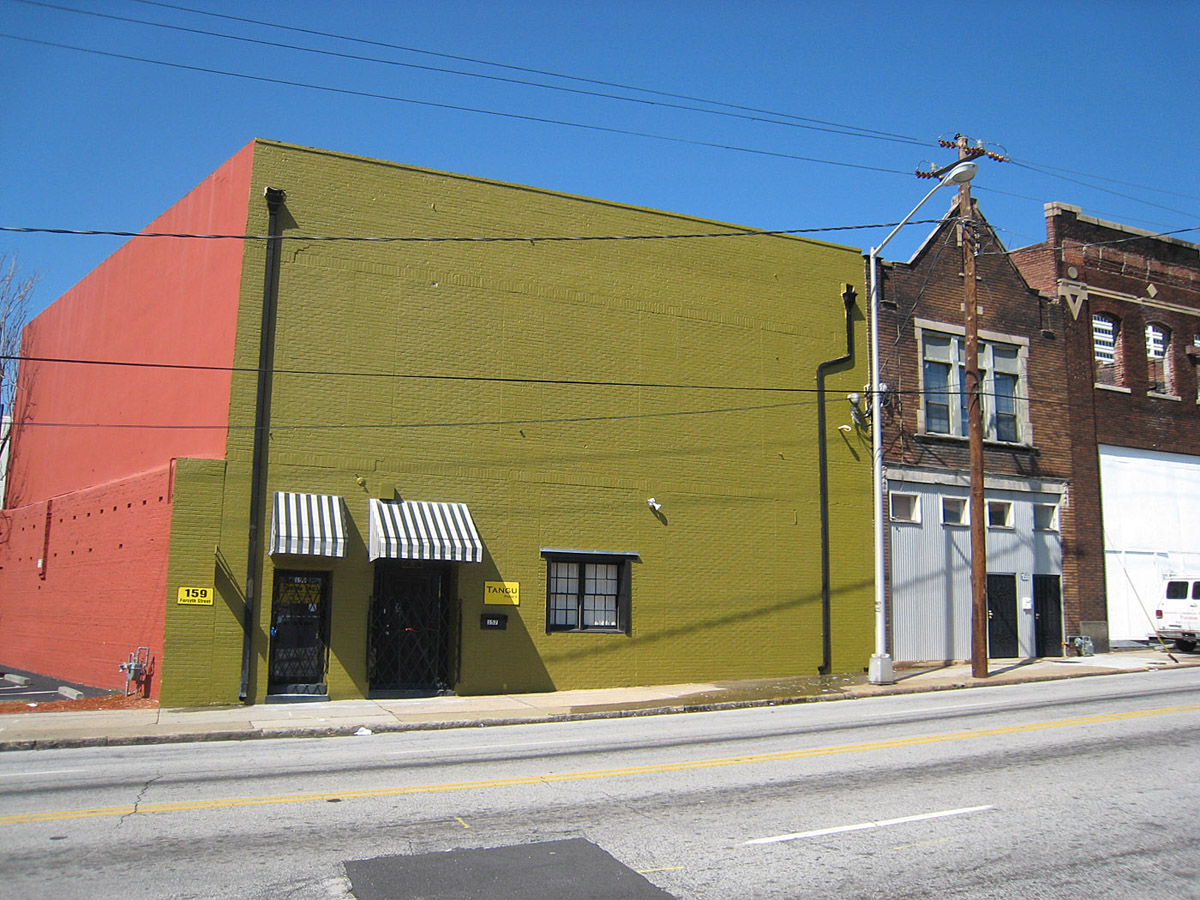 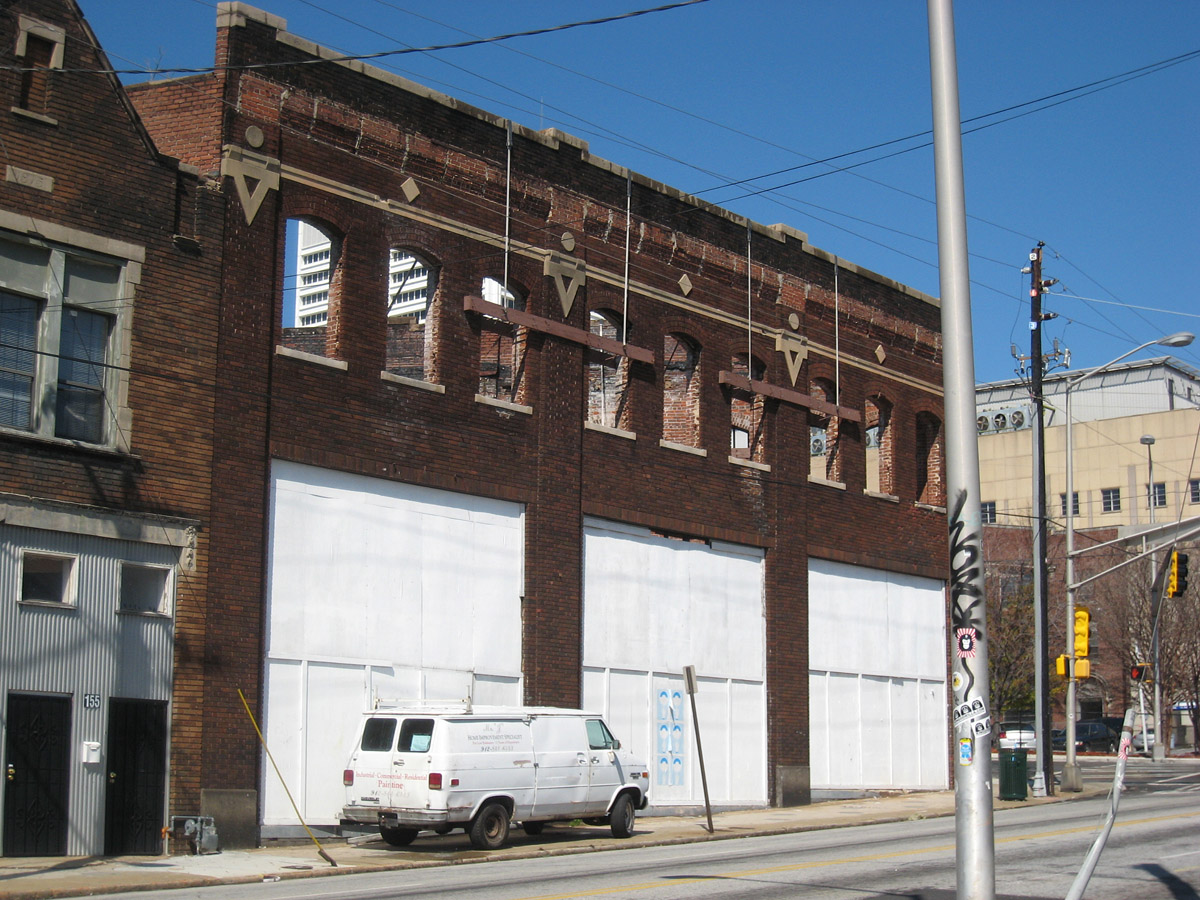