The view here is looking south along Peachtree Street from Cain Street (now Andrew Young International Boulevard).  At the center of the photo is the Macy's building, completed in 1927, which is probably pretty close to when this undated photo was taken.  At the lower left, you can see the steps for the First Baptist Church.  Also worth mentioning are the two movie theatres visible in the foreground, the Capitol Theatre and the Georgia Theatre, later known as the Roxy.  Amazingly, the Georgia Theatre, which hosted plays and vaudeville shows in addition to showing movies, had a seating capacity of 2,500 according to the Atlanta History Center. 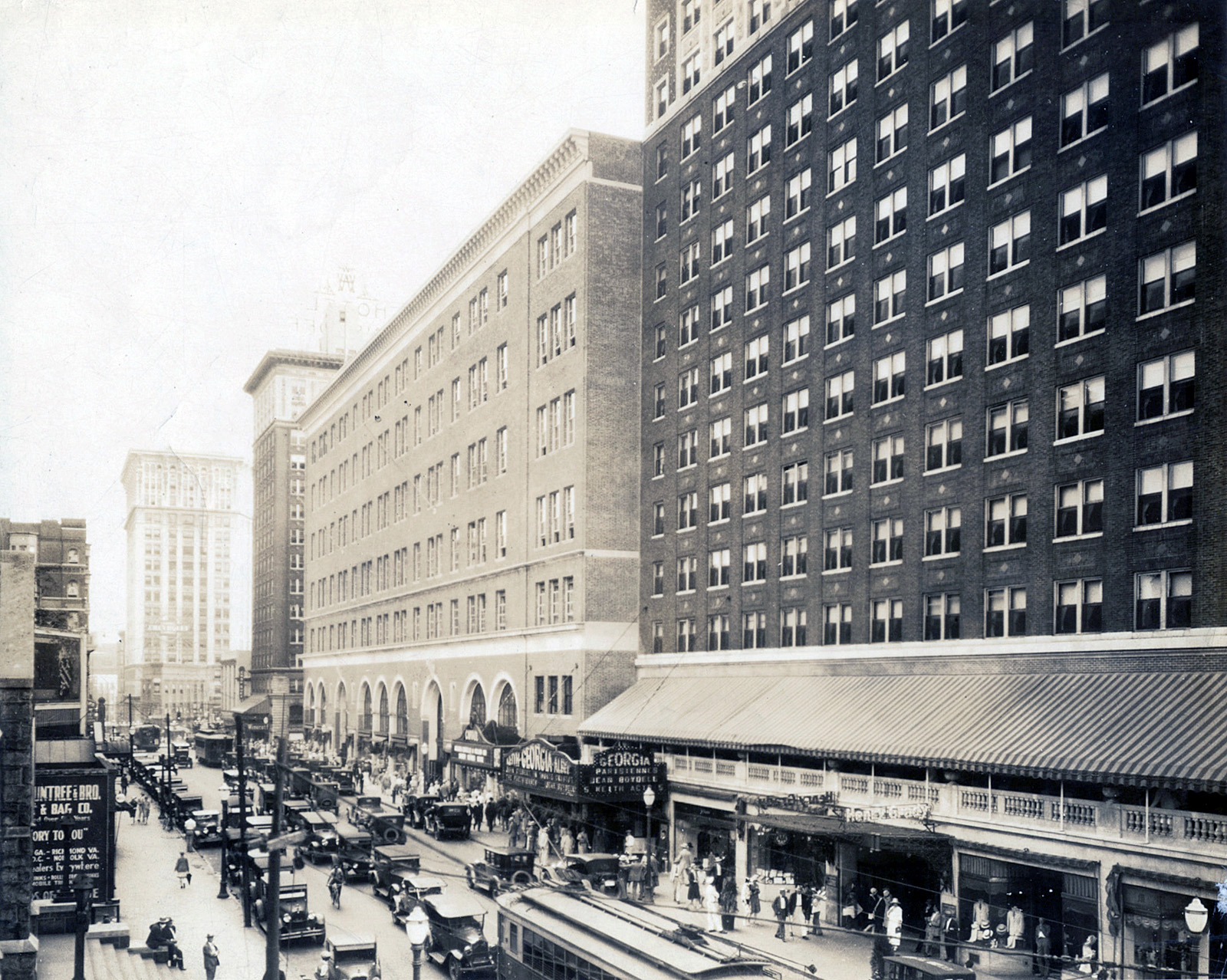 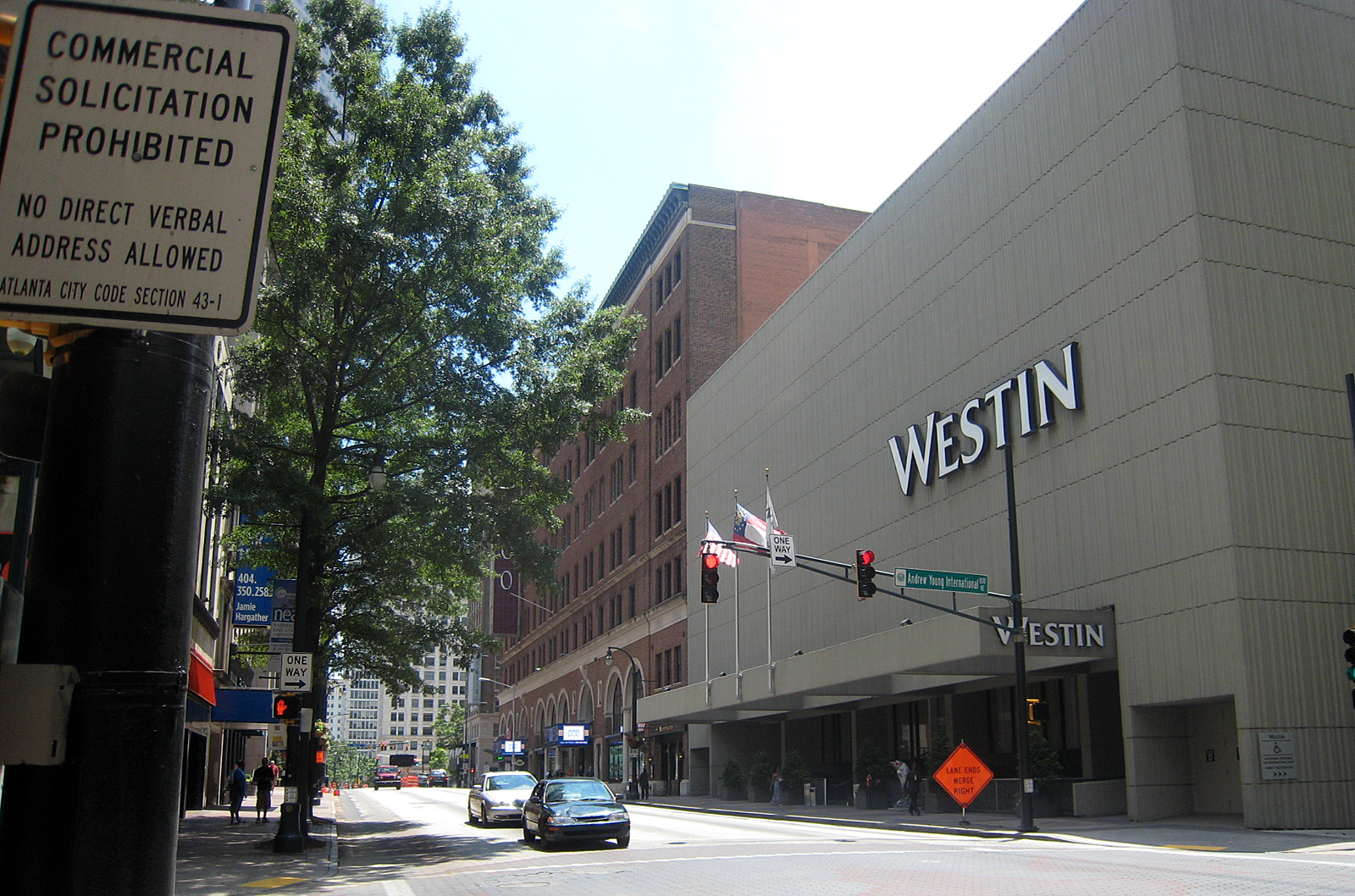