Here's a circa 1940 photo showing a train preparing to pull out of Union Station.  I had a very hard time placing this photo until historian and architect Jeff Morrison stepped in and explained it to me.  If you want to know more about Atlanta history and its connection to the railroad gulch, by all means take Jeff's informative tour (details below). 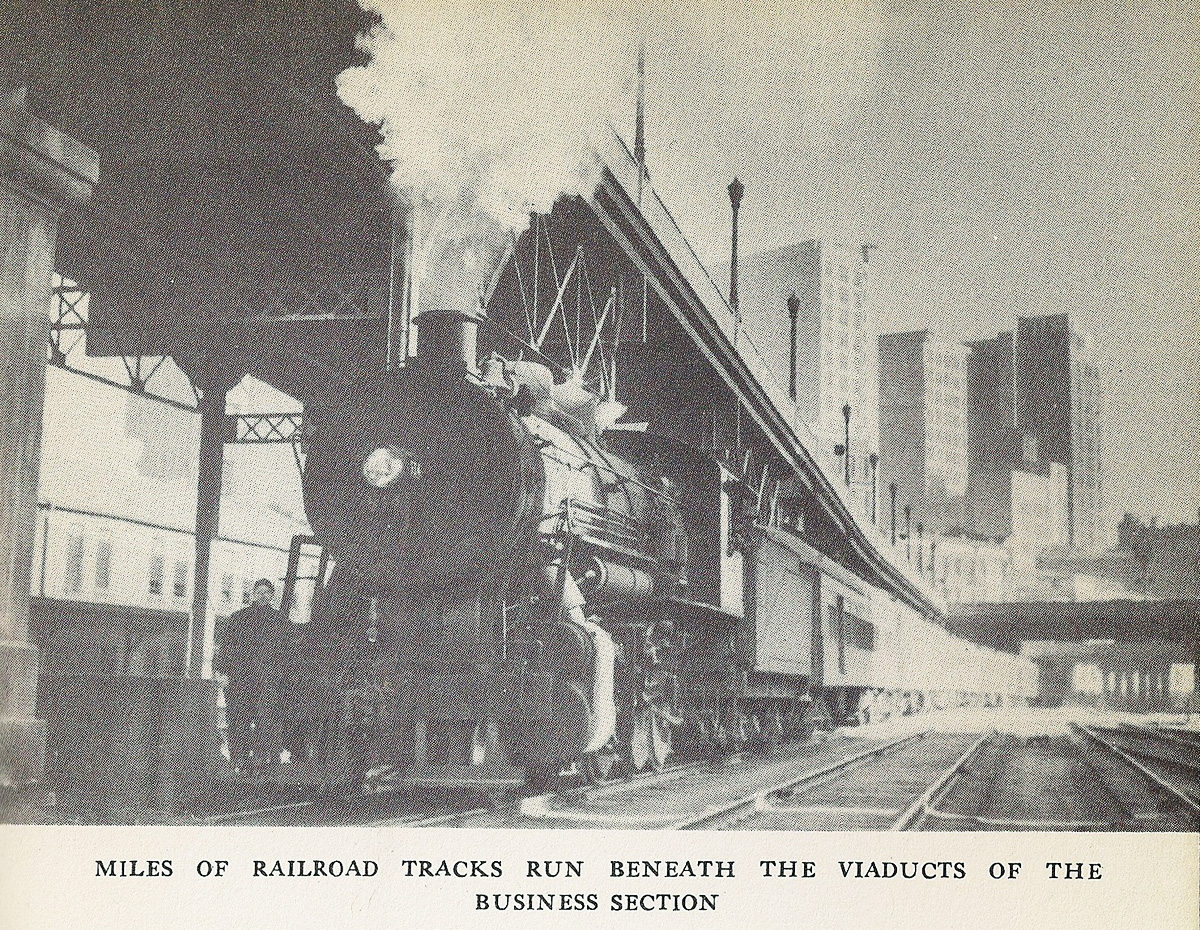 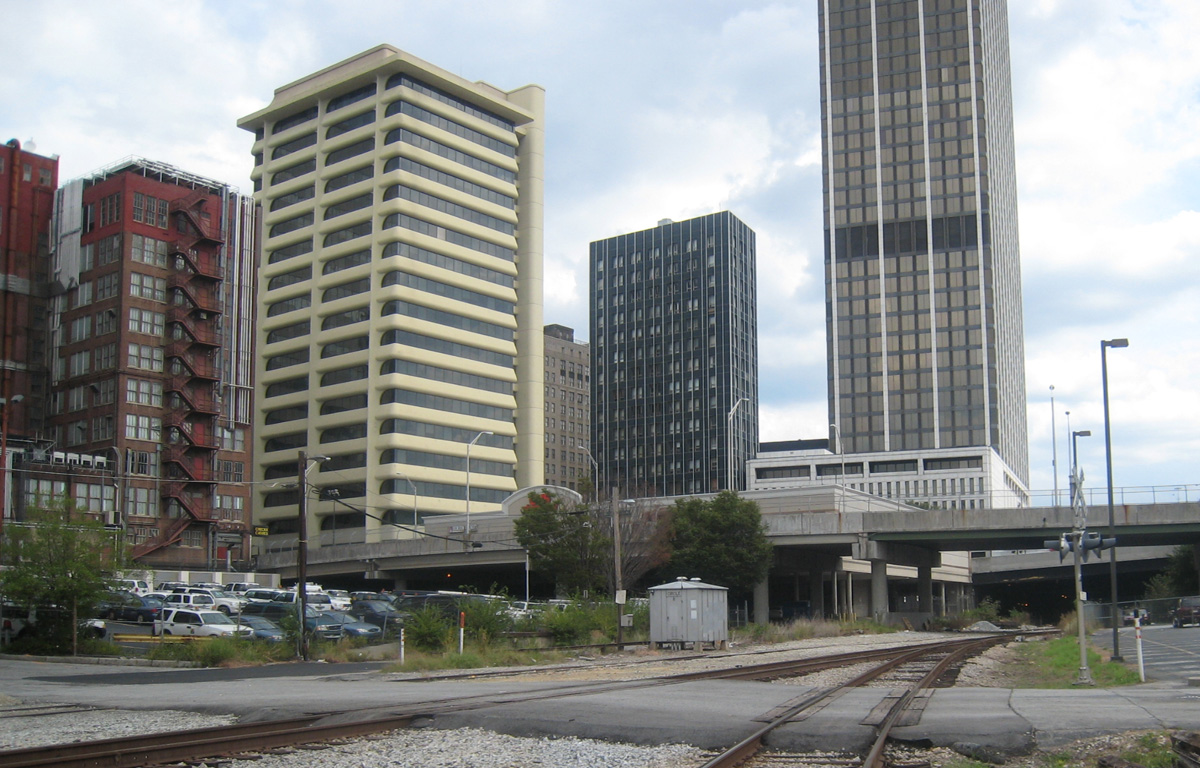 Above: a 1946 aerial photo from the Georgia State University Archives (file #LBGPF6-037c), showing the former Wall Street viaduct that connected with Spring Street (visible along the photo's right edge) and which can be seen in the photo at the top of this page.  Also visible in this shot is the then brand new Atlanta Constitution building, which is now in ruins and can be seen in the background of the photo directly below. 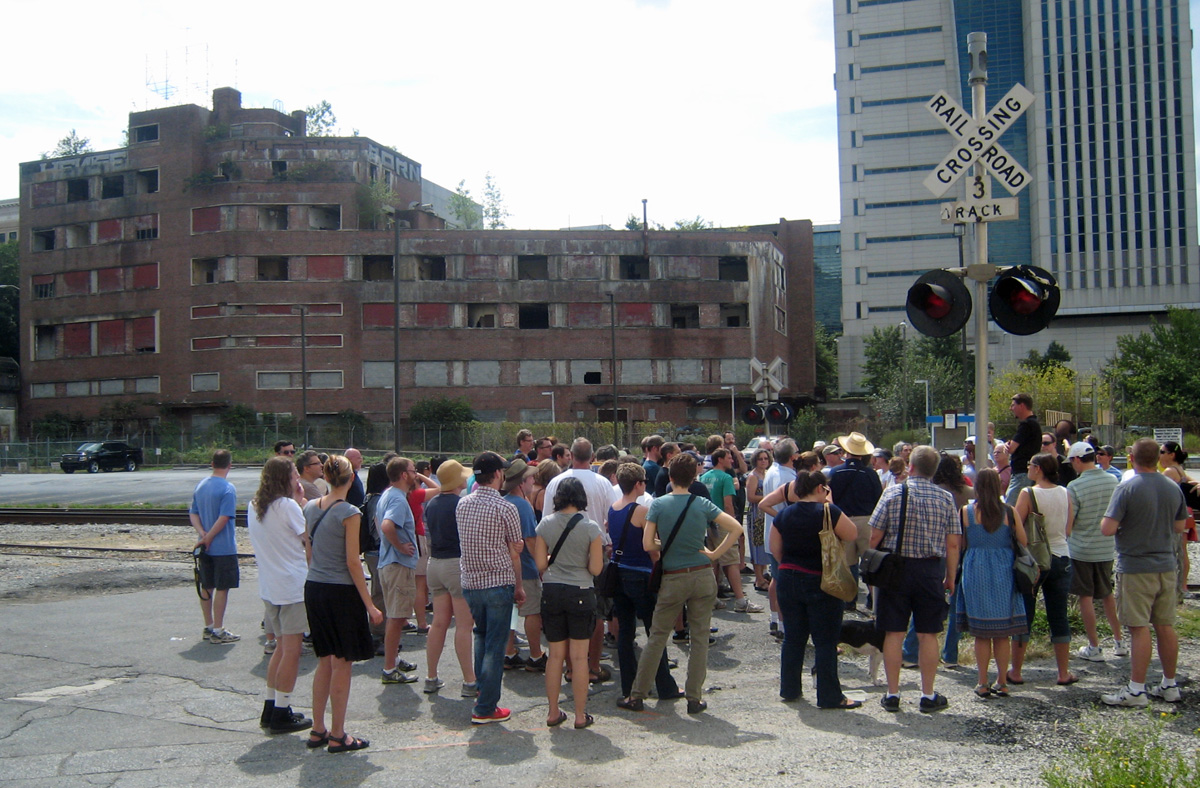 Above: At the site of the old Union Station, Jeff Morrison shares his considerable expertise about the railroad gulch in downtown Atlanta.  His tour is called the Unseen Underground Walking Tour and it's a unique walking tour of the area known as the Railroad Gulch.  This includes the railroad junction that was the very reason for Atlanta's existence, the zero milepost marker at the center of it all, the elevated viaducts that allowed the streets to span over the tracks and created the "underground" condition, and the various railroad stations that are all long since gone.  In the process, he takes the crowd through a surreal network of spaces concealed beneath the city streets.  And along the way you'll  learn some fun history about how this area has shaped the growth of our city from the very beginning.