This 1956 photo looks to the northwest from Luckie Street near the intersection of Luckie and Forsyth Streets.  Herren's Restaurant (84 Luckie Street) is visible on the left.  It was opened in 1934 by prizefighter Charlie "Red" Herren.  In 1939 Guido Negri bought the restaurant and the business stayed in the Negri family until Herren's closed in 1987.  Herren's is noted for being downtown Atlanta's first restaurant to voluntarily desegregate, which they did in 1962. Photo courtesy of the Georgia State University Library Archives, file #N05-079a. 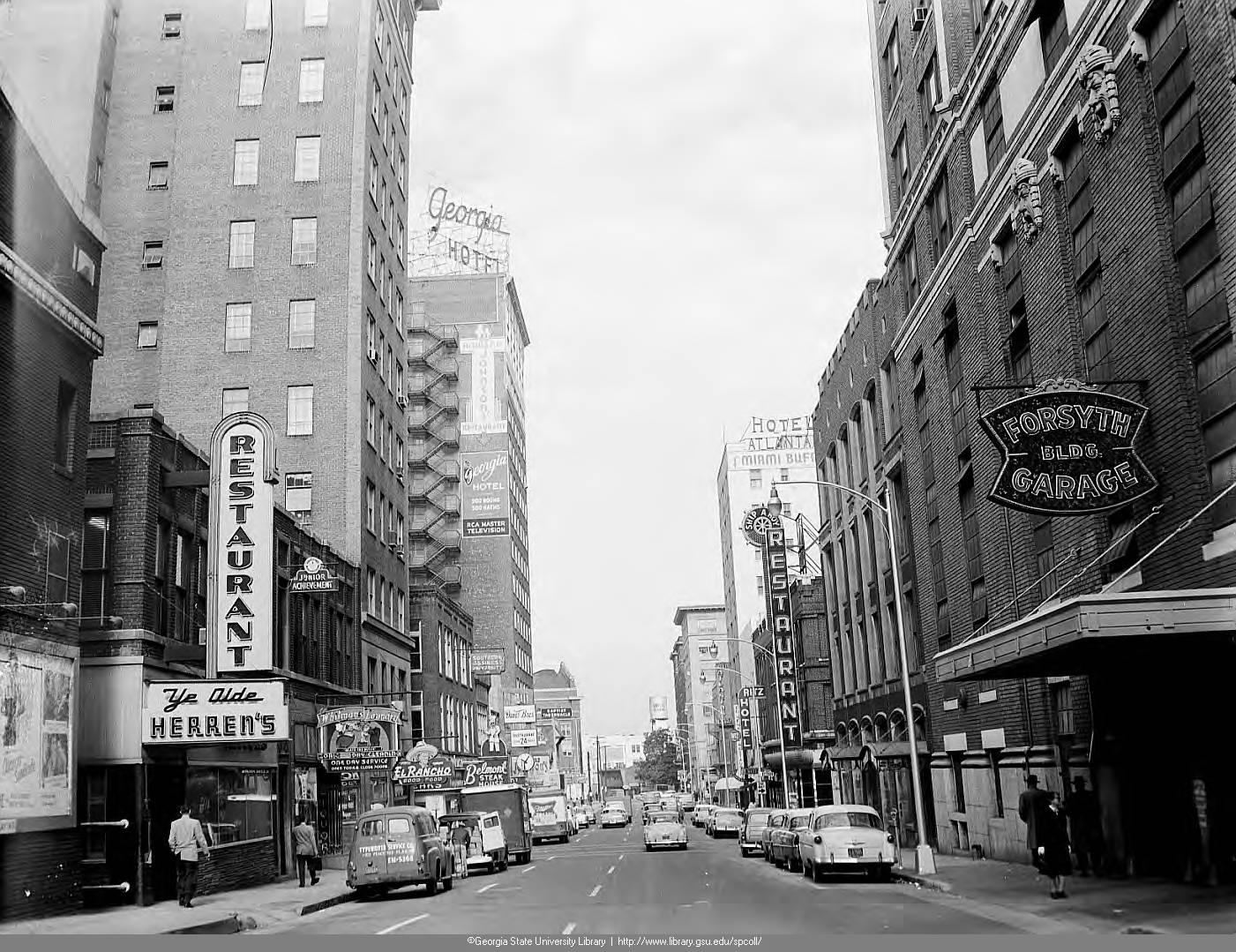