Seen on this postcard is the interior of the Regency Hyatt House hotel, located at 265 Peachtree Street NE.  When it opened in 1967, the Regency's groundbreaking 22-story atrium was a dramatic departure from most hotel architecture of its day.  Travelers and Atlanta citizens alike were drawn downtown to check out the building's futuristic design, which included the revolving Polaris restaurant nestled under the blue dome that tops the building.   (Google map)

In the foreground, we see a handful of Marcel Breuer's Wassily chairs.  One of the chair's most striking features was the bent tubular steel frame, a design that was influenced by Breuer's appreciation for the handlebars on his bicycle.  Breuer's original version of this chair was produced in 1925.  In the 1960s, when an Italian company revived the design, it was christened the Wassily, a reference to painter Wassily Kandinsky who reportedly had great affection for the chair's unusual design.

Breuer (1902 - 1981) was a Hungarian-born designer and architect who was also responsible for the design of Atlanta's Downtown Central Library. 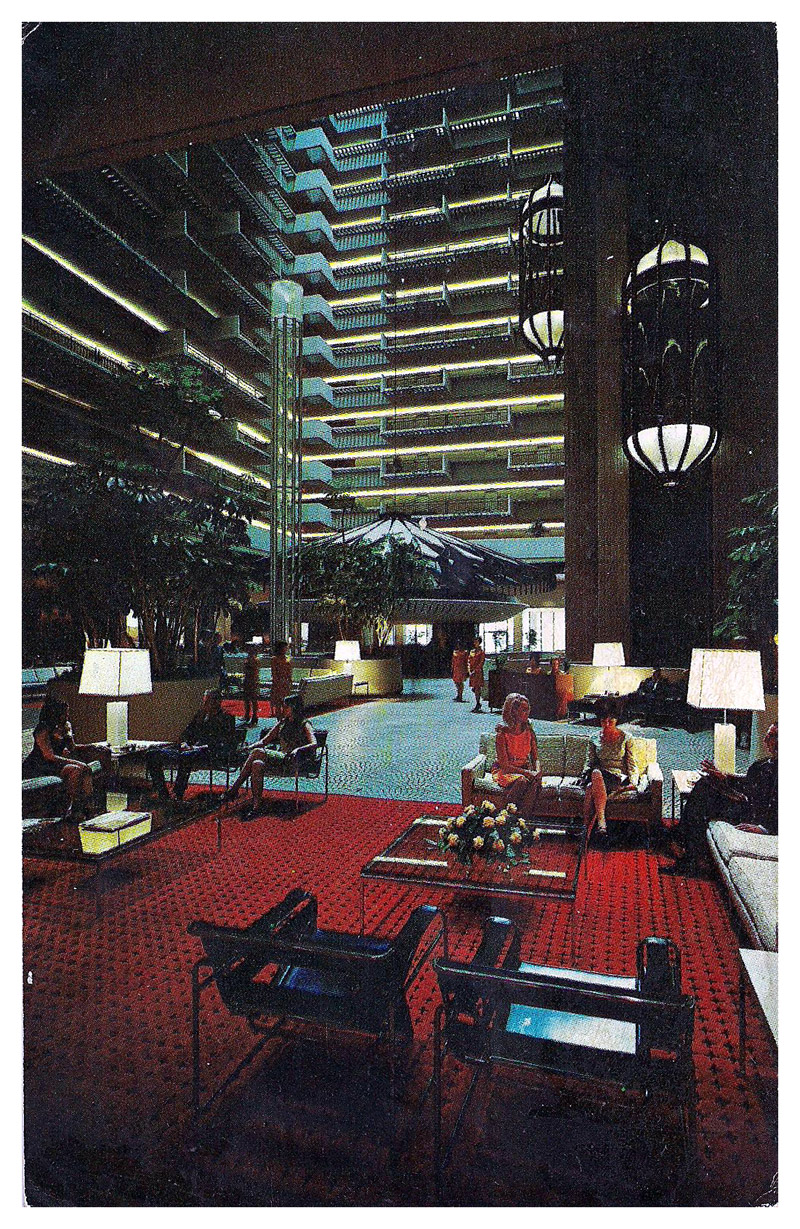 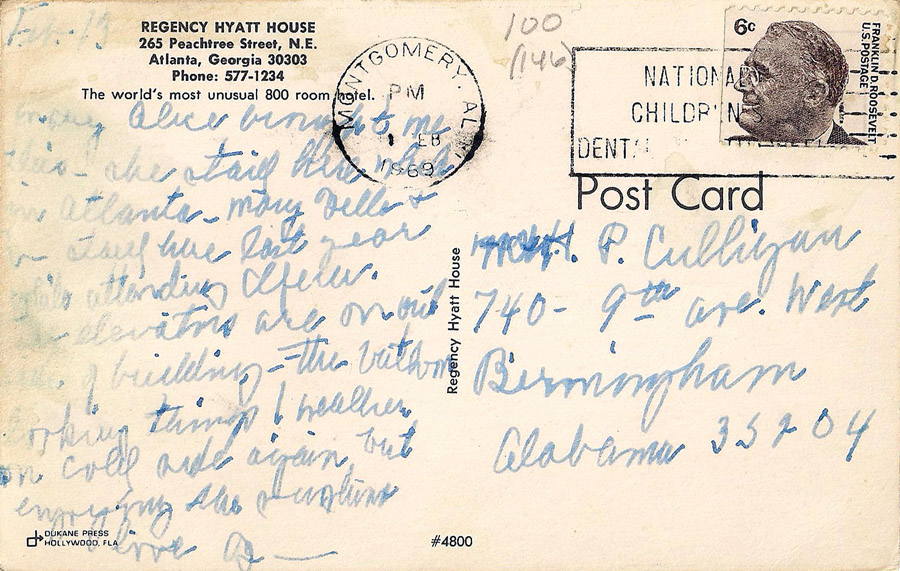