In the spring of 1959, the famed exotic dancer Kalantan came to town to perform at the Domino Lounge in the Imperial Hotel.  A few years earlier, she made a bit of a splash in the 1955 film Son Of Sinbad, made by RKO during the years that Howard Hughes was running the show.  In the early 1950s, she frequently headlined at clubs in New Orleans and Las Vegas.  In 1963 she married film actor John Bromfield and retired from show business.  Bromfield eventually passed on but the former Kalantan (Mary Ellen Bromfied for the last several decades) is still with us and living in Arizona.  In 2011, she published her first book, a murder mystery named Gull Haven.  Burleskateer has plenty more Kalantan photos for your perusal. 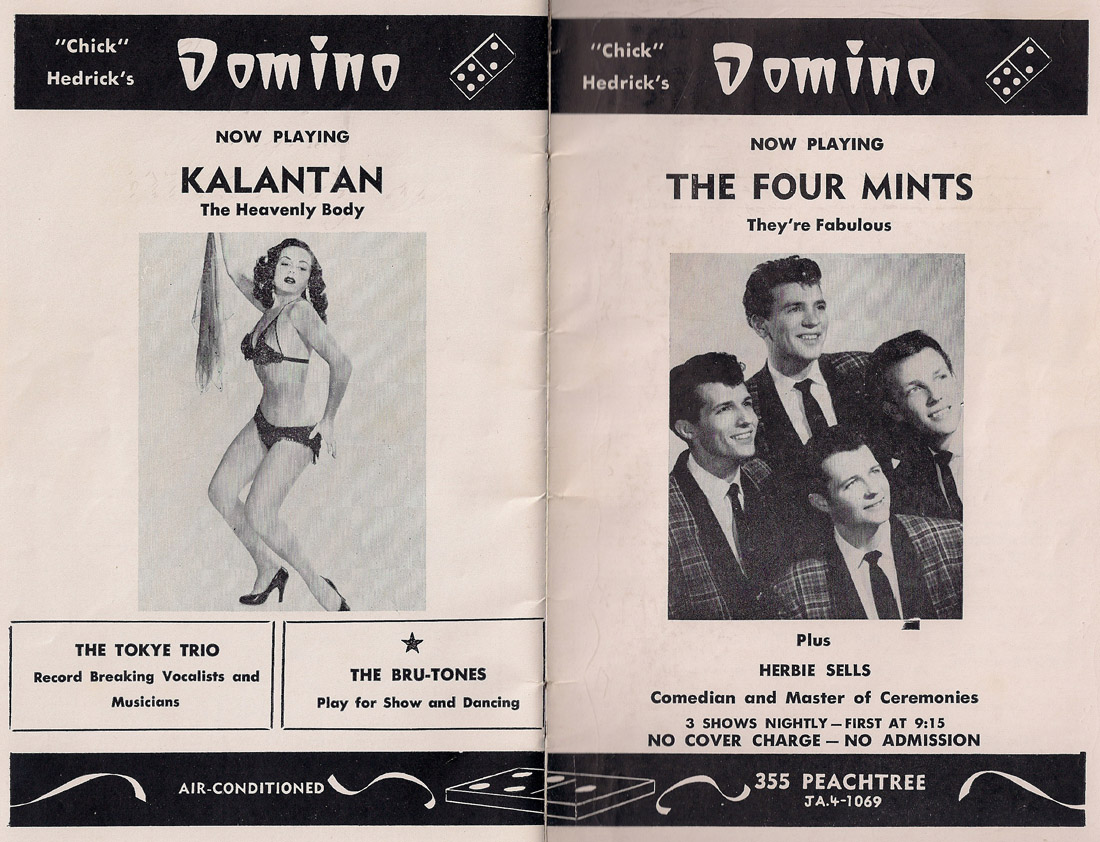 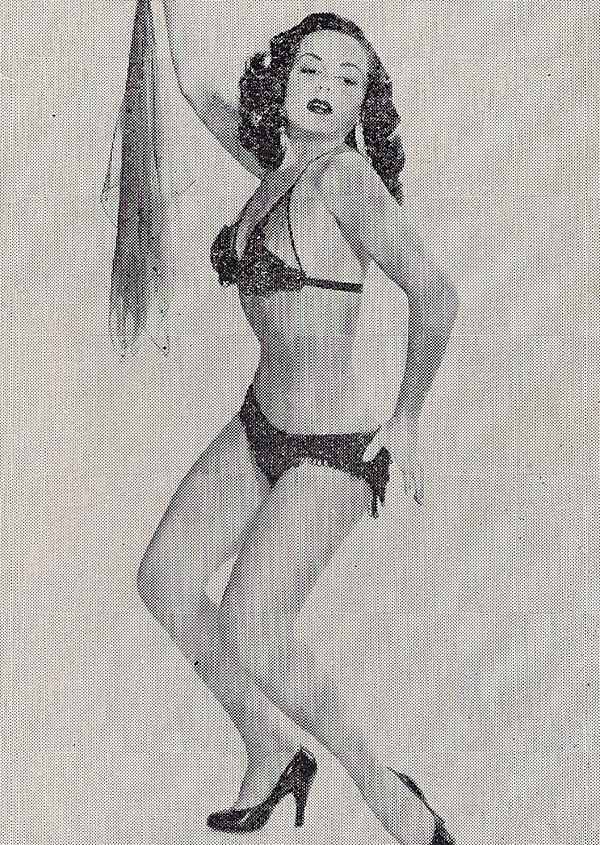