This postcard shows the main branch of the Atlanta Public Library in the early 1950s.  The portion of the library with columns (at the left) was opened in 1902 and known as the Carnegie Library, named for Andrew Carnegie who was responsible for donating the money used to build and open the facility.  It retained that name until 1950, when the more modern looking wing (on the right) was opened, at which point the institution became known as the Atlanta Public Library.
In 1977, both sections of the building were torn down to make way for the new Atlanta Central Library, which opened in 1980 and was designed by Bauhaus-movement architect Marcel Breur.  In the past few years, the city has talked about the possibility of closing the current Central Library in favor of a new building elsewhere in downtown.     Google map 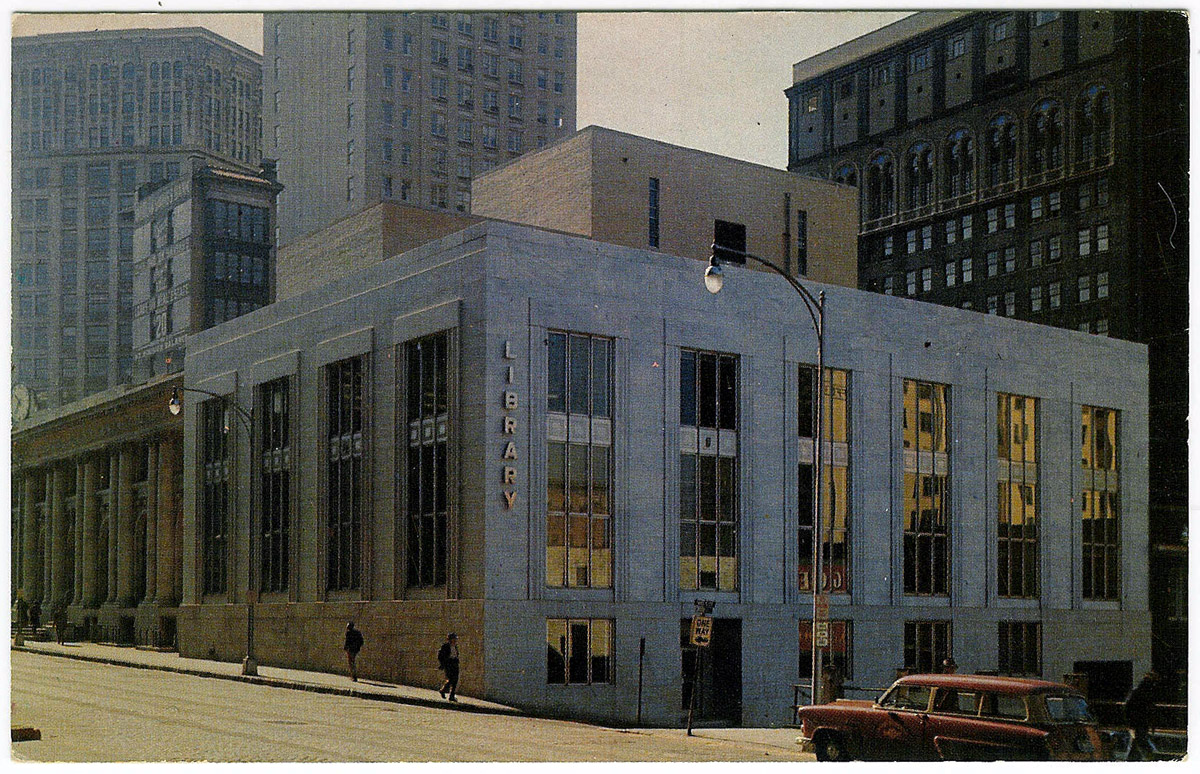 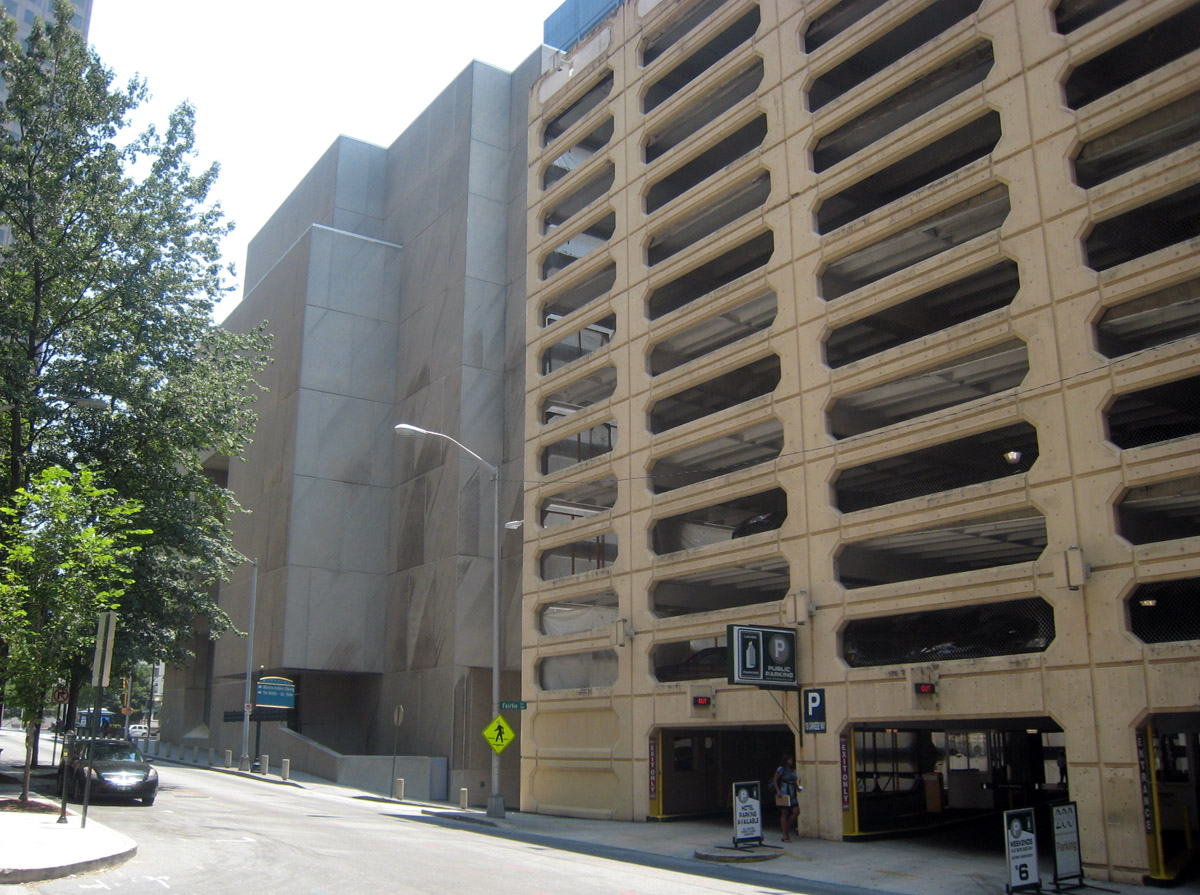 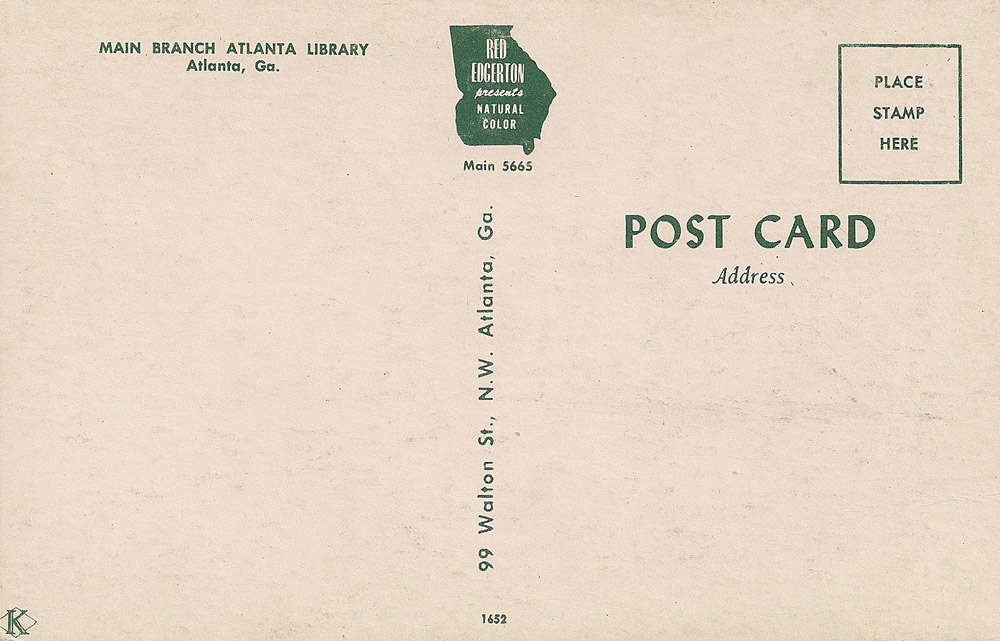