Seen here is a 1944 photo (via the Life magazine archives) of the famed Loew's Grand movie theater in the heart of downtown Atlanta at 157 Peachtree Street NE (Google map).  The Georgia Pacific tower now stands on this spot.  See below for a current picture.

Also visible, on the left side of the photo, is the Paramount theater.  Both are long gone.  The Paramount, seen just to the north (left, in this picture) was torn down in 1960 to make way for an office building anchored by the Fulton National Bank.

The Loew's Grand, even more famous than its nearby neighbor, struggled along until 1978 when a suspicious fire put the final nail in its coffin. 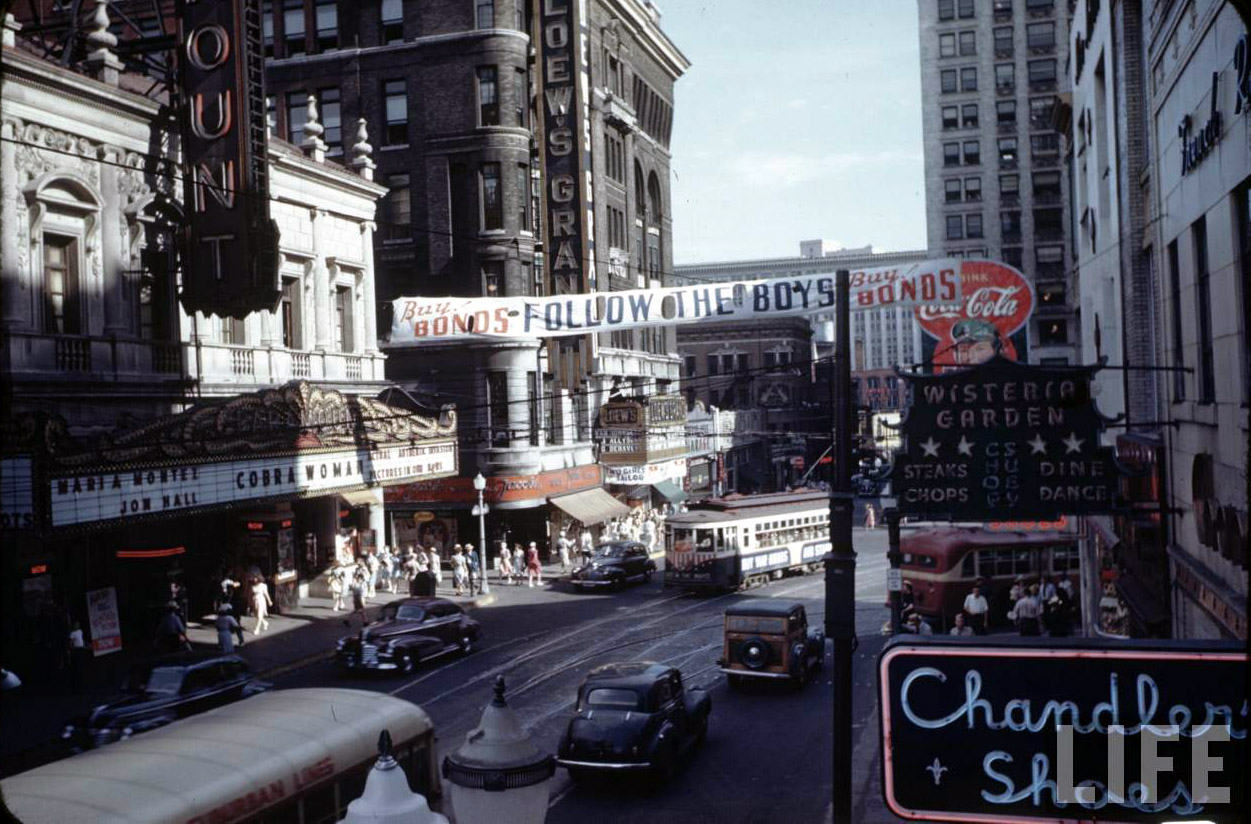 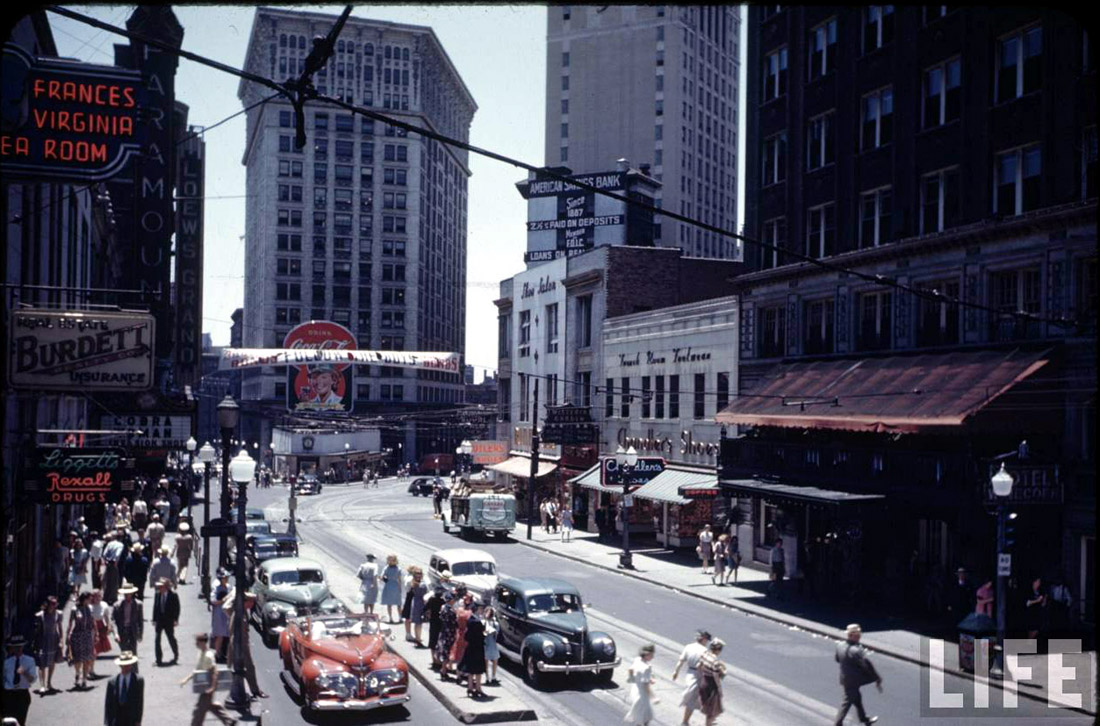 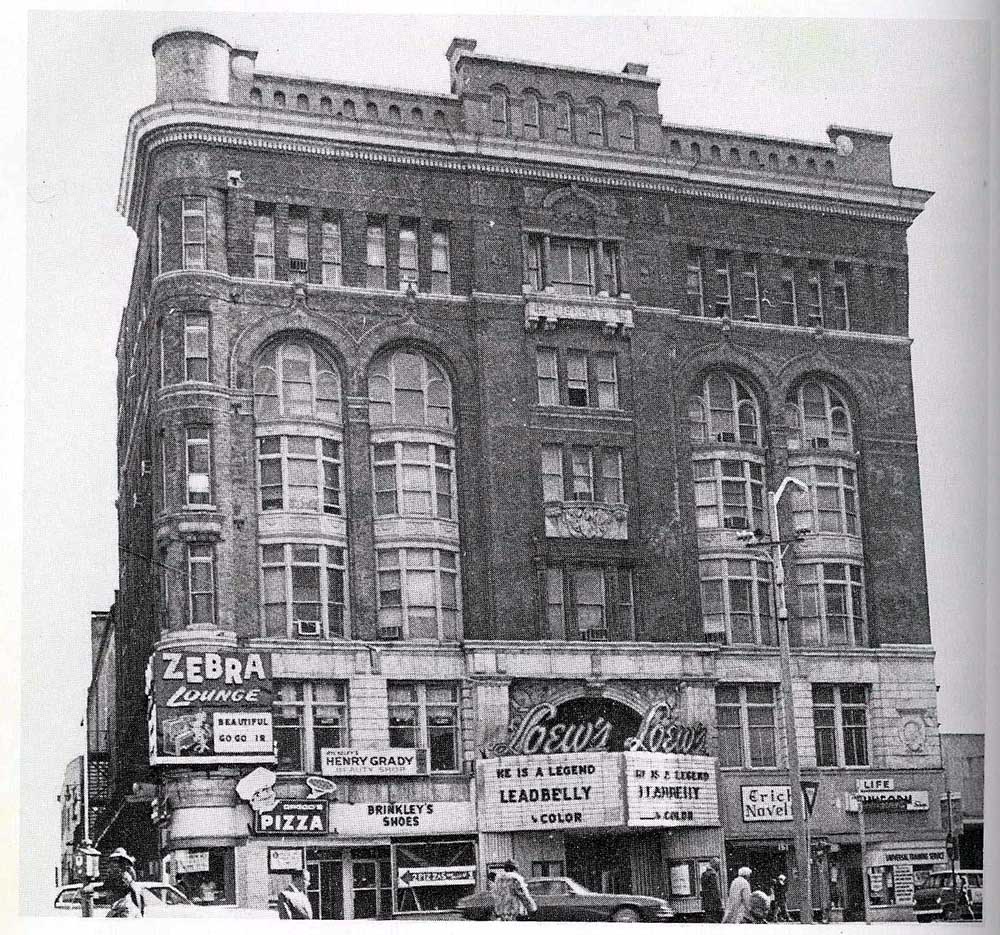 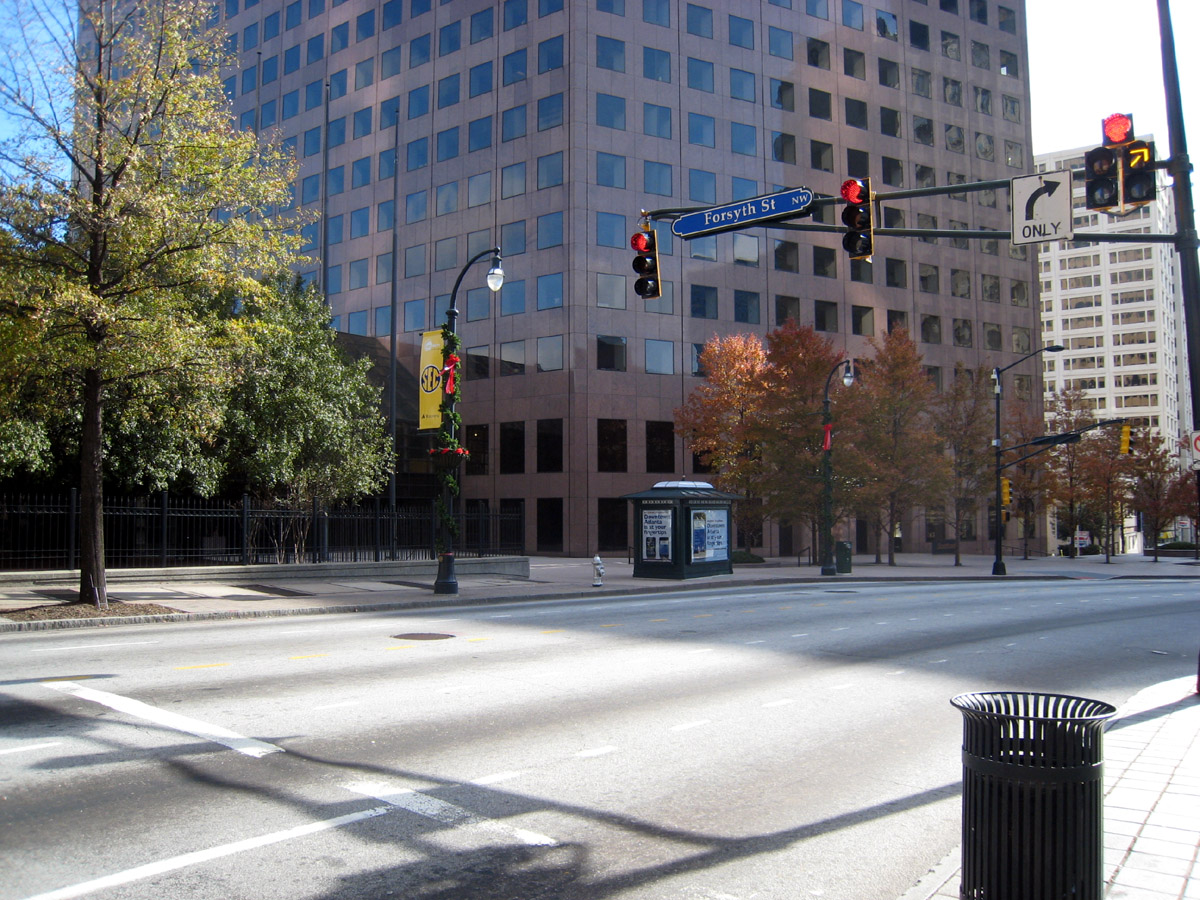