This 1956 photo shows the brand new Fulton National Bank at 55 Marietta Street, which was Atlanta's tallest building from the time of its completion until 1961, when a nearby bank, now known as One Park Tower, was finished.  It was built on the site of the old City Hall.  More information is available on the previous page.  At the bottom of the photo, the Henry W. Grady statue is visible.

These days there is no such entity as the Fulton National Bank and the still-standing building now serves as a "telecom hotel," housing the offices and switching equipment for various telecom companies.  Image courtesy of the Georgia State University Library (file number LBGPF1-098a).      Google map 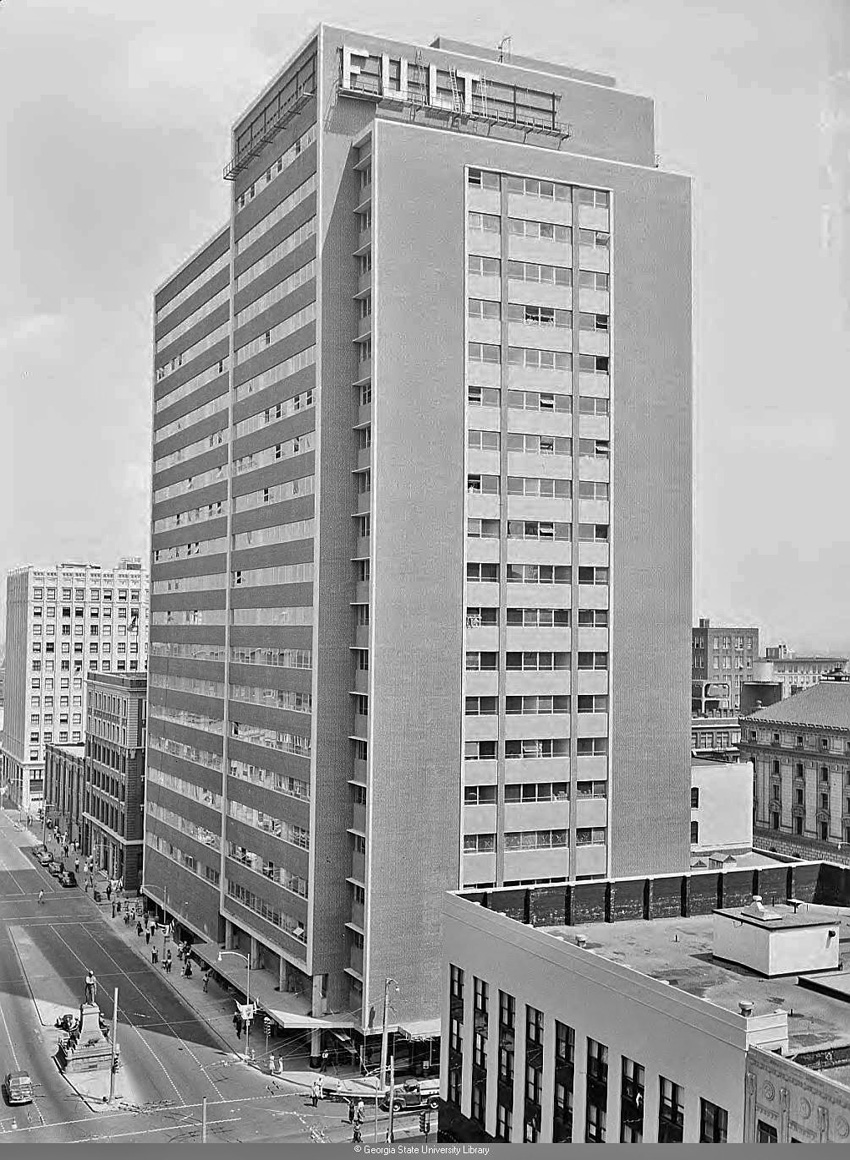