Seen here is a 1947 picture of G. Lloyd Preacher's Medical Arts building at 384 Peachtree Street, built in 1927.  Preacher was also the architect responsible for the design of Atlanta's City Hall, the Winecoff Hotel, the Henry Grady Hotel and Bass High School in Little Five Points.  Also worth noting is that Atlanta's Packard automobile dealer could be found just a few feet south of the Medical Arts building.

According to a February 2004 article in the Atlanta Business Chronicle,  record producer Dallas Austin was in talks to buy this 88,000 square foot building, vacant since the mid 1990's,  to turn it into a boutique hotel but the deal fell through.  Miami businessman Harold Gelber has owned the building since the mid 1970's.    Google map 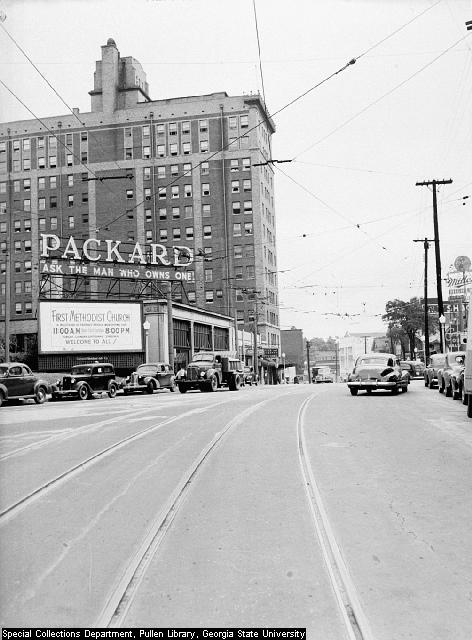 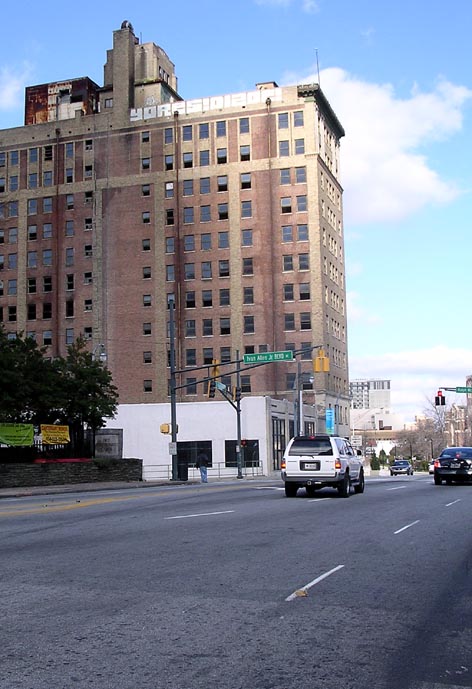