When it opened in 1977, the John Portman-designed Peachtree Plaza hotel was the tallest hotel in the world, a title lost a few months later when Detroit's Renaissance Center (another Portman project) opened.  Scroll down for more information.     Google map 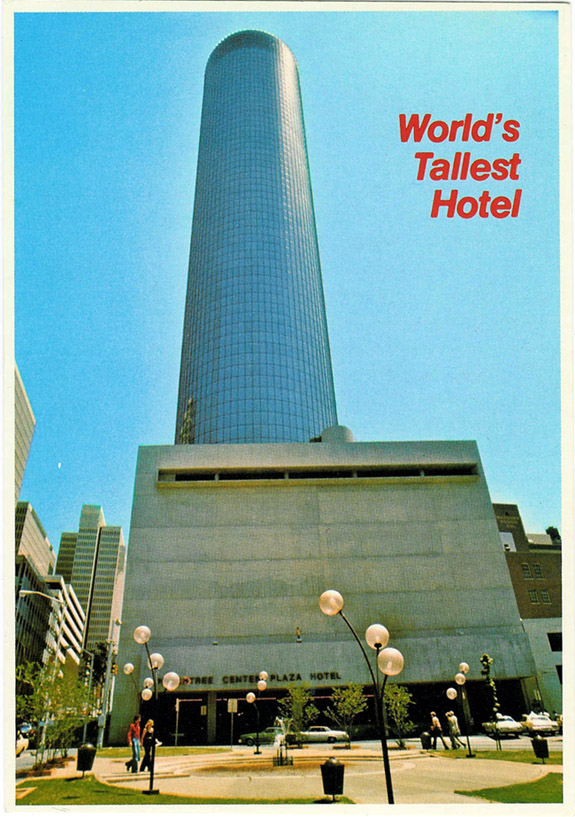 Now known as the Westin Peachtree Plaza, the building was featured to great effect in the 1981 Burt Reynolds' movie Sharkey's Machine.  At the end of the movie, a stuntman set a record for the world's longest freefall (220 feet) from a building in a film.

Although most people believe this stunt was filmed using the Peachtree Plaza, he actually plunged from the nearby (and architecturally similar, but smaller)  Hyatt Regency Hotel, visible here.