The view in this photo looks to the north along Peachtree Street, toward the present day Andrew Young International Boulevard (formerly Cain Street).  Visible on the right is the tower of the First Baptist Church (211 Peachtree Street) at the southeast corner of Peachtree and Cain.   This was actually the second location for the church, the first having been at the northwest corner of Walton & Forsyth Streets.  The church sold that plot of land and a post office was erected on the site (today it's a Federal court of appeals). 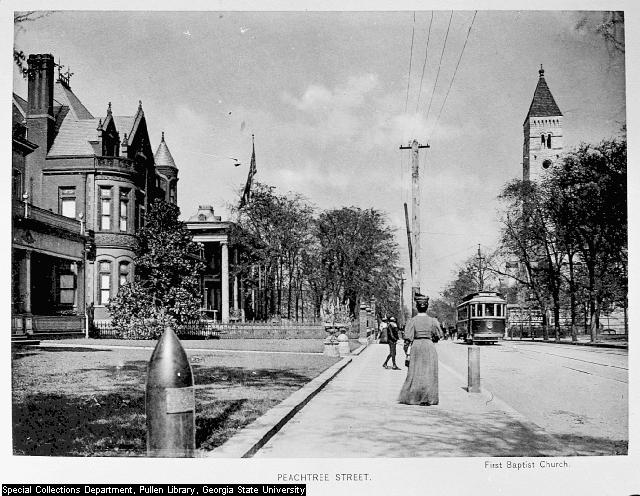 The two postcards below appear courtesy of Marcia P.

The church seen below opened in 1906, but by the late 1920s they decided to again move to the north and wound up buying a large piece of property on Peachtree Street at Fifth Street.  After the church moved, a Regenstein's clothing store, completed in 1930, opened at that location.   In the late 1980s, the church sold its midtown property and again moved north, to a building that once housed Avon offices on North Peachtree Road in Dunwoody. 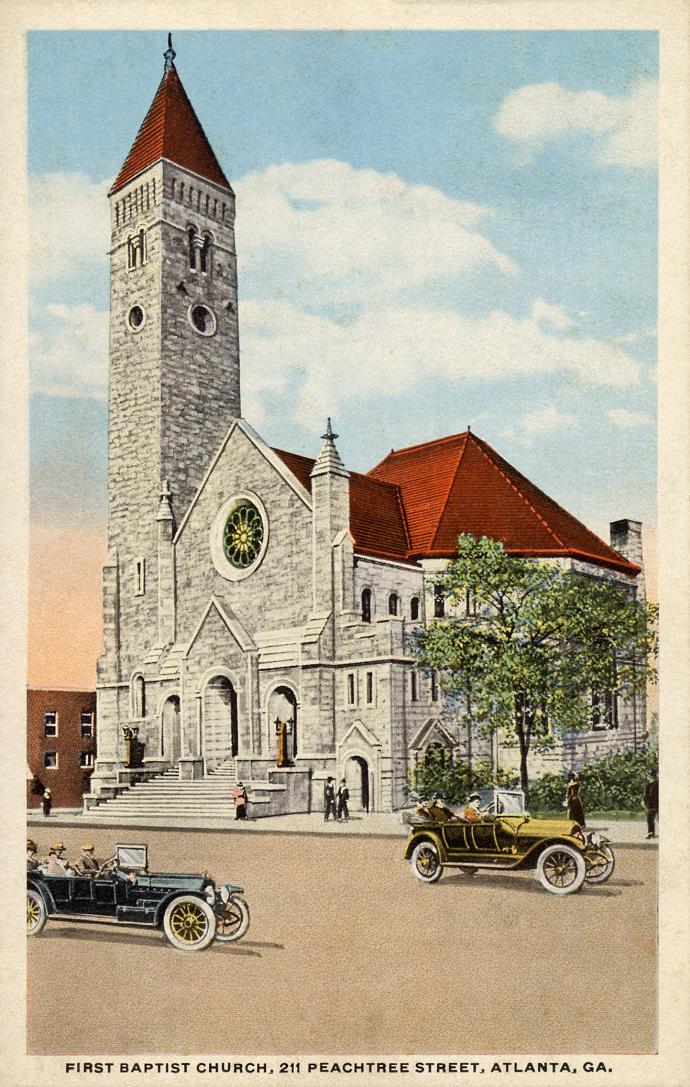 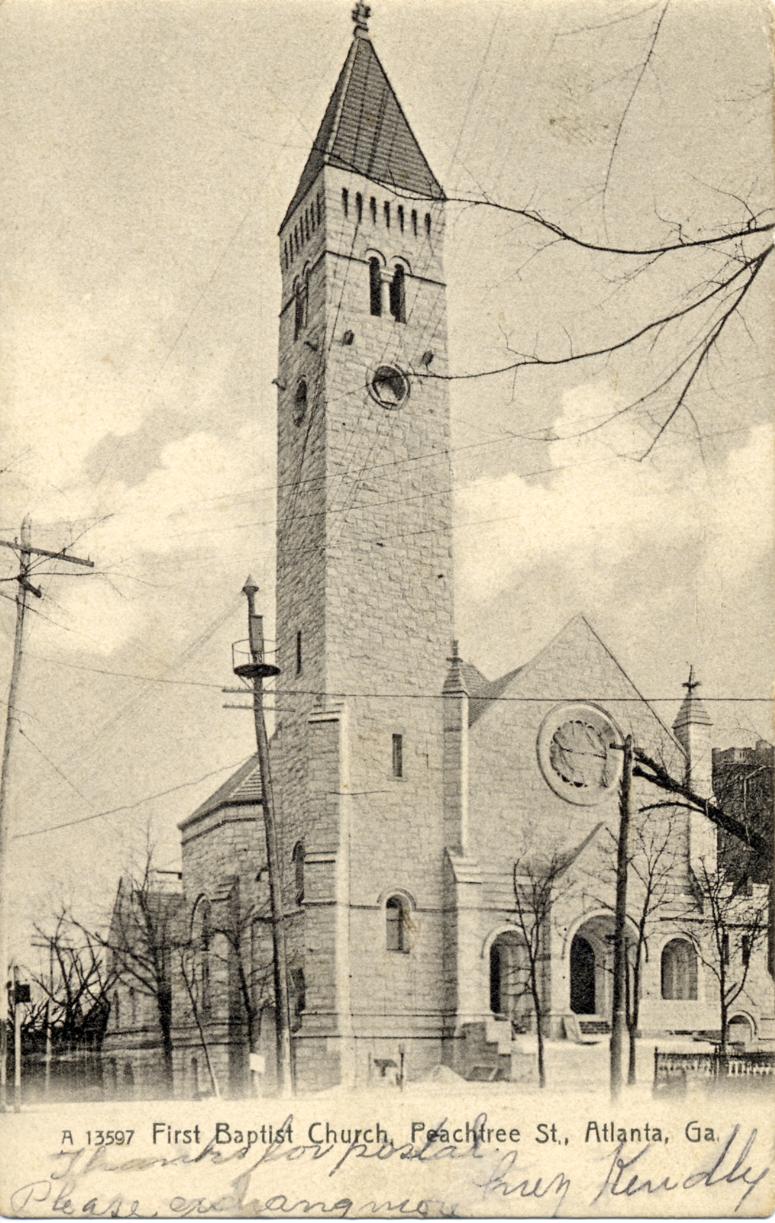