Thanks to ATM reader Jess Sheppard, who sent along a wealth of information that has been incorporated into the text below.

The building seen below, the former Atlanta Museum, was built in 1901 for Rufus M. Rose, founder of the Four Roses Distillery.  Rose was born in Willimantic, Connecticut in 1836 and moved to Georgia (Hawkinsville) to assist an uncle with his drug store business, before eventually opening his own.  In 1862, Rose enlisted in the Confederate Army and was soon made a field doctor due to his medical experience.  After the war, Rose built a distillery on Stillhouse Road in Vinings.  Four Roses Distillery was renowned for producing clear corn whiskey without any color additives, and for its medicinal properties.  Rose lived and worked in Atlanta until his death on July 21, 1910.

The Rufus M. Rose house was designed by Atlanta architect Emil Charles Seiz, who also designed the Robert Fulton Hotel located on Cone Street (demolished in 1971).  The 5,200 square foot Rose house has five bedrooms, three baths, and 7 - 9 fireplaces.  According to the city of Atlanta, the Rose house is one of only four standing Victorian mansions along Peachtree Street and the only one left in the central business district.  With the recent purchase and impending relocation of the Randolph-Lucas House from Peachtree (Peachtree Road, technically) to Ansley Park, the Rose house will be the only surviving Peachtree Victorian that is currently unoccupied and unpreserved.

The house was converted to the Atlanta Museum in 1945.  The ad below comes from 1952 when the museum was displaying Eli Whitney's original model cotton gin, some 300 weapons, and over 2,500 other historical items.  Also included:  the first "Jap Zero" airplane captured by US forces in WWII, which was parked in the small backyard.  The museum was in operation until 1993, when its doors finally closed.  It was re-opened temporarily during the 1996 Olympics.  The window to the right of the front door has a faint inscription of an Olympic torch.  From 1999 - 2001, the it served as headquarters for the Atlantic Preservation Center until they relocated to the L.P. Grant Mansion in Grant Park.

Today, the Rose house is badly deteriorated.  It currently sits with the original 1901 front door boarded up with plywood.  Broken windows leave the original floors exposed to the elements and the roof, partially covered with a blue tarp, is without shingles.  The house was purchased by Bakhtiani Gola in August 2011 for $309,750, according to the Fulton County Tax Office.  He has no known plans for preservation at this time.  To get a really good feel for the house both inside and out, go check out the Flickr gallery put together by Jeff Clemmons of the Atlanta Preservation Center.  Google map 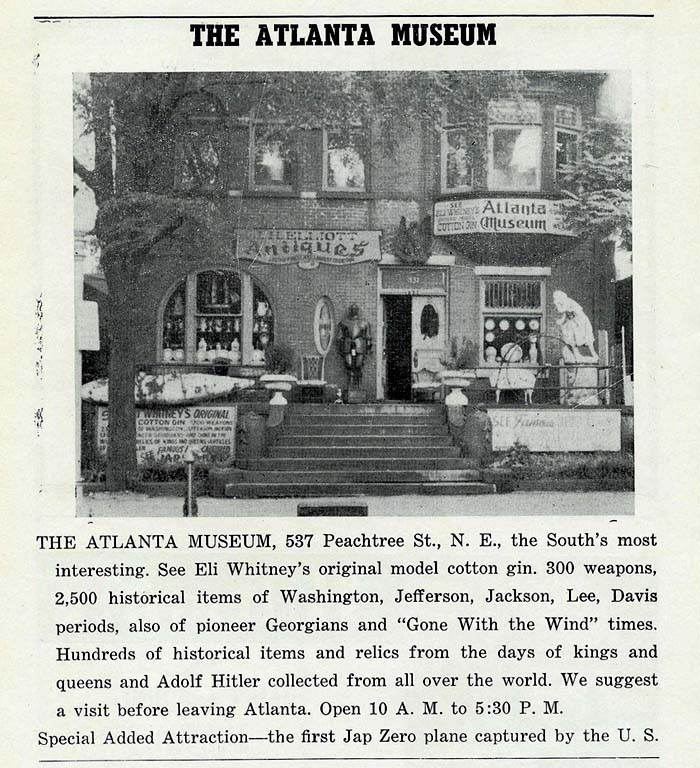 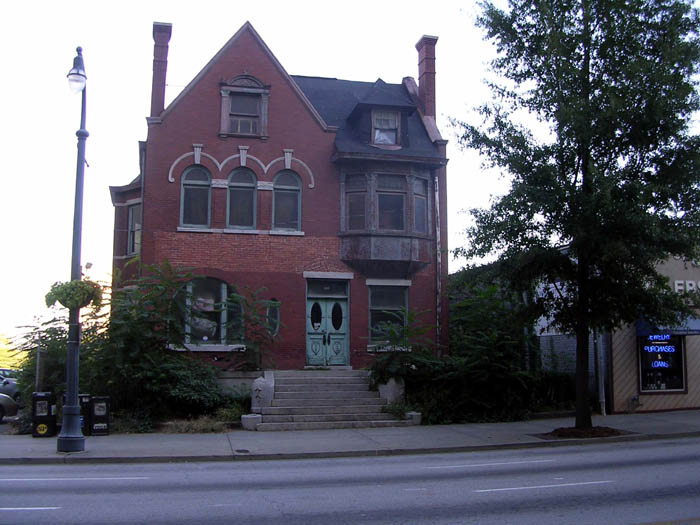 Below is an informative article about this house written by Ann Taylor Boutwell a couple of years back for he Atlanta Intown newspaper.

And here's a photo of the Rose House as seen in Artworks Of Atlanta, a folio published in 1903 and sent in by reader Steve Turbeville.   Thanks, Steve. 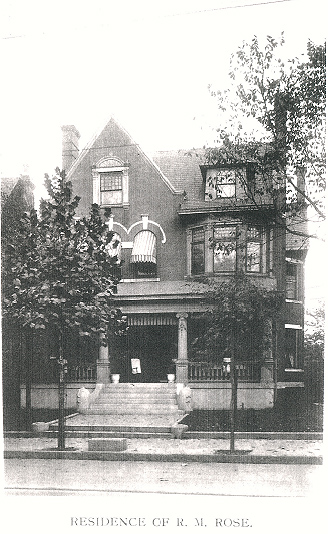 This 1990 photo of the Rose House was taken by Greg de Torony and features some of the antiques that were then visible in the front window.  Thanks, Greg. 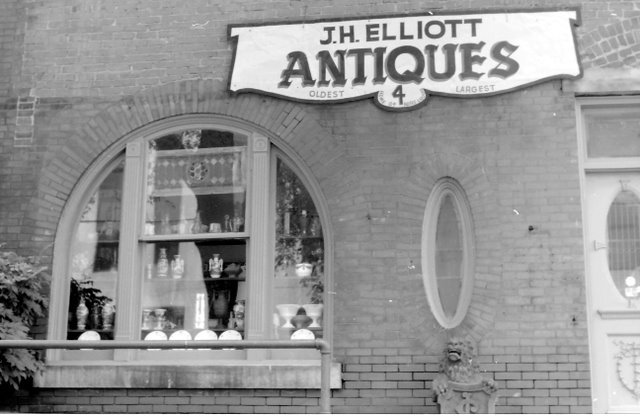 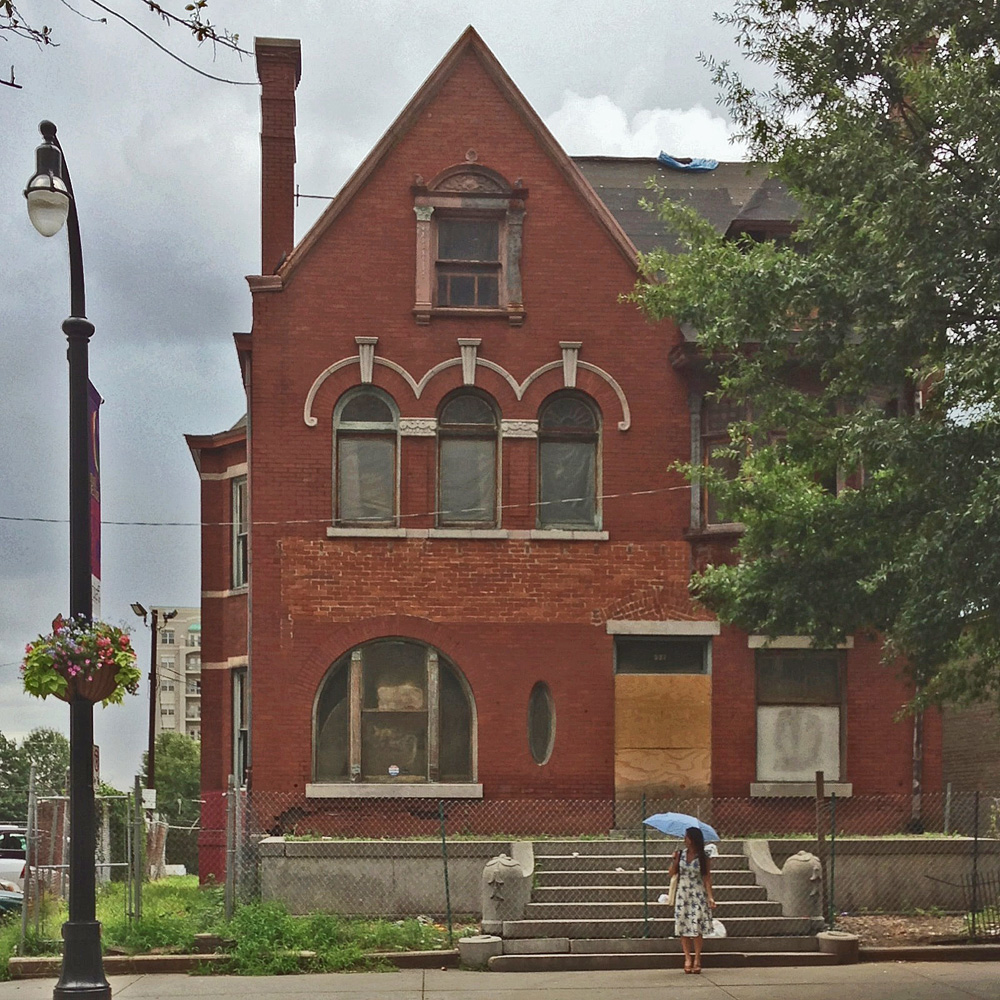 Above: the Rose House as it appeared in 2013.  Photo via Jess Sheppard.