My original guess was that this was an early 1950s photo, but a reader with much much better eyes than mine wrote in to say that he could make out the marquee of the Roxy Theatre in the lower right corner of the image.  Apparently this picture was taken during the 1949 re-release of a 1943 movie named The Desperadoes, starring Randolph Scott and Evelyn Keyes.  Although my eyes were far too weak to read the words on the sign, once I was told what they were they became readable.  I think.           Google map 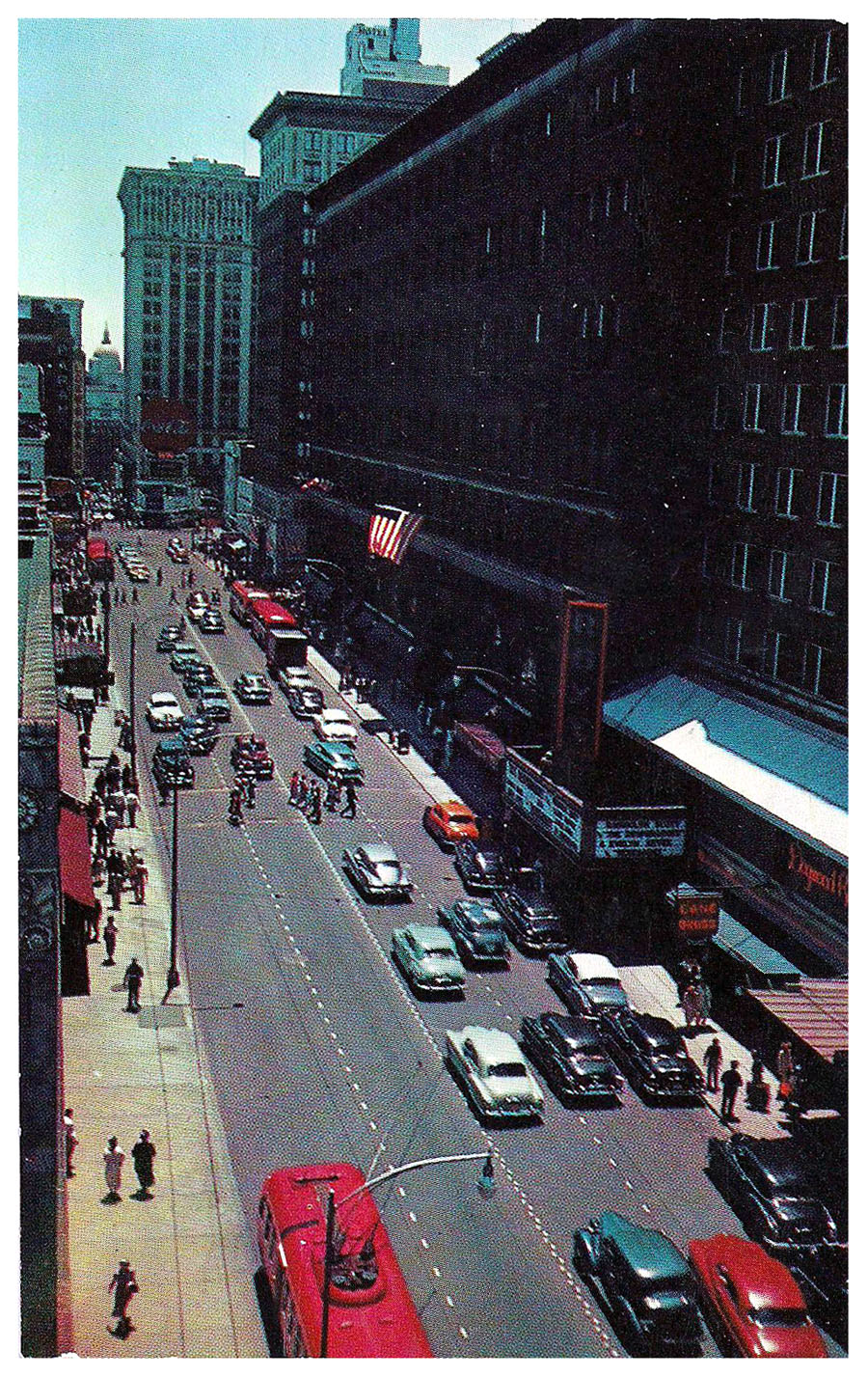 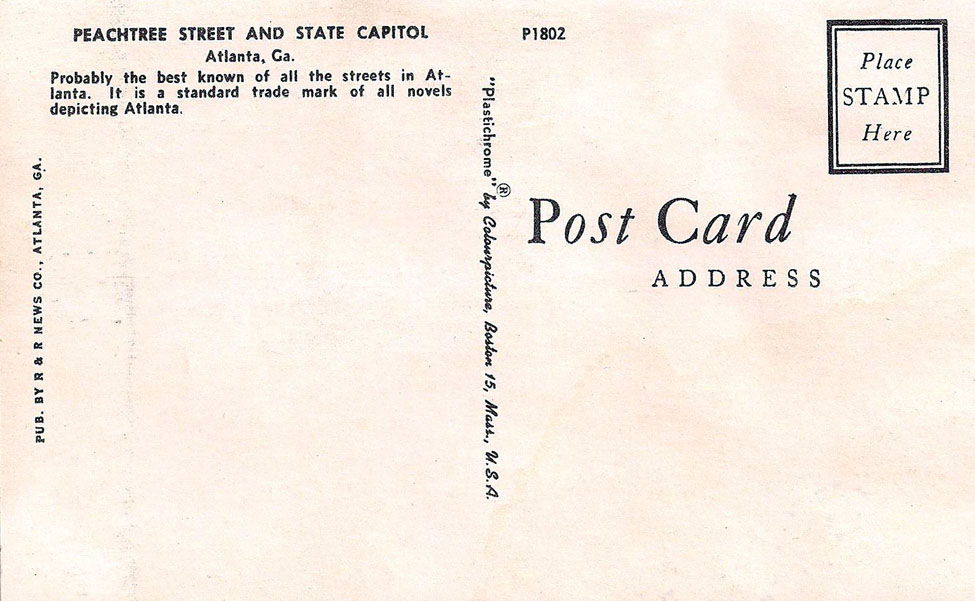