Here's a 1970 photo looking south from the intersection of Peachtree Street and Auburn Avenue toward Five Points.  Just out of camera range on the right is Poplar Street.  Due to the construction of Woodruff Park, the westernmost portion of Auburn Avenue has since been rerouted slightly to the north so that it now meets Peachtree Street at Luckie.  As you can see, a pedestrian is lying in the street, possibly injured or dead.  Was it a wino?  A law-abiding stroller mowed down by a careless motorist?  The victim of a heart attack?  We'll probably never know.    Google map 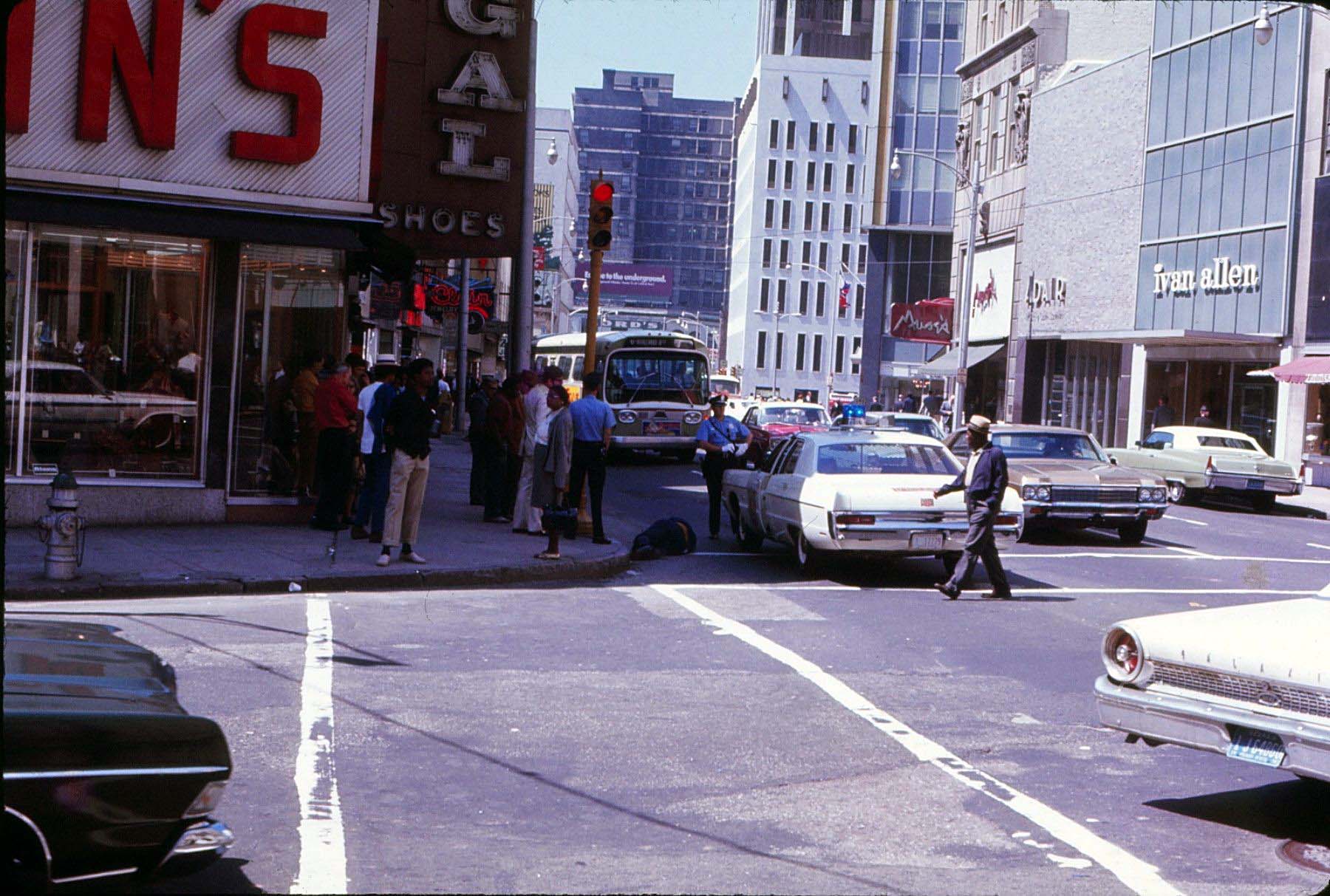 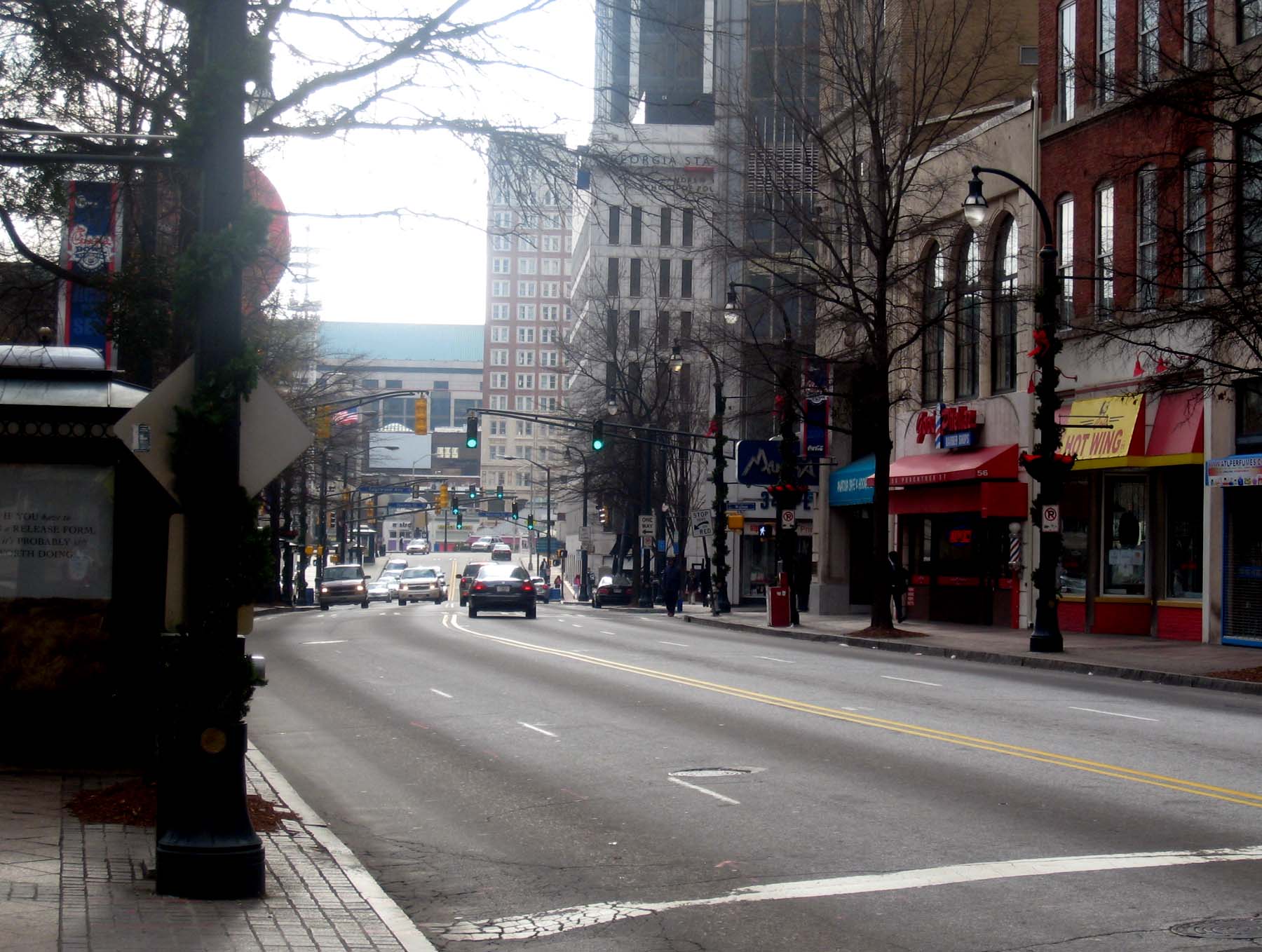