This postcard, appearing here courtesy of Dr. Don L. Ariaill, shows the intersection of Peachtree and West Peachtree Streets on the north side of downtown.  They no longer intersect at this spot, as you can see on the map below, but they did for many years until the intersection was completely redesigned.  The fountain visible in the photo is known as the Erskine Memorial Fountain, a gift from the daughter of Judge John Erskine upon the death of her father in 1896.  In 1912, the intersection was regraded and the fountain was moved to the Ormond Street entrance of Grant Park, where it resides to this day.   Google map 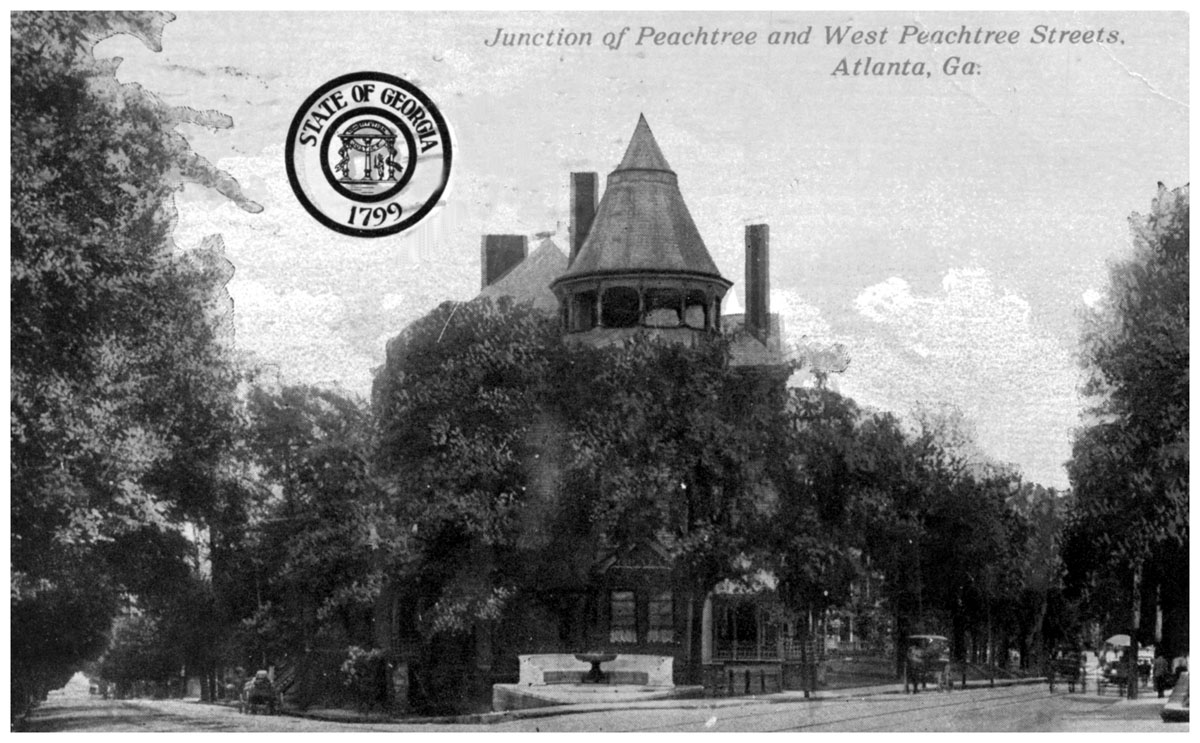 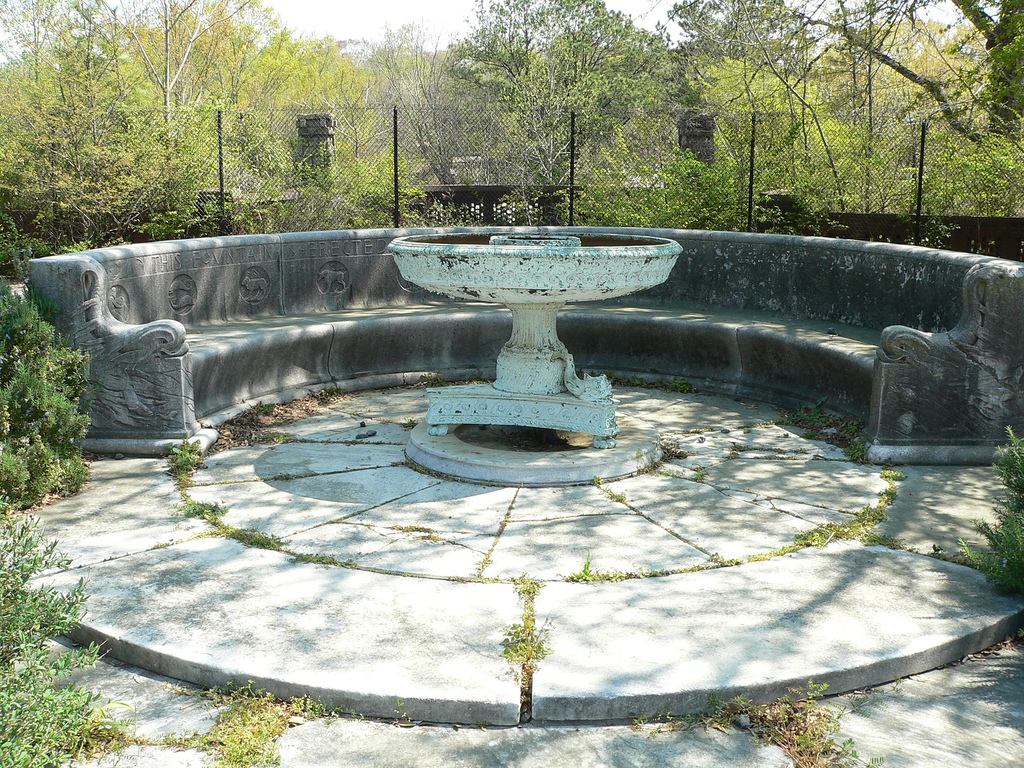 Above: a recent photo of the Erskine Memorial Fountain at its home since December 1912, in Grant Park.  Photo courtesy danuv's Flickr stream. 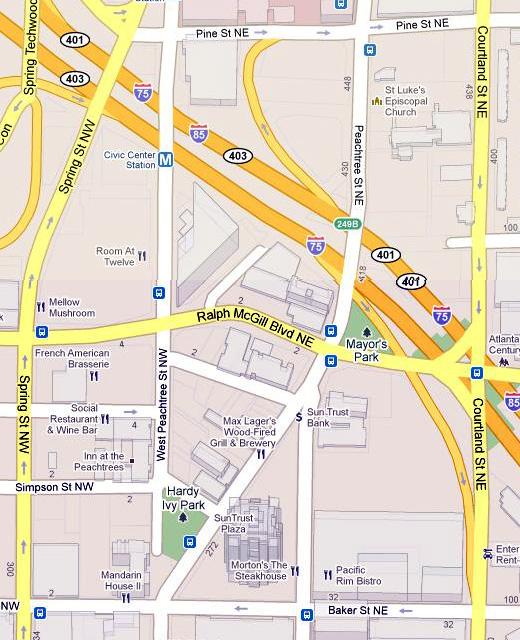