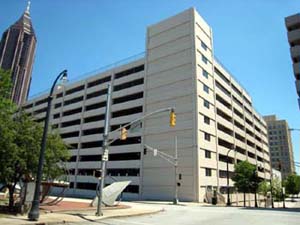 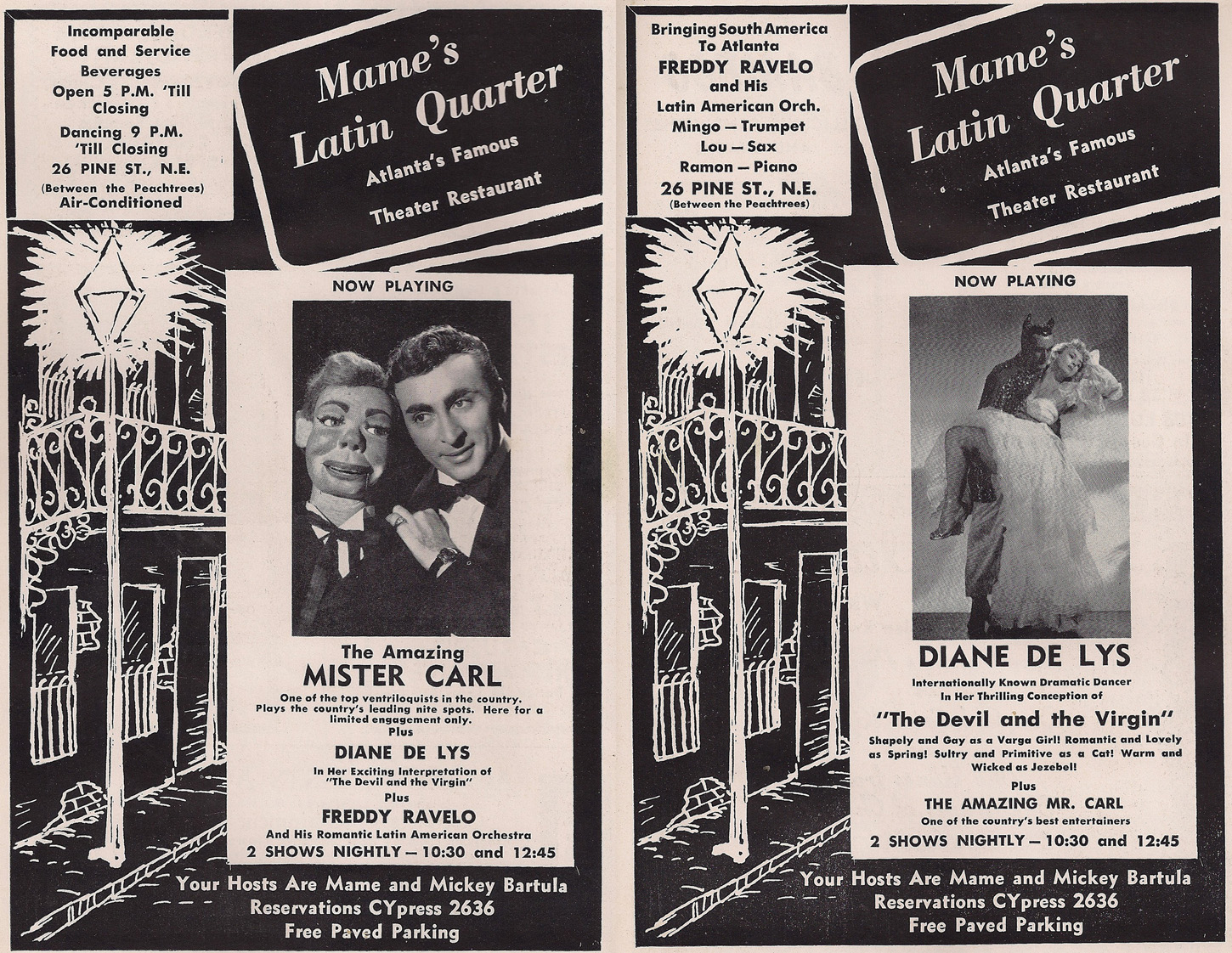 Appearing at Mame's Latin Quarter the week of 09/19/1953 were exotic dancer Diane De Lys (real name Diane Page), with her Devil And The Virgin-themed act and ventriloquist Mr. Carl, with live music supplied by Freddy Ravelo & His Latin American Orchestra.  Diane De Lys' act, as far as I can tell from her promotional photo, a couple more of which can be found below, brings to mind Maxine Holman's "Wolf Girl" routine, in which Holman appeared with an appendage representing a tuxedo-clad wolf (in 1952, at the Clermont Hotel's Gypsy Room no less). 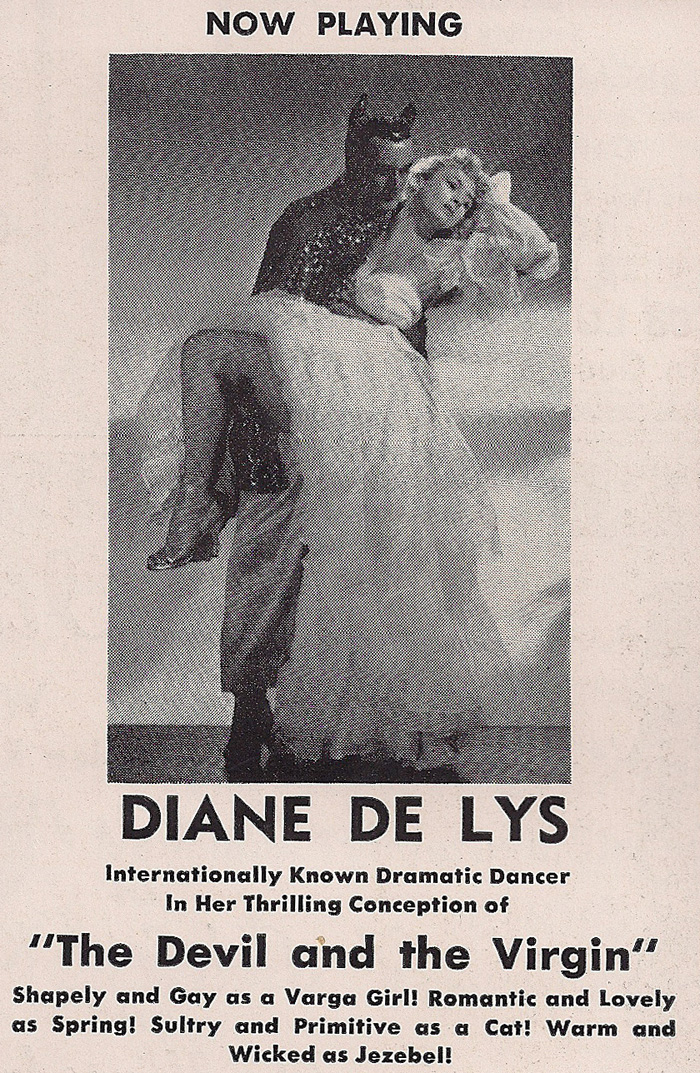 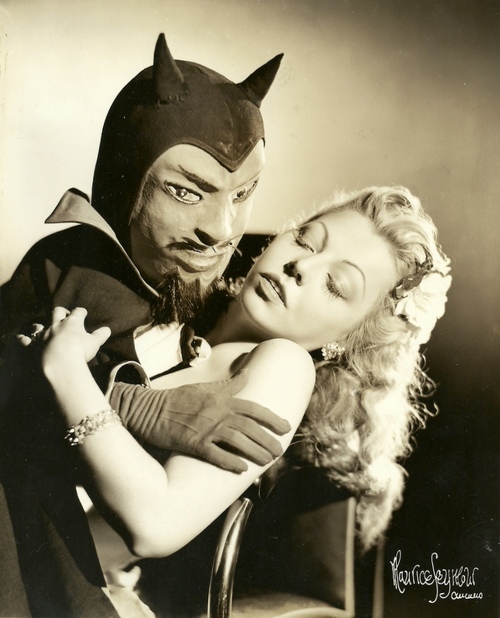 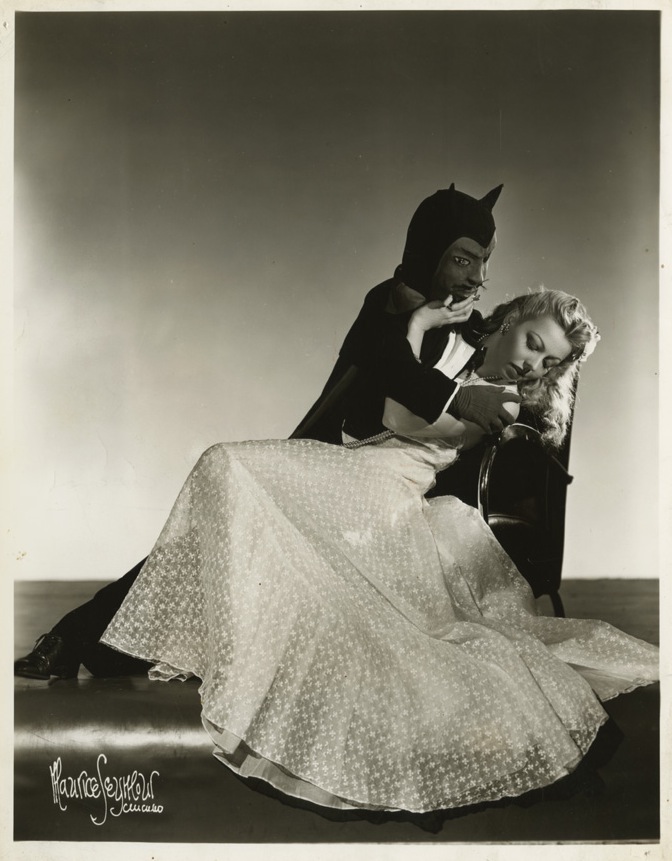 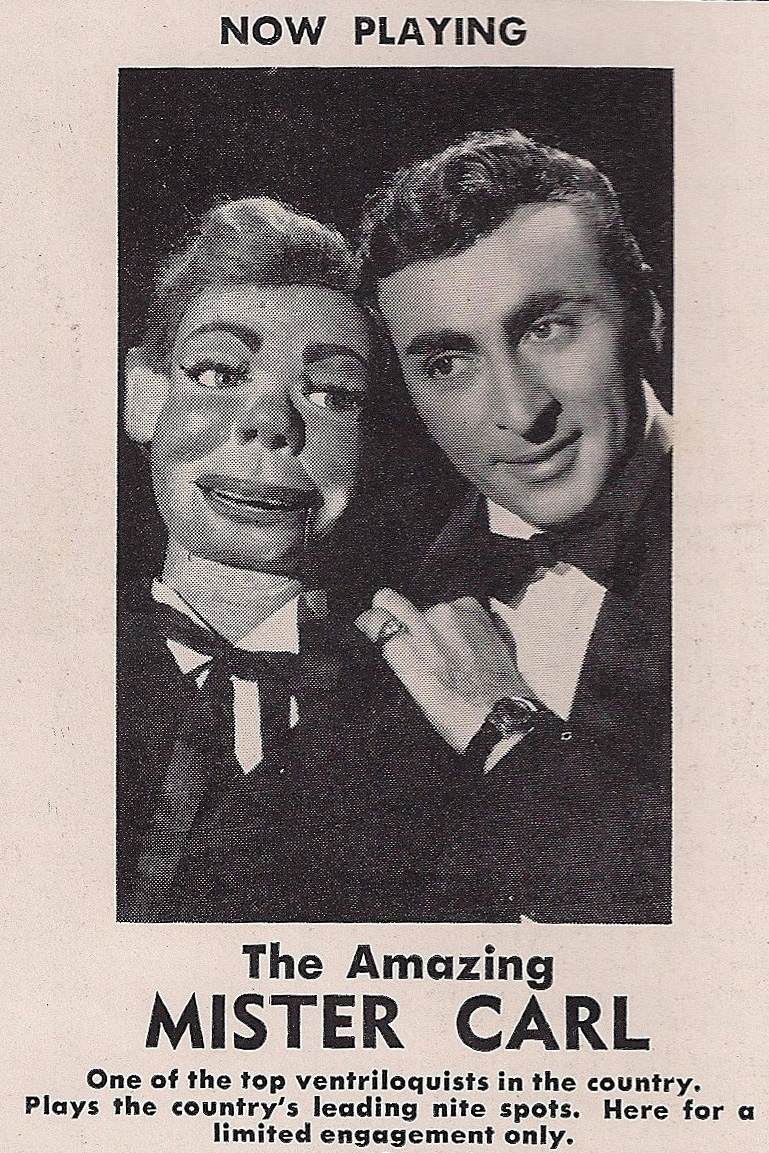