This 1952 photo looks south along Pryor Street toward Decatur Street.  The Kimball House hotel, built in 1885, is the prominent brick building on the right; it was demolished in 1959.  On the left, and still standing, is the Thornton Building, designed by architect A. Ten Eyck Brown.  It's also referred to as Ten Park Place South, but I prefer refer to it by its original name, the Thornton Building, named after its developer, Albert E. Thornton (1885 - 1953).  On the other side of Edgewood Avenue, the two northernmost blocks of Pryor Street were renamed Park Place, and it seems that the block of Pryor Street between Edgewood and Decatur Street (seen here) seems to have been renamed Park Place South.  Confused?  That's the way city leaders want it, apparently. 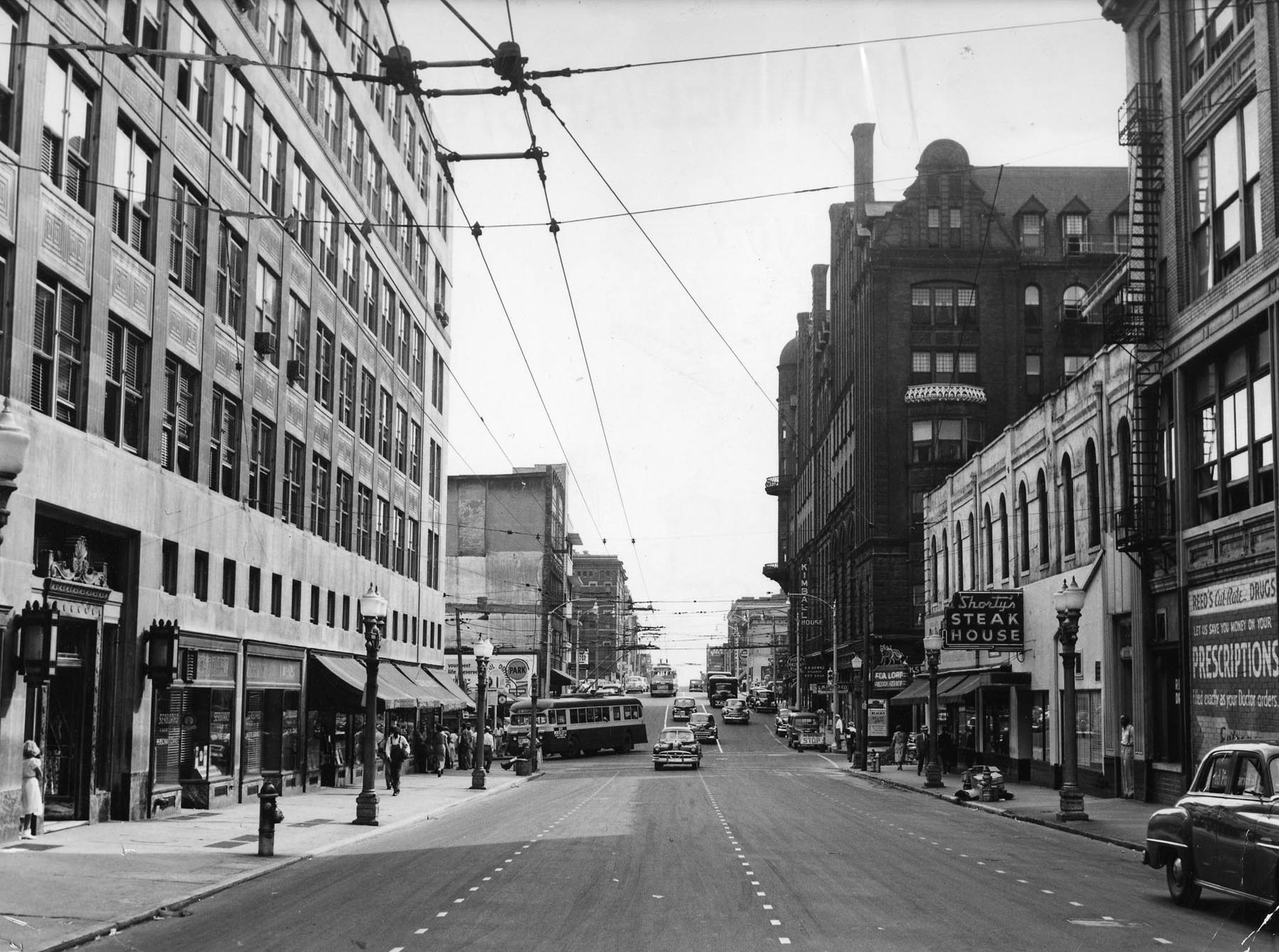 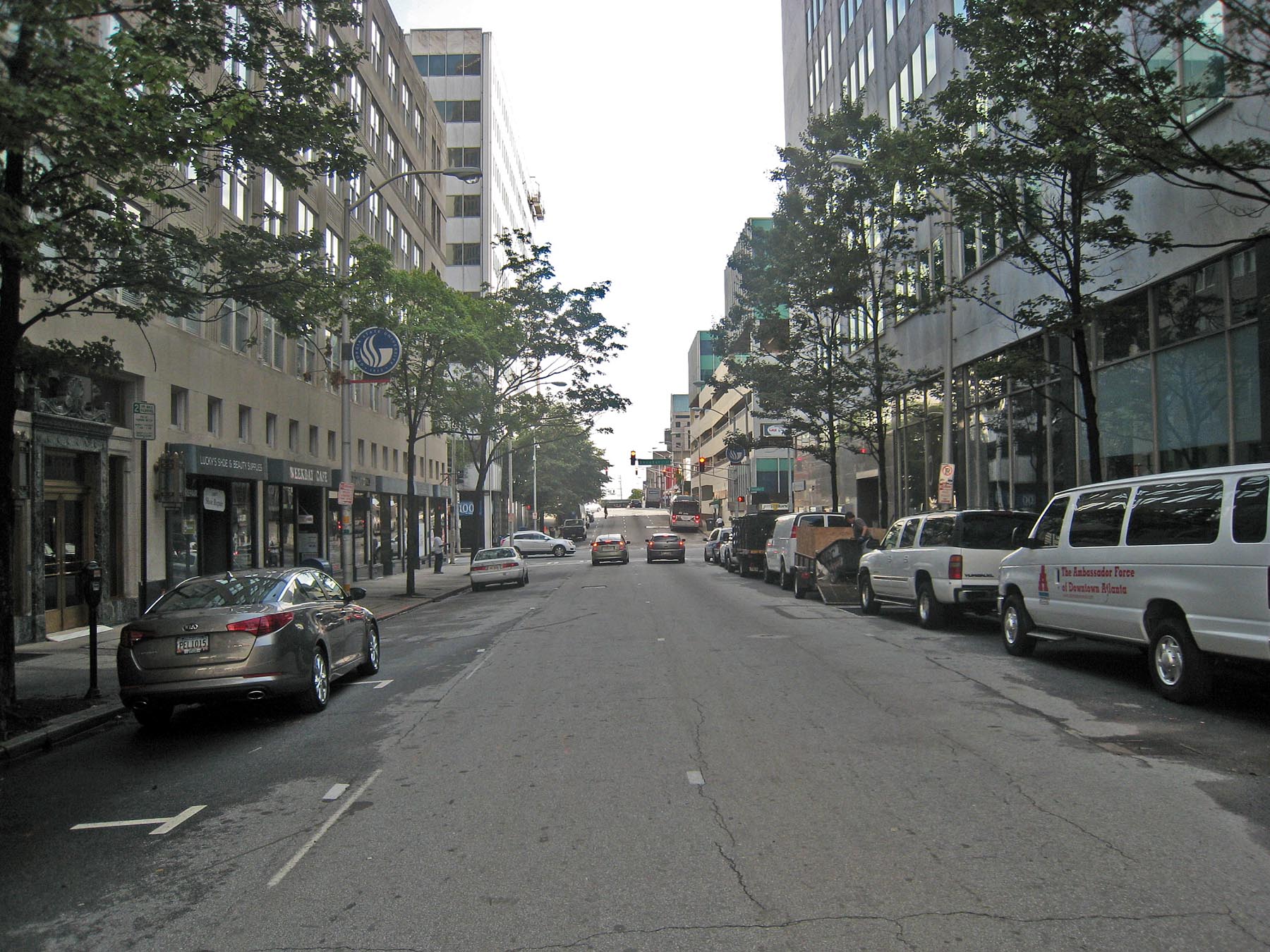