Seen below is the cover of the June 25, 1960 issue of the Saturday Evening Post featuring an illustration of Peachtree Street.  The view shows Peachtree Street looking south toward Harris Street and beyond.  The Atlanta Merchandise Mart is under construction.  Look closely and you'll see the Henry Grady Hotel rising behind the parking deck visible on the right.  The Grady Hotel is long gone (the Peachtree Westin now stands on that site) but the parking deck remains.  Also, note the buildings standing at the intersection of Peachtree and Cain Street (now Andrew Young Int. Blvd), one block south of Harris Street.  The buildings that now house the Hard Rock Cafe and Hooters can be seen.

Strange but true: thought the Post commissioned this fantastic streetscape of Atlanta and included a few sentences about the city inside the magazine (as seen in the blurb below), there was no accompanying article inside.

As noted in the text below, the cover was painted by John Falter (1910 - 1982), about whom you can learn much more at his Wikipedia page.

A big hearty tip of the cap goes to Atlanta Time Machine reader (and Atlanta native) Ned Hastings, who provided the images below. 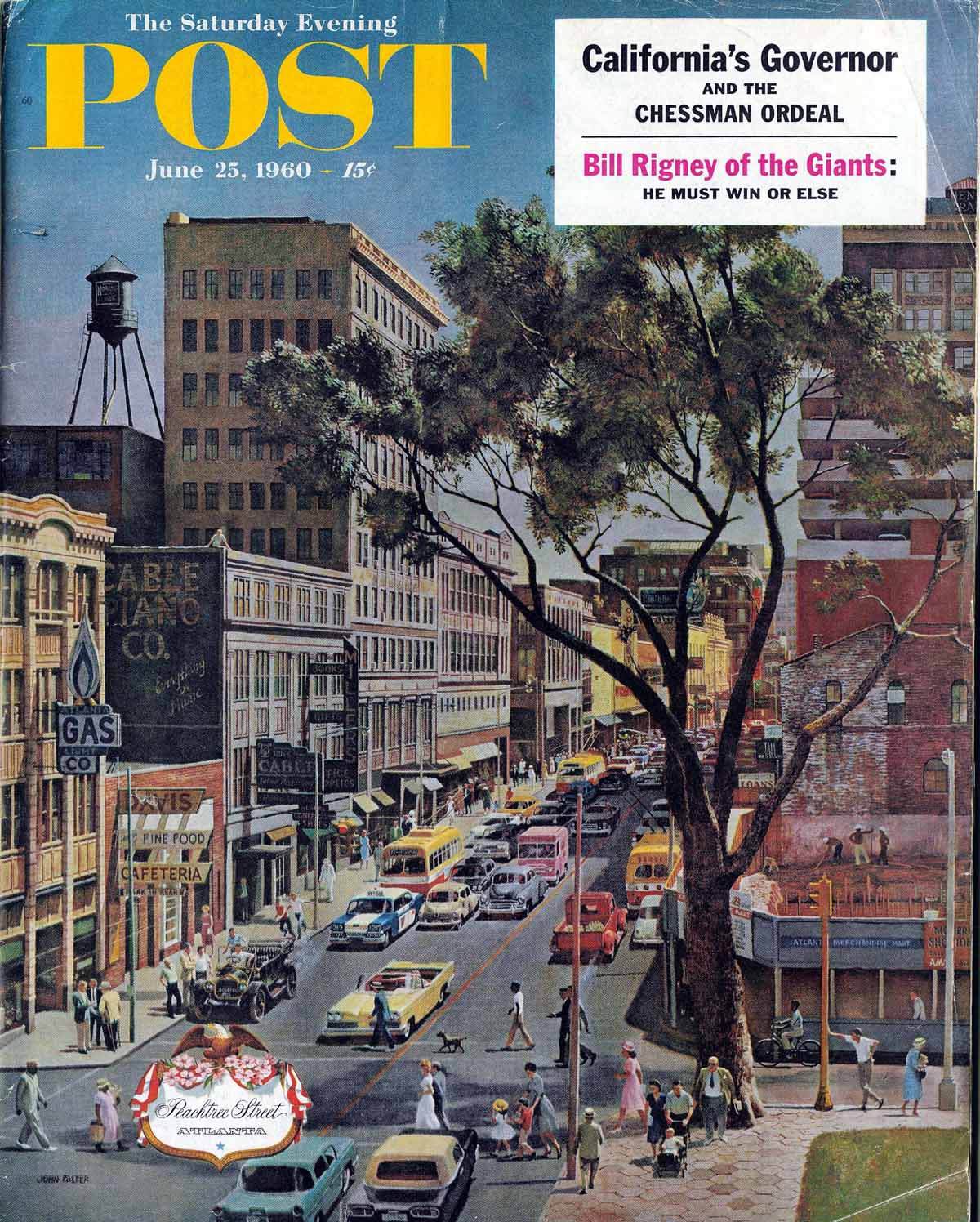