This postcard, probably from around 1988 or so, looks to the south and shows midtown in the foreground and the downtown skyline beyond.   On the back of the card (below) special note is made of the IBM Tower, which was completed in 1987 and is visible on the left.  Today it goes by the name One Atlantic Center.  In 2001, a similar (but smaller) postmodern office building known as Atlantic Center Plaza opened across the street at the northwest corner of West Peachtree & 14th Streets.

Many changes have taken place since this picture was taken.   Quite a few buildings near 14th Street (and close to the interstate) have been bulldozed to make way for new freeway ramps.  Also worth noticing is that Georgia Tech's Technology Square, along 5th Street, is completely absent.  It opened in 2003.   Thumbnails of many more aerial view postcards can be found here. 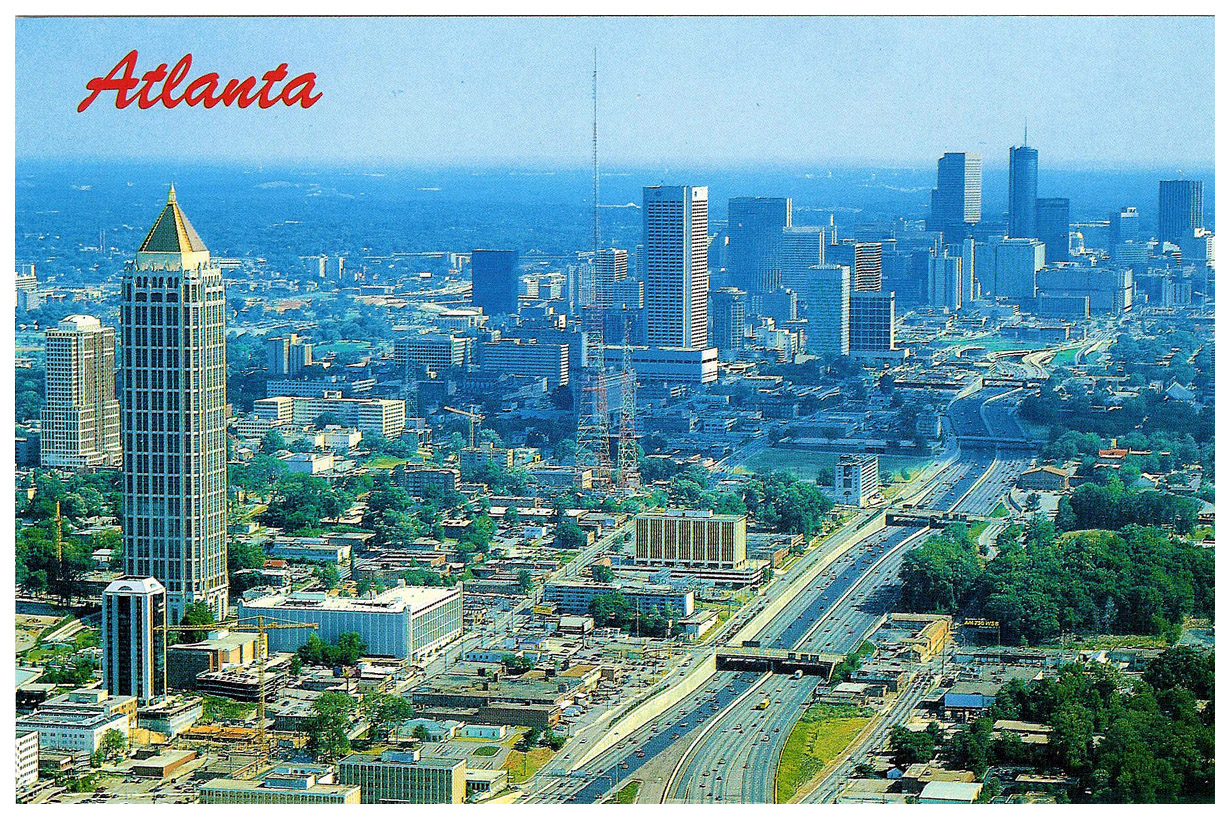 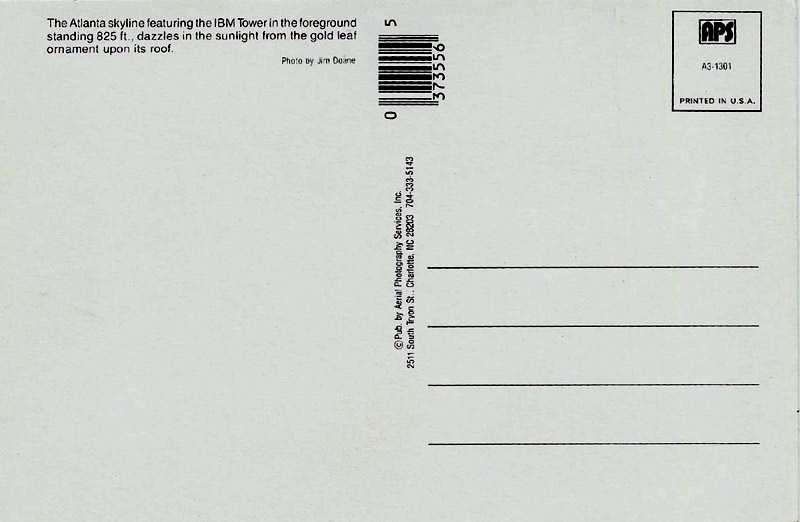