And here is another aerial postcard photo for which I do not have a precise date.  Originally, I speculated that this photo was likely taken in the mid-to-late 1970s, based on the presence of the Peachtree Plaza Hotel and what is now the CNN Center, both of which opened in 1976.  Looking a bit more closely, though, I see the Atlanta-Fulton County Library (1980) and it looks like it's no longer under construction, so perhaps this image dates to 1980 or '81.  It was postmarked in 1981, so we know for certain it's no later than that. The back of the card, seen below, mistakenly states that the photo shows I-20, I-75 and I-85 as they make their ways through downtown Atlanta.

Thumbnails of many more aerial view postcards can be found here. 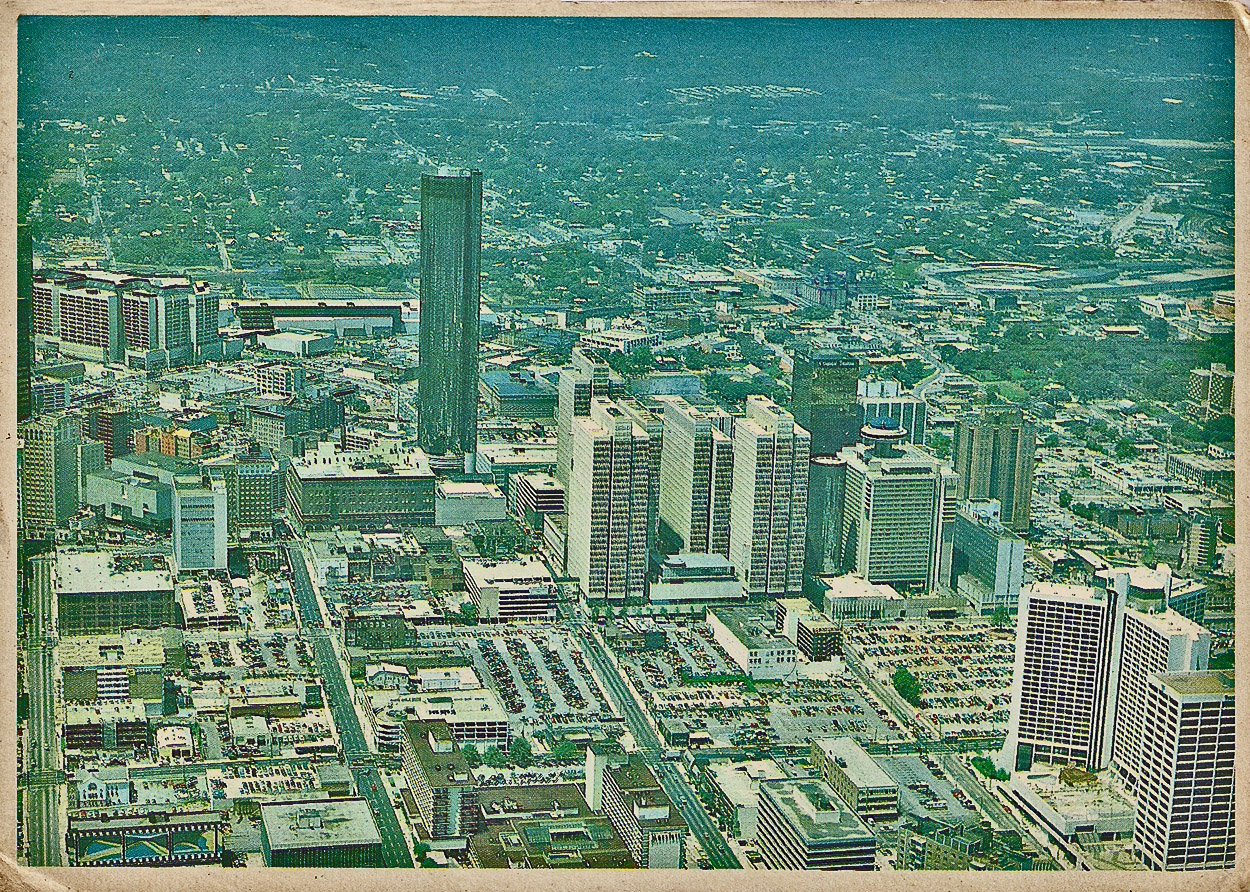 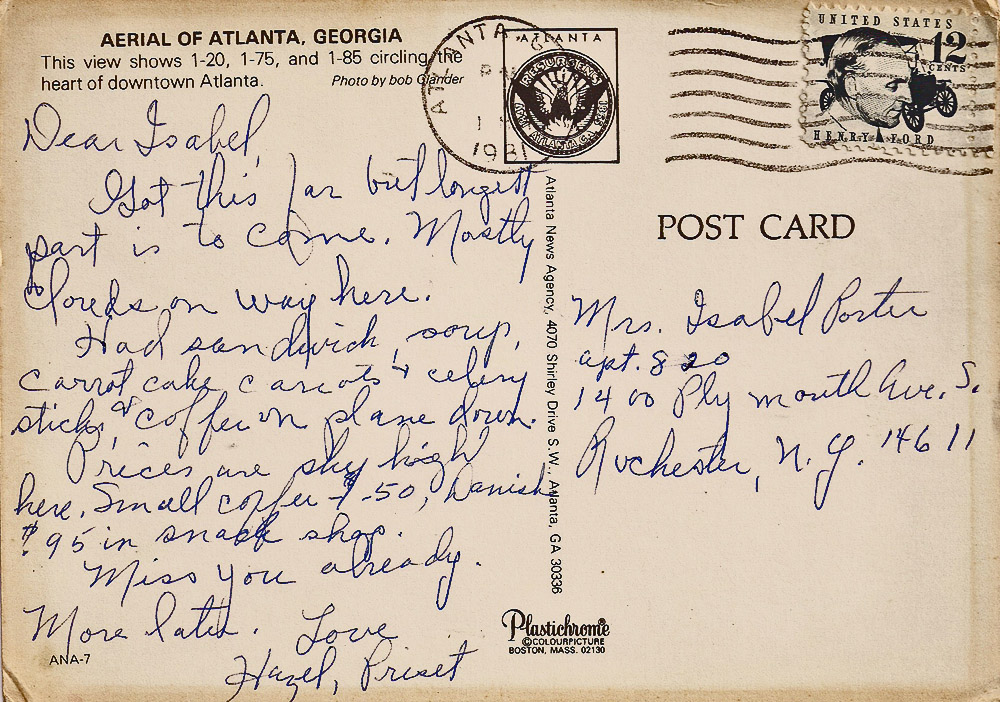