The postcard below shows a view looking to the northeast toward Five Points and beyond.  I don't know the precise year, but it's definitely 1969 or later as the Trust Company Tower, the large white building in the middle of the photo, was completed that year.  These days it's known as the SunTrust Tower, and its current owner, Georgia State University, has owned the property since 2007.   As Maria Saporta reported for the Atlanta Business Chronicle, the $52 million purchase also included a three-story bank building, a six-story annex building, a four-story vacant building and an eight-story parking deck.

Also visible, at least partially, is the First National Bank building on the left side of the photo.  That structure, now known as the State Of Georgia building,  was completed in 1966. 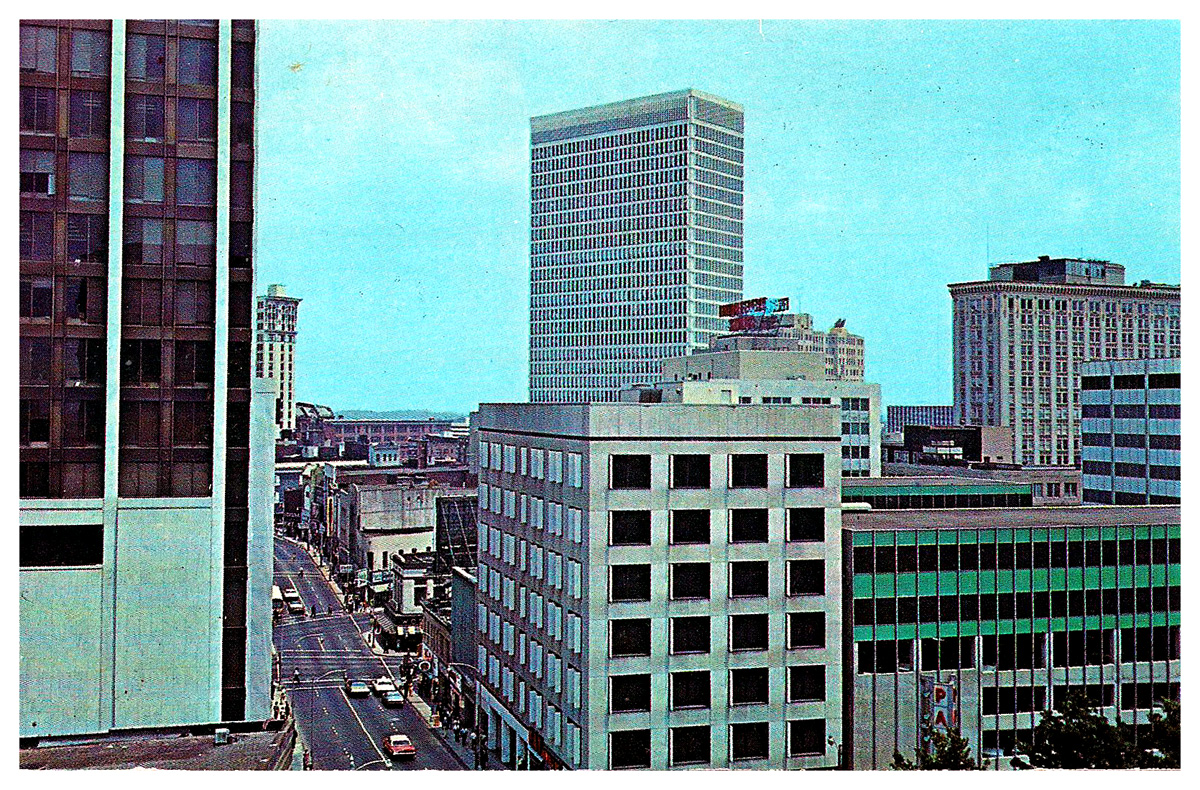 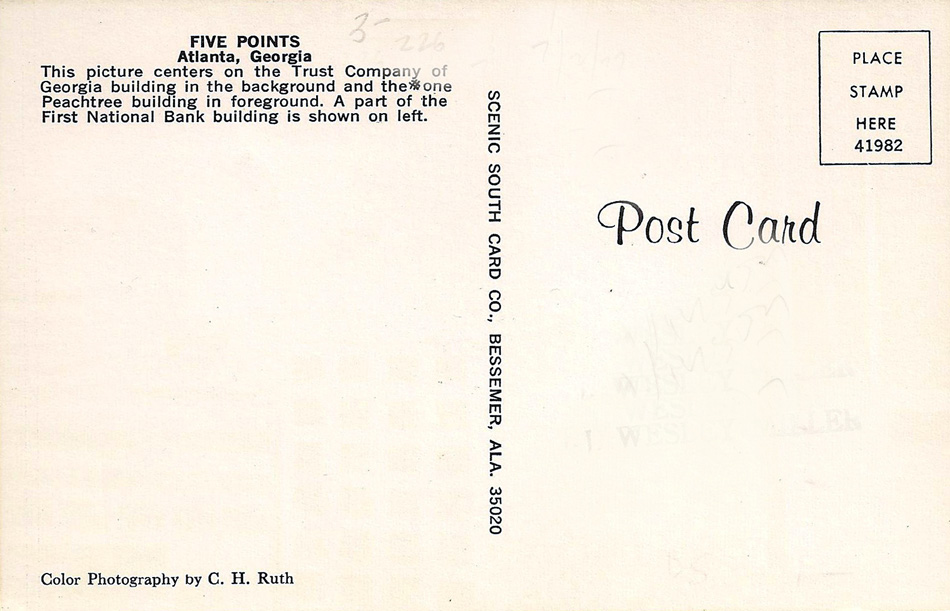