This mid 1970s postcard shows the skyline of downtown Atlanta as seen from the old City Hall building on Mitchell Street.  The small park in the foreground is still there, though the reflecting pool is gone.  According to the sign pictured below, the park, which is owned by the state of Georgia and not the city of Atlanta, is known by the certifiably unwieldy name of Talmadge Plaza and Plaza Park.   Don't mistake the "Plaza Park" portion of this park's name with the former city of Atlanta park by that name that was located a couple blocks away at the site of the main entrance to Underground Atlanta.

To make things just a tad more confusing, this park is identified as "Georgia Plaza Park" on Google maps and elsewhere. 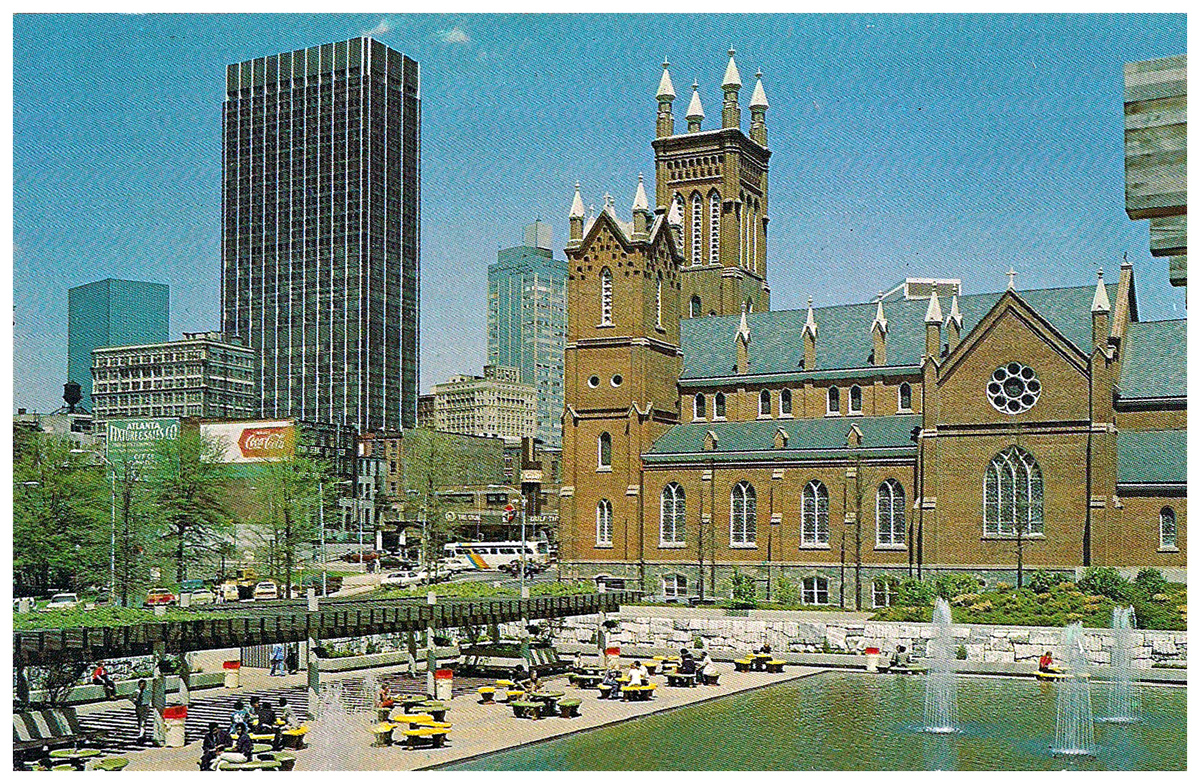 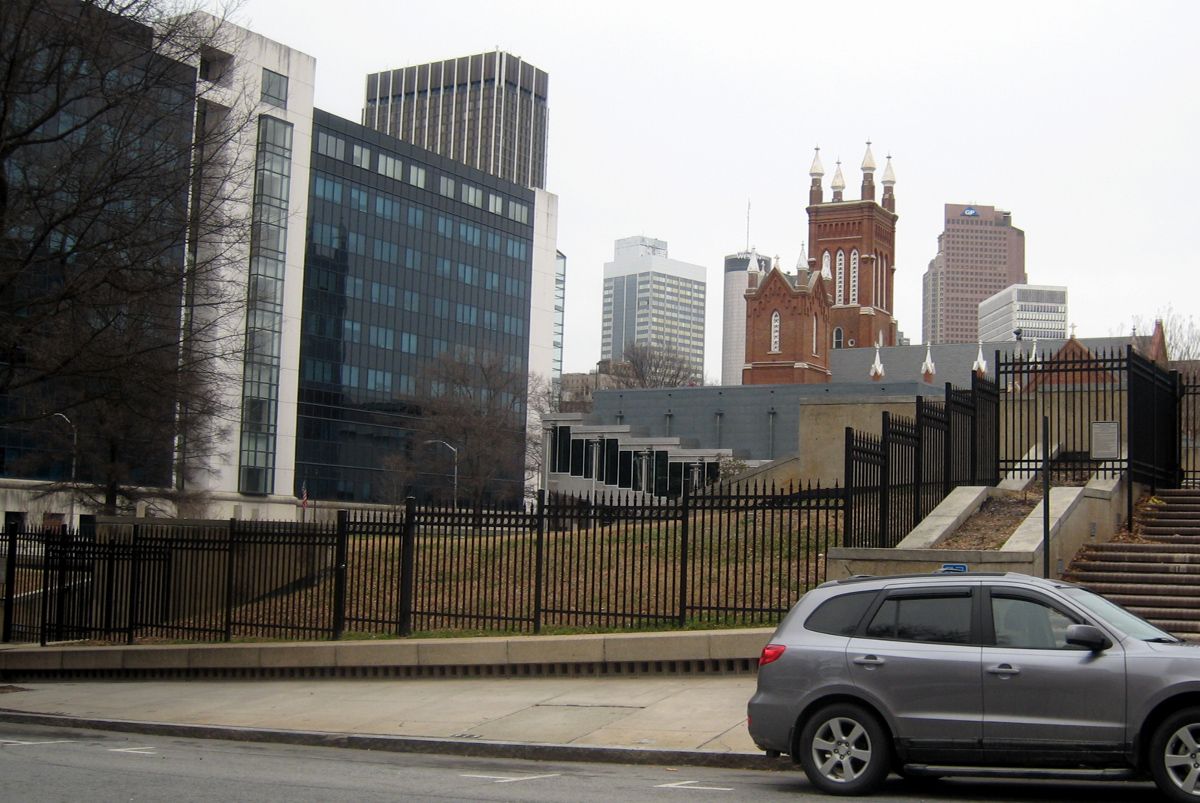 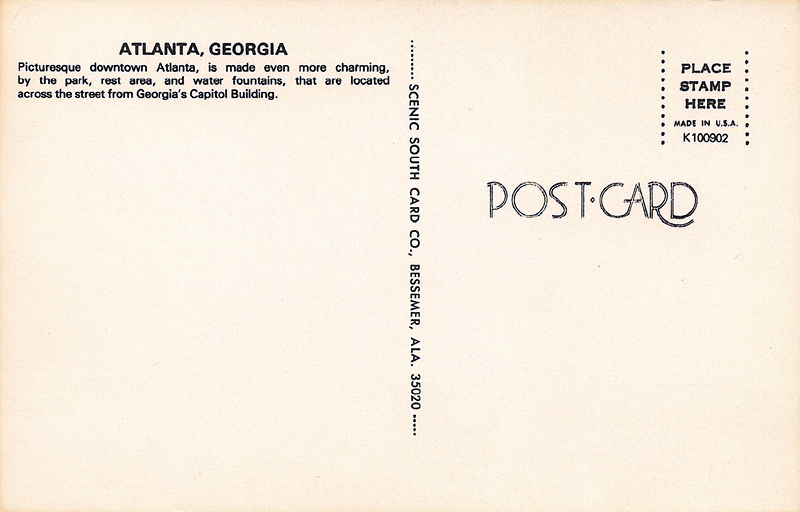 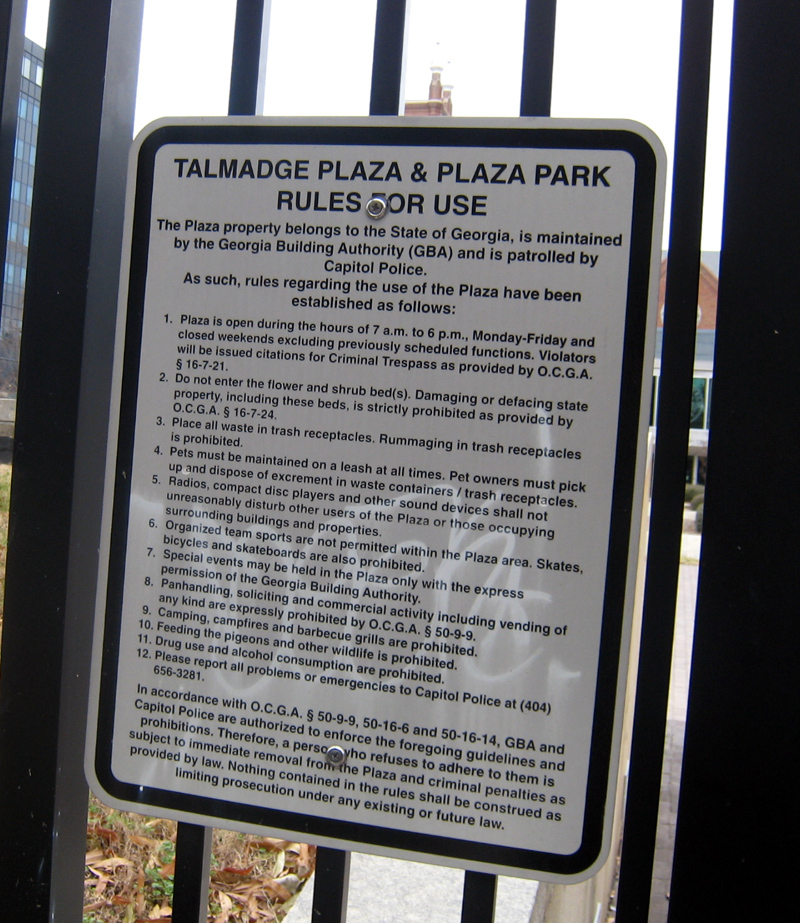