The Tech Motel, seen in two postcards below, stood on the south side of North Avenue, just across the street from Georgia Tech's Smith Hall, a freshman dormitory.  The property is now part of the Georgia Tech campus.

In 1981, after the motel had closed, but before its demolition, the building's owner, Hubert S. Cotton of Cobb County, was one of 17 people arrested and charged with conspiracy to import marijuana from South America.  According to the newspaper article below, the roof of the motel "was covered with antennas of radios powerful enough to communicate with boats and aircraft as far away as Columbia."  The group was believed to have smuggled up to 150 tons of marijuana into the country. 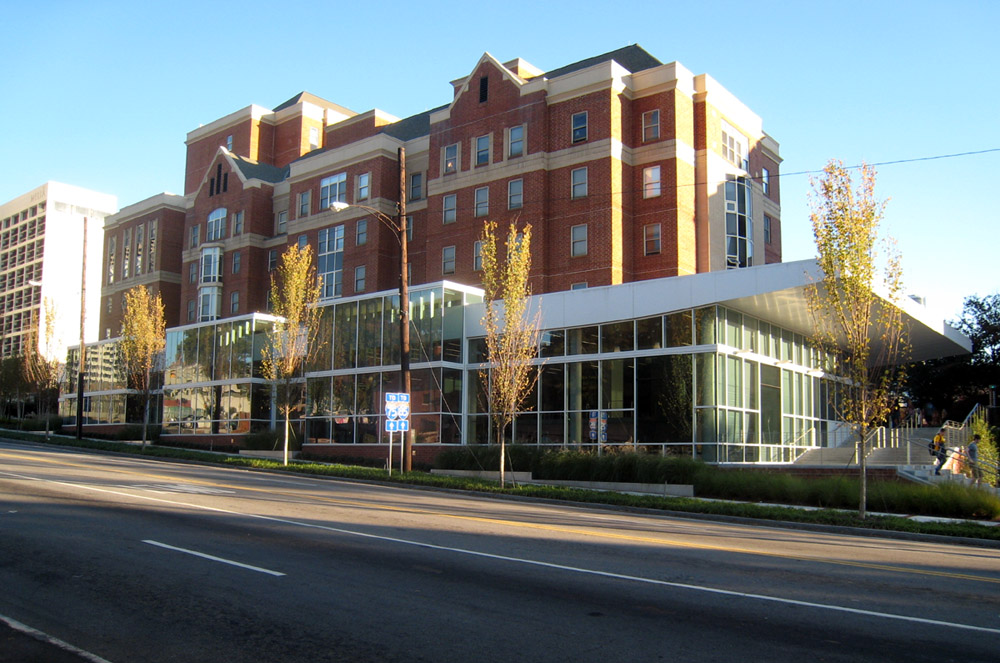 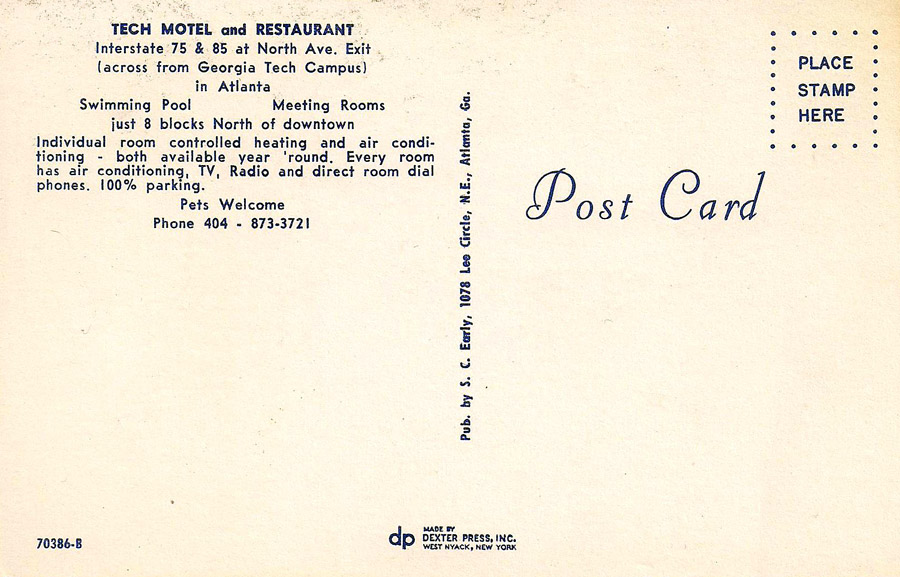 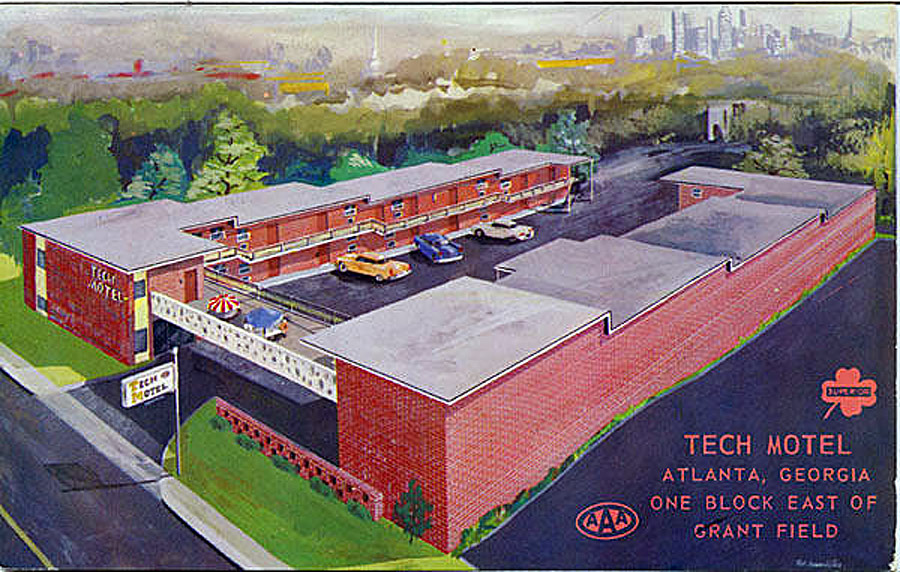 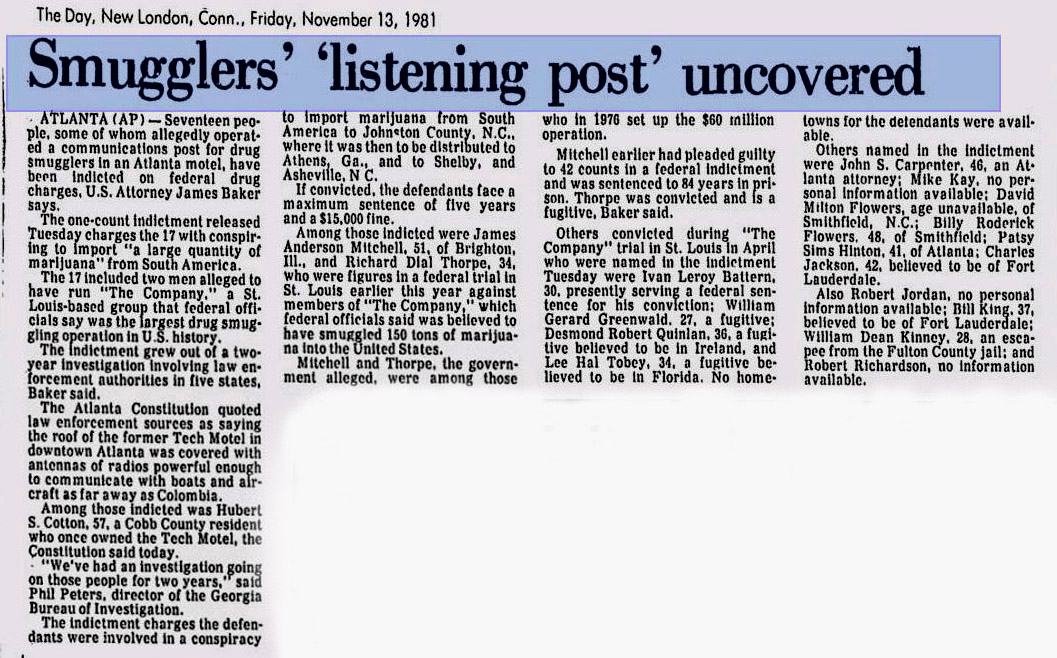