Terminal Station, designed by  architect  P. Thornton Marye was built in 1905.  It stood at the northwest corner of Spring Street and Mitchell Street.  After 65 years of service as a passenger railroad station, it closed in 1970 and was demolished in 1972. 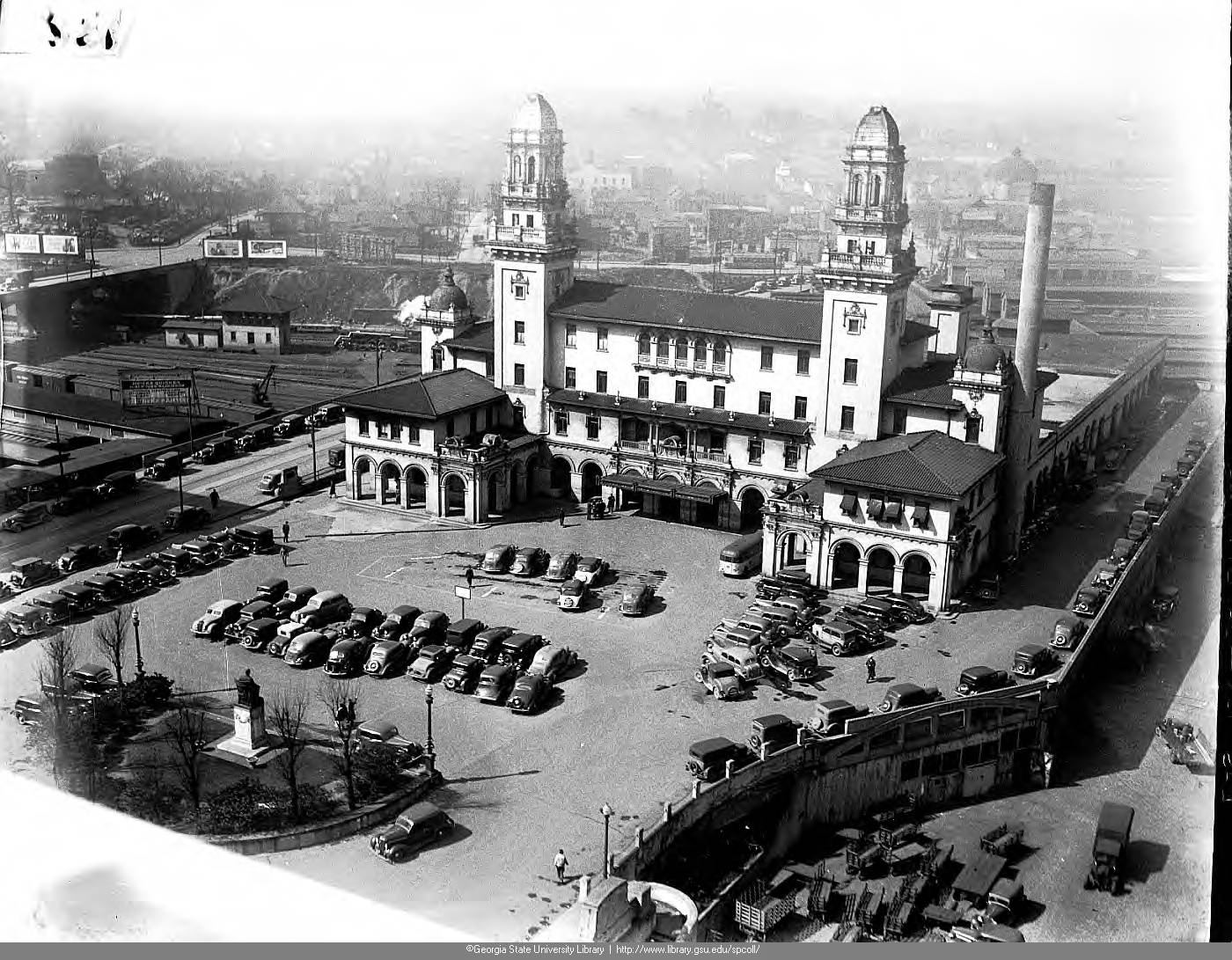 The statue visible in the foreground of the photo above is Samuel Spencer (1847 - 1906), founder of the Southern Railway.  The statue has been moved but remains in Atlanta and since 2009 has been located at the Southern Railway headquarters at 1200 Peachtree Street.  Below is a photo taken in 2008, when it was parked at Hardy Ivy Park. 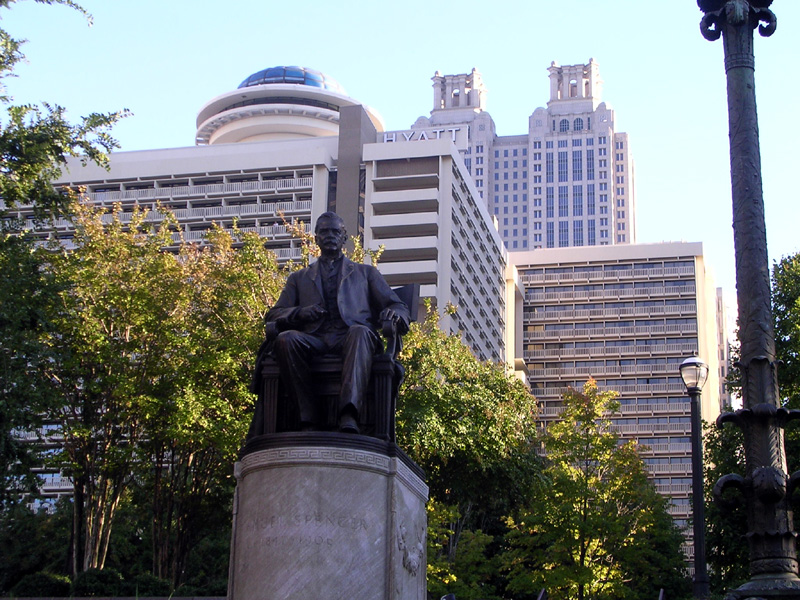