Congratulations to the Georgian Terrace Hotel on its 100th birthday.   The swanky Peachtree Street fixture opened for business on October 2, 1911.  According to the hotel's very informative Wikipedia page, the Georgian Terrace has provided lodging for luminaries such as Walt Disney, Clark Gable, Vivien Leigh, Tallulah Bankhead (the nearby Bankhead Highway, now known as Hollowell Parkway, was named after her father), F. Scott Fitzgerald, John J. Pershing, and President Calvin Cooledge.  And that's probably just scratching the surface.

In the 1970s, the hotel's Grand Ballroom was converted to a live music venue known as the Electric Ballroom, which hosted headline caliber touring rock bands like the Ramones, Bruce Springsteen, Kiss, Tom Waits, Ted Nugent and Fleetwood Mac, among a great many others.

Additionally, several scenes from the 1974 Warren Oates movie Cockfighter were filmed at the Georgian Terrace.

By the mid 1980s, the hotel was boarded up and condemned.  Like the surrounding neighborhood the building was run-down and suffering from a variety of ills.  However, the hotel narrowly escaped destruction, as did its across the street neighbor the Fox Theatre in the 1970s, and by 1991 it had re-opened as a luxury apartment building.  By 1997, the apartments were history and the building reopened as the Georgian Terrace Hotel. 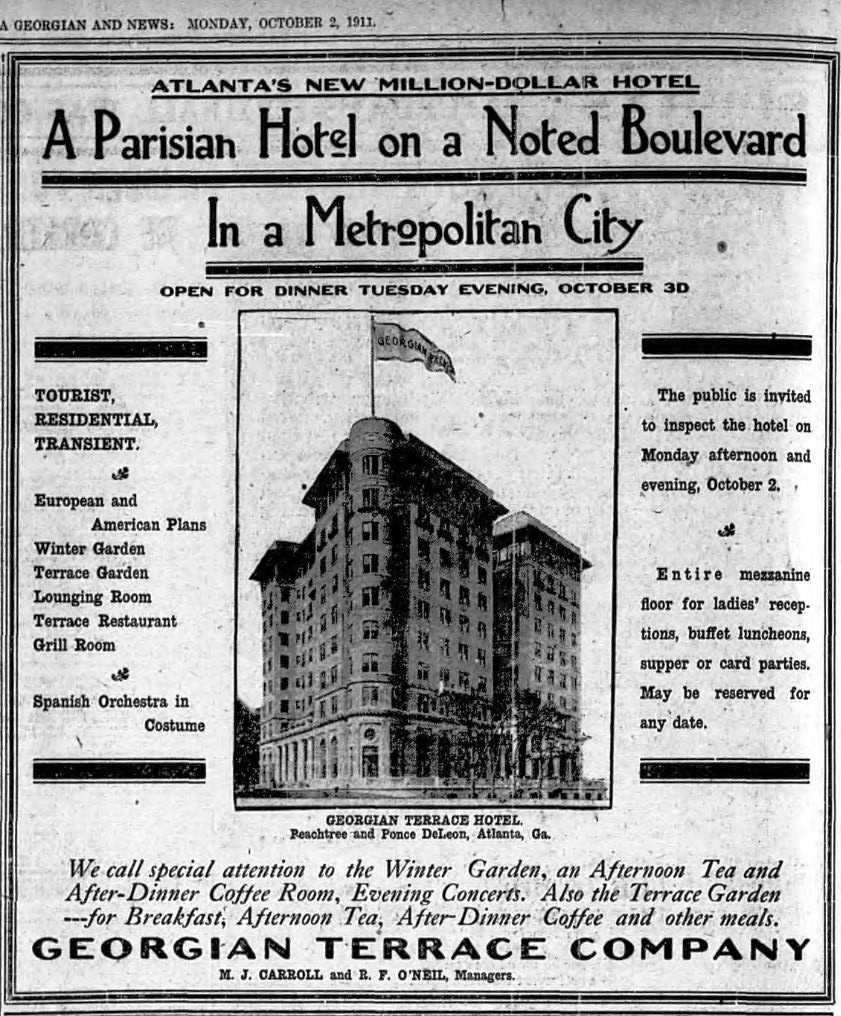 Source:  Atlanta Georgian 10/02/1911, via the Atlanta Historic Newspapers Archive.  Thanks to Reader Ed, who sent this image in after recently unearthing it.