The year 1972 was a very bad one for railroad stations in Atlanta, as it marked the demolition of Union Station, seen on this postcard, and the nearby Terminal Station.  This was actually Atlanta's third Union Station.  The first went up in 1853 and was destroyed during the Civil War in 1864 and the second was built in 1871 and was demolished after the completion of the Union Station seen here, which opened in the spring of 1930.  This location is just a little west of Forsyth Street, between Forsyth and Spring Streets.  The station was elevated above the tracks and the road visible going to the left of the station was a viaduct level street that connected with the Spring Street bridge.  The car on the bridge in the foreground is on the Forsyth Street viaduct facing south.

Scroll down to see a contemporary photo showing the location of the station, which was approximately one large elevated story about the spot where the makeshift driveway crosses over the two sets of rail tracks.    Google map 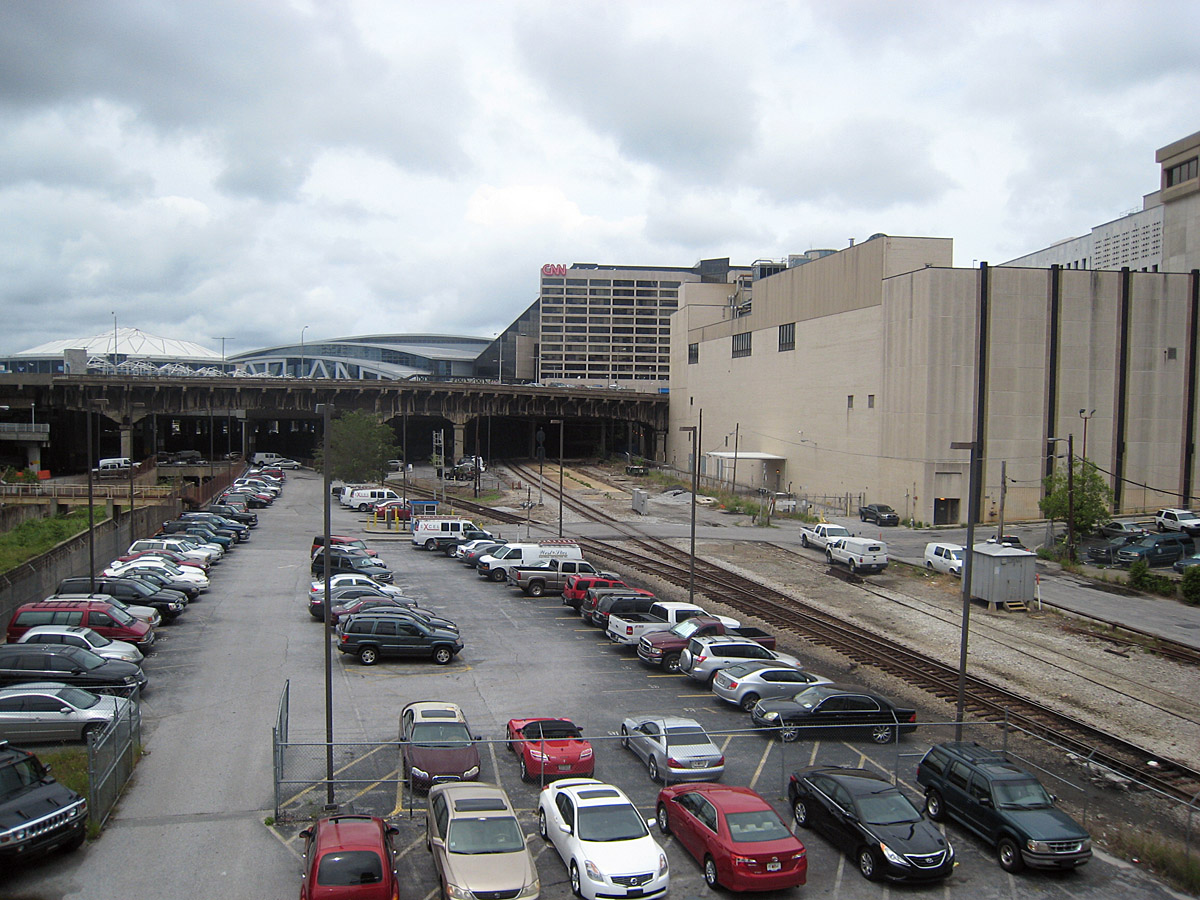 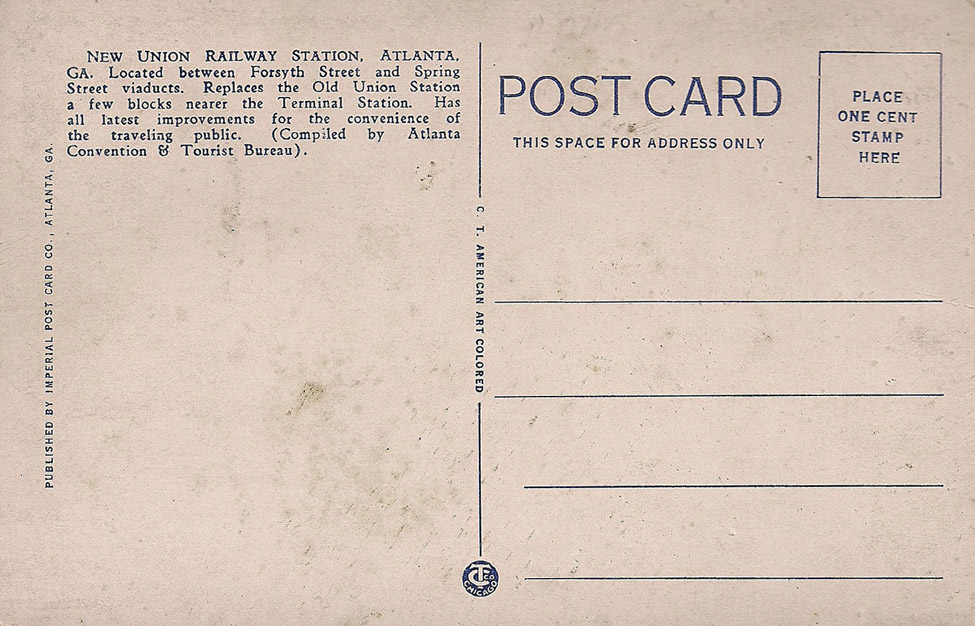