This 1936 Associated Press newspaper photo shows a before and after view of the neighborhood of crumbling slum housing that stood between downtown and  Georgia Tech prior to the development of what became Techwood Homes, America's first public housing project.  The public housing units built are now gone from that specific corner, but just across the street, some of the original buildings still stand.  Scroll down to see a couple of 2014 photos of this corner, which is at the intersection of Pine Street and Techwood Drive (currently known as Centennial Olympic Park Drive).

The original 1936 development included a kindergarten for tenants' children, a library, and even a dorm for Georgia Tech students, McDaniel Dormitory.  In time, the neighborhood again became known as a crime-ridden slum and the entire 22.5 acre project, with the exception of a few historic buildings, was leveled just before the 1996 Olympics.  Today it's a mixed-income complex known as Centennial Place, which features a mixture of both owners and renters.        Google map

Many thanks to reader Peter T. for generously sending in this photo, as well as quite a few others in the last year or so. 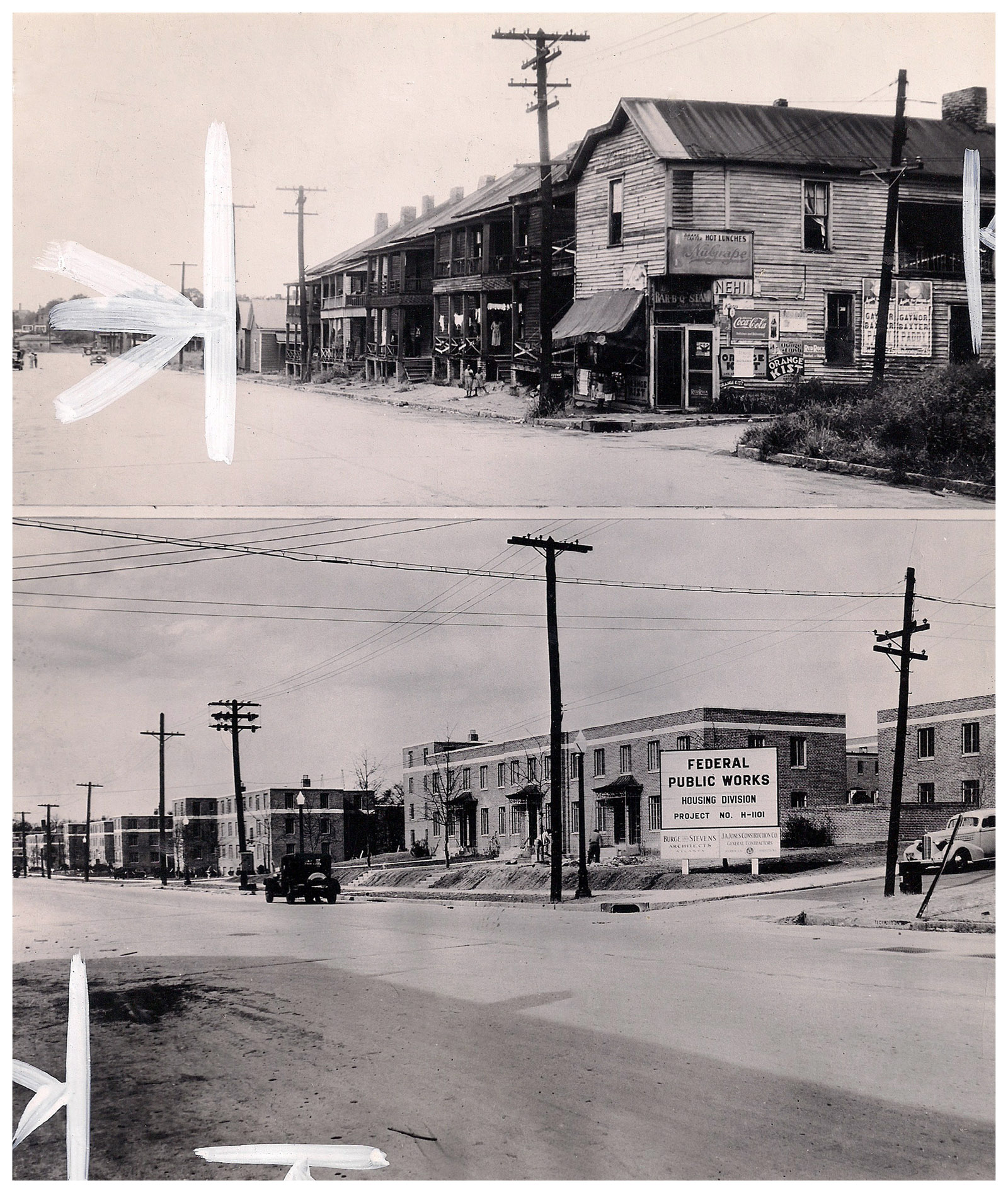 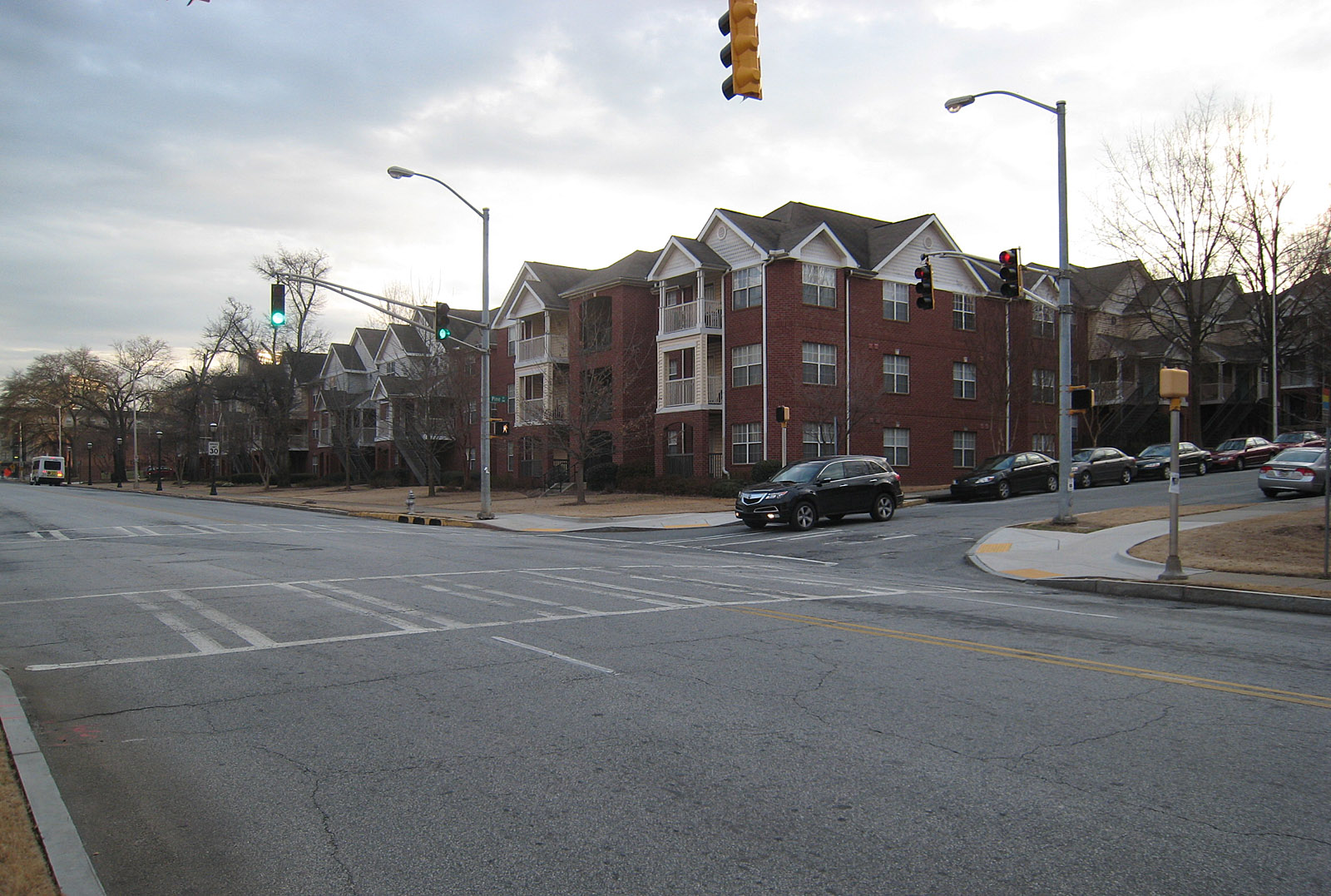 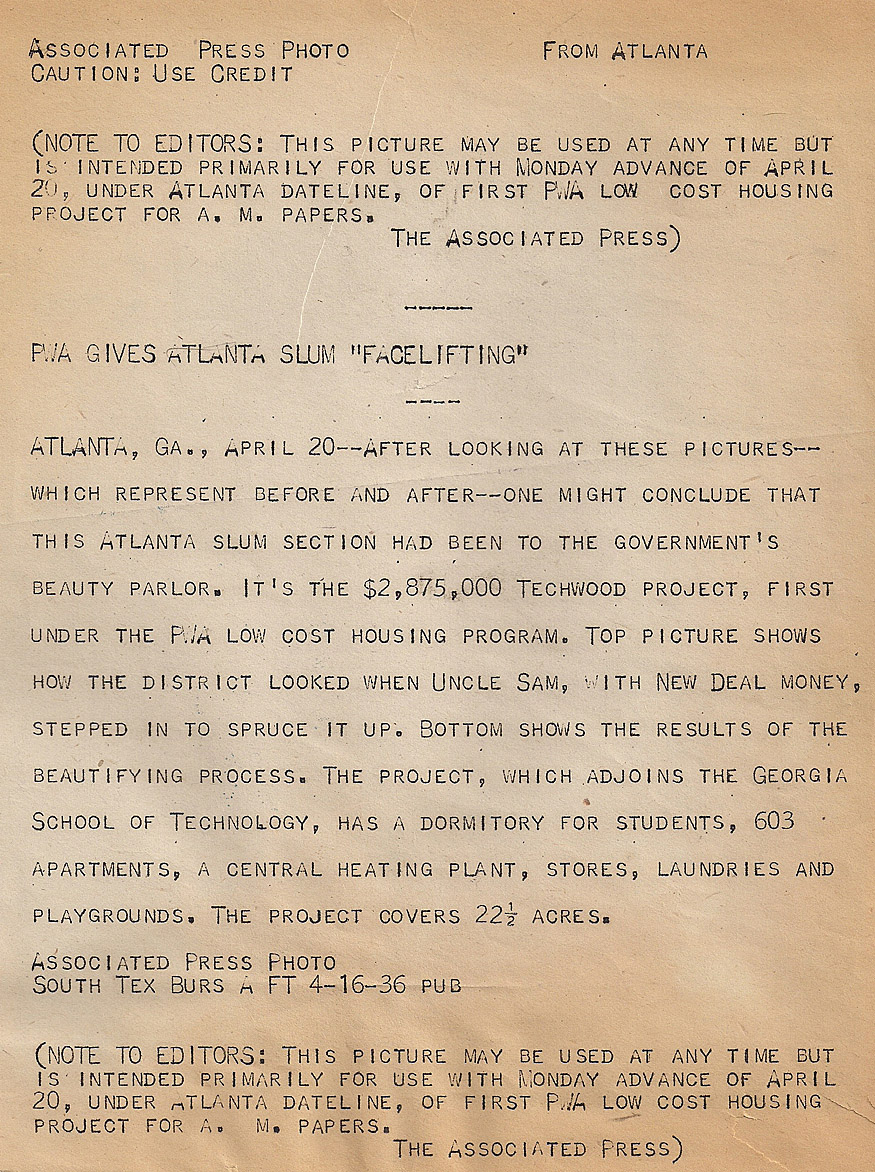 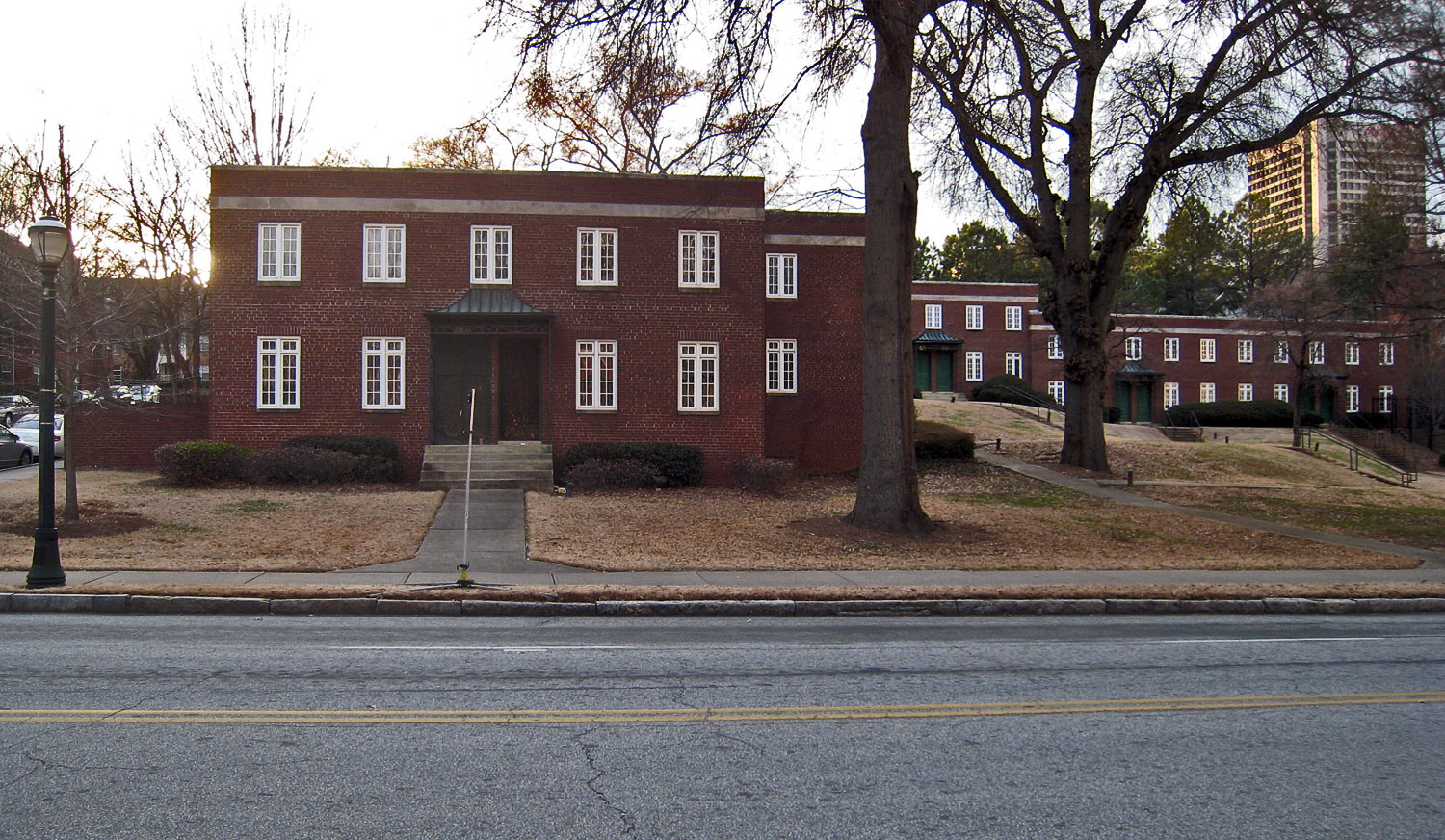