The Alexander Memorial Coliseum on the Georgia Tech campus opened November 30, 1956.  The 9,191 seat structure has undergone several major renovations, which have dramatically altered the cleanly curved lines that were the building's signature when it opened.  Scroll down to see an aerial perspective, taken from the 8th floor of a nearby office building.

The coliseum was named for William Alexander, Tech's third athletic director, who served as the head coach of their football team from 1920 until 1944.  During the years 1968 to 1972, the coliseum hosted the Atlanta Hawks (during the construction of the Omni) and again from 1997 to 1999 (after the destruction of the Omni and before Philips Arena opened).  The coliseum underwent a major renovation and re-opened in 2012 as the Hank McCamish Pavilion, in honor of the McCamish family's $15 million donation toward the cost of the renovation.  The two "contemporary" photos below show the coliseum in 2010, just prior to the update      Google map 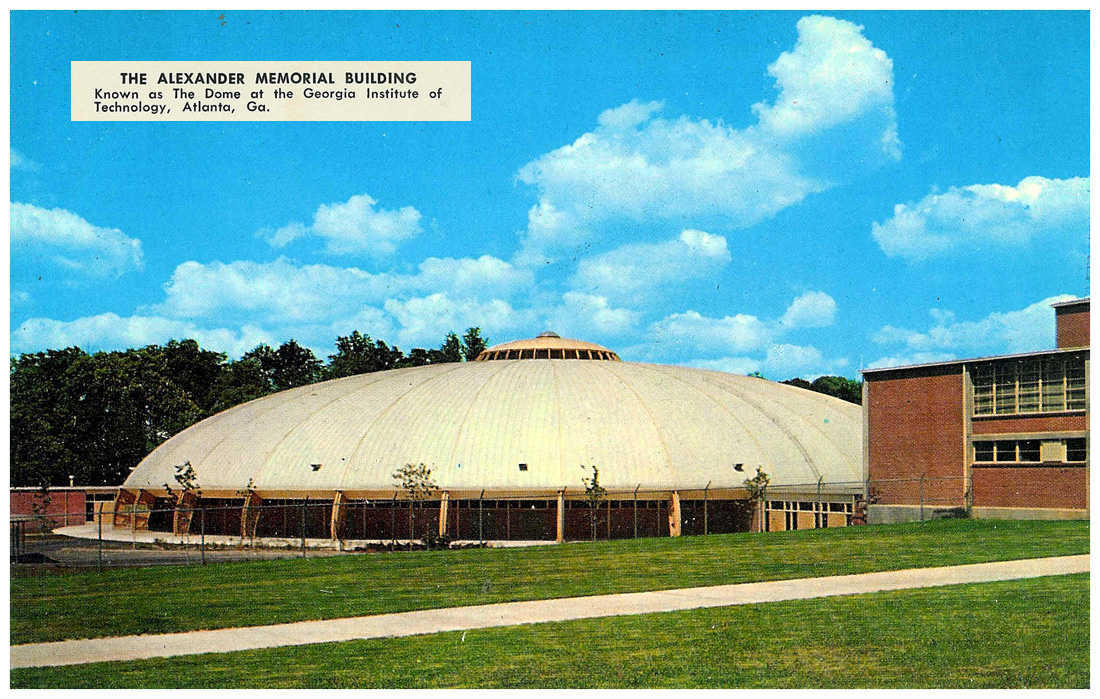 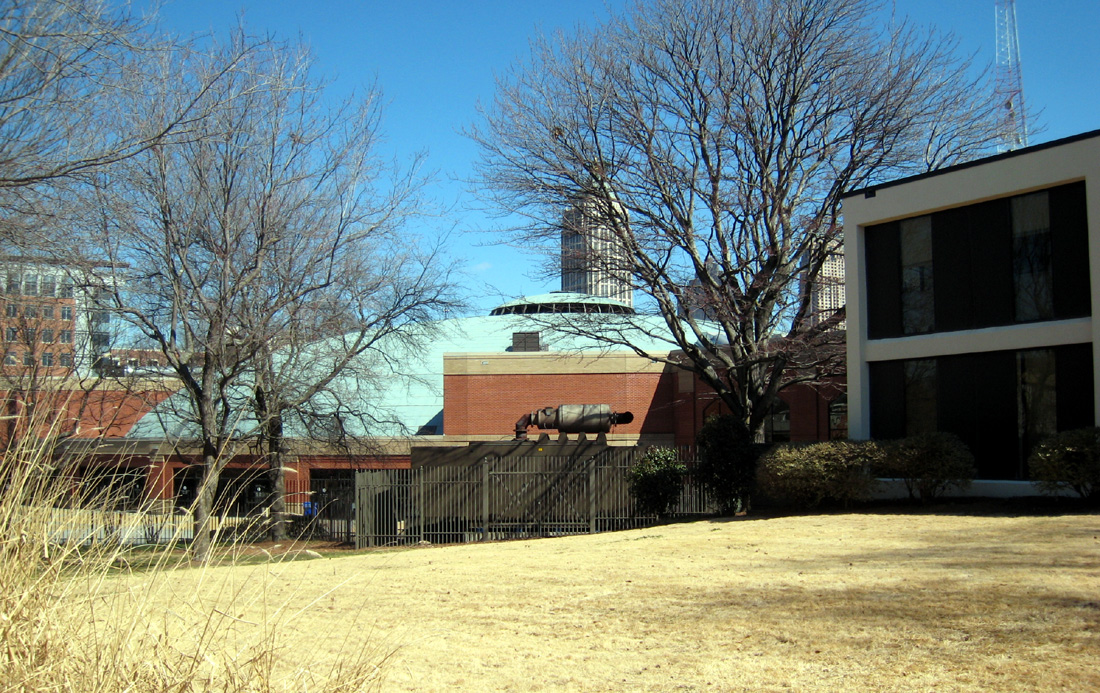 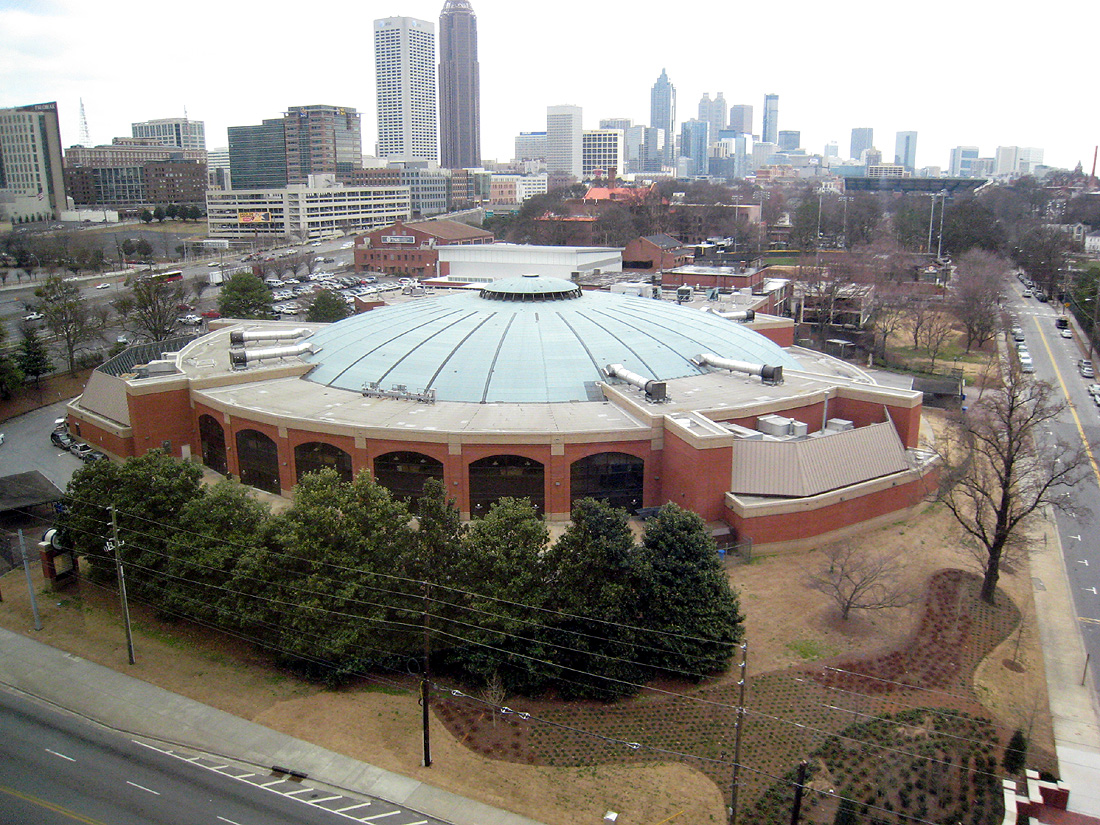 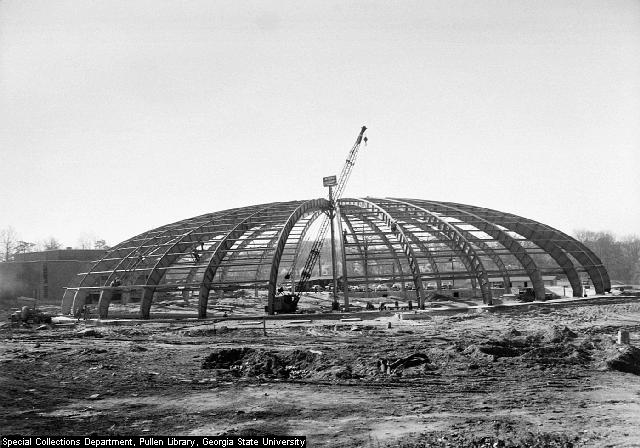