Ed and Carol Woods were at Atlanta Stadium (later known as Atlanta-Fulton County Stadium) on 4/12/66 when the Braves played their first baseball game in Atlanta, after 13 seasons in Milwaukee.  I'm happy to say they were kind enough to send in beautiful scans of their tickets, program, and scorecard all of which can be seen below.

If I'm not mistaken, the ball game was played on the same day that the Braves were welcomed to town with a parade down Peachtree Street in the heart of the central business district.  And don't forget, the Beatles played a show in the stadium in August 1965, long before the Braves moved in.  More baseball photos can be found here. 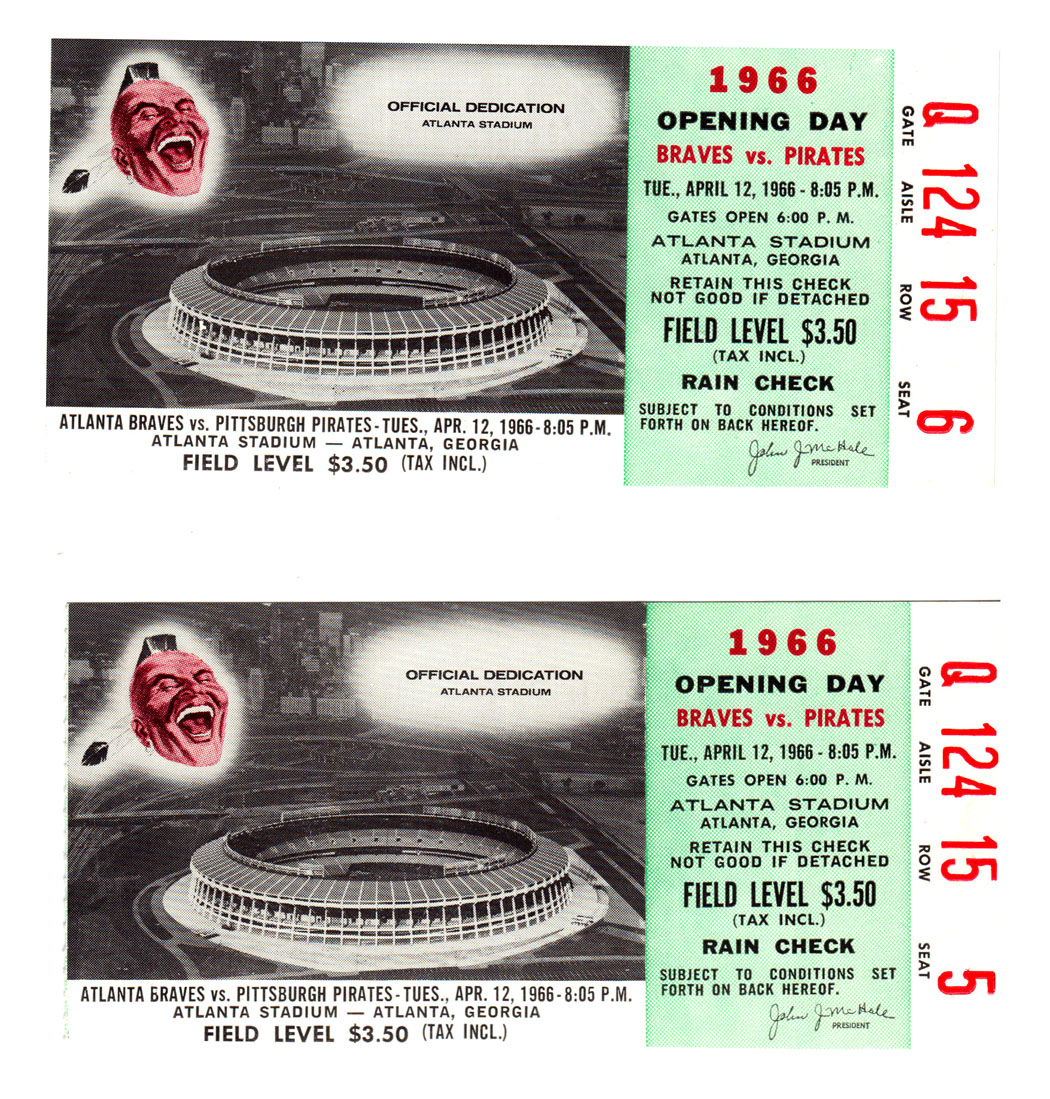 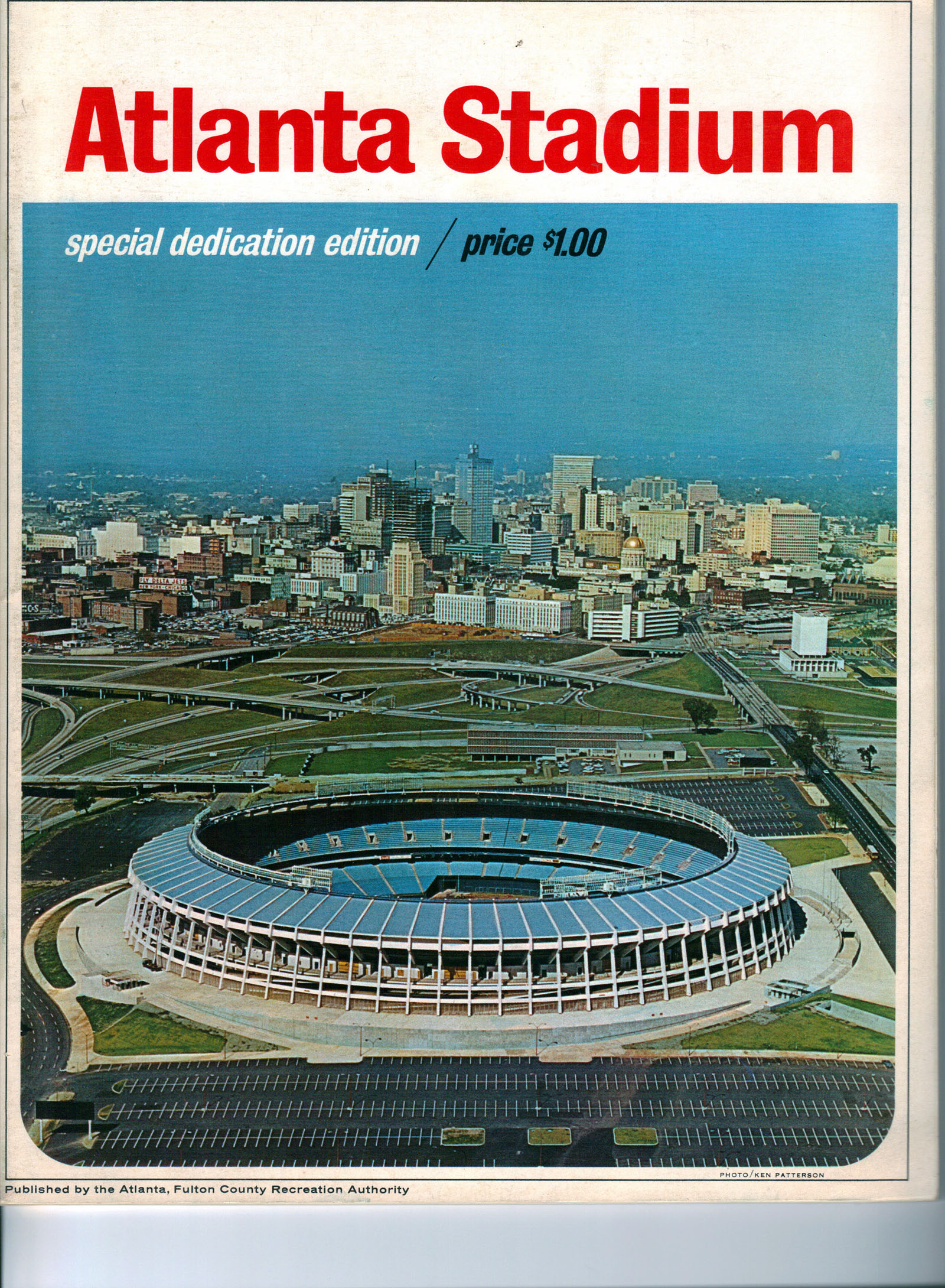 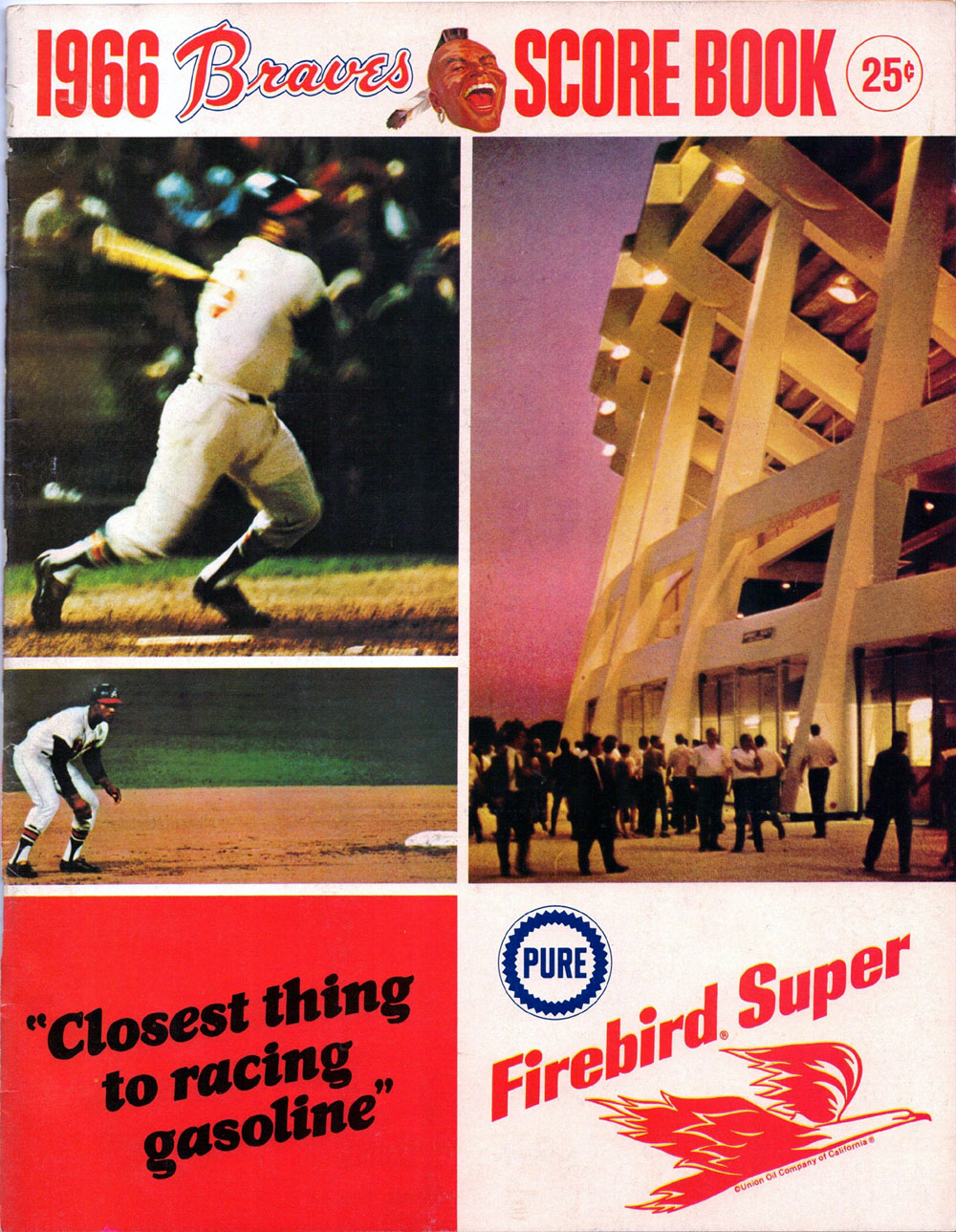