Since today marks the beginning of the Atlanta Braves' 2012 season, it seems like a fine time to revisit an extensive April 1966 article from the Jet magazine archives heralding the arrival of the Braves to Atlanta and major league sports to the south.  Braves star Henry Aaron apparently had his doubts about leaving the northern city of Milwaukee, telling the Jet reporter that he considered Atlanta "a fine city.  I like it here.  The only thing I find wrong with Atlanta is the word Georgia stuck on its end.  If that word was Minnesota, Iowa, New York, etc. it would be the greatest."  Despite Aaron's misgivings, the article goes to great lengths to paint Atlanta as a city that was working hard on racial tolerance and points out that a majority of the the team's hires were Negroes (in the language of the day).

Unfortunately, despite the excitement that surrounded the Braves' Atlanta debut, the team was unable to nail down a victory.  The contest went extra innings before the Pittsburgh Pirates prevailed 3-2 in the thirteenth inning.  Atlanta's only two runs came from a pair of homers from Joe Torre, who would go on to manage the Braves during the years 1982 - 1984.  Also mentioned in the article is assistant PR director Bill Lucas, for whom an Atlanta street was eventually named.  Bill Lucas Drive can be found along the southern edge of Turner Field, where the Atlanta Braves now play. 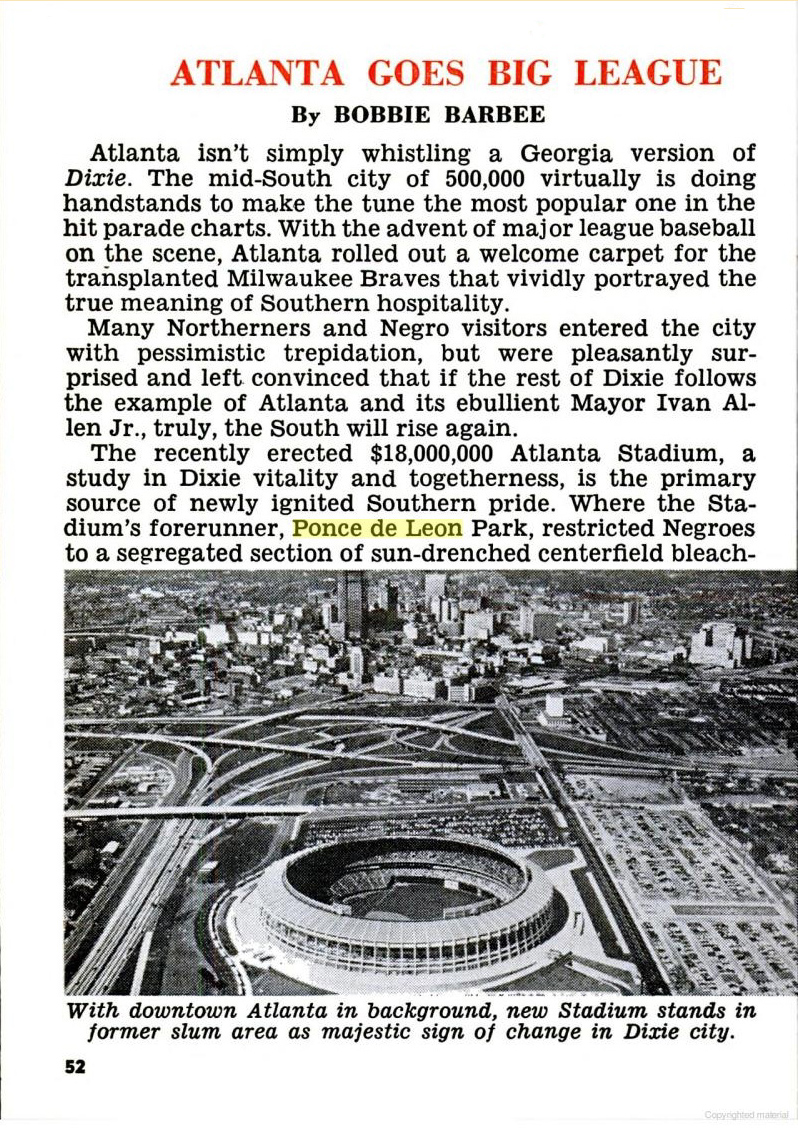 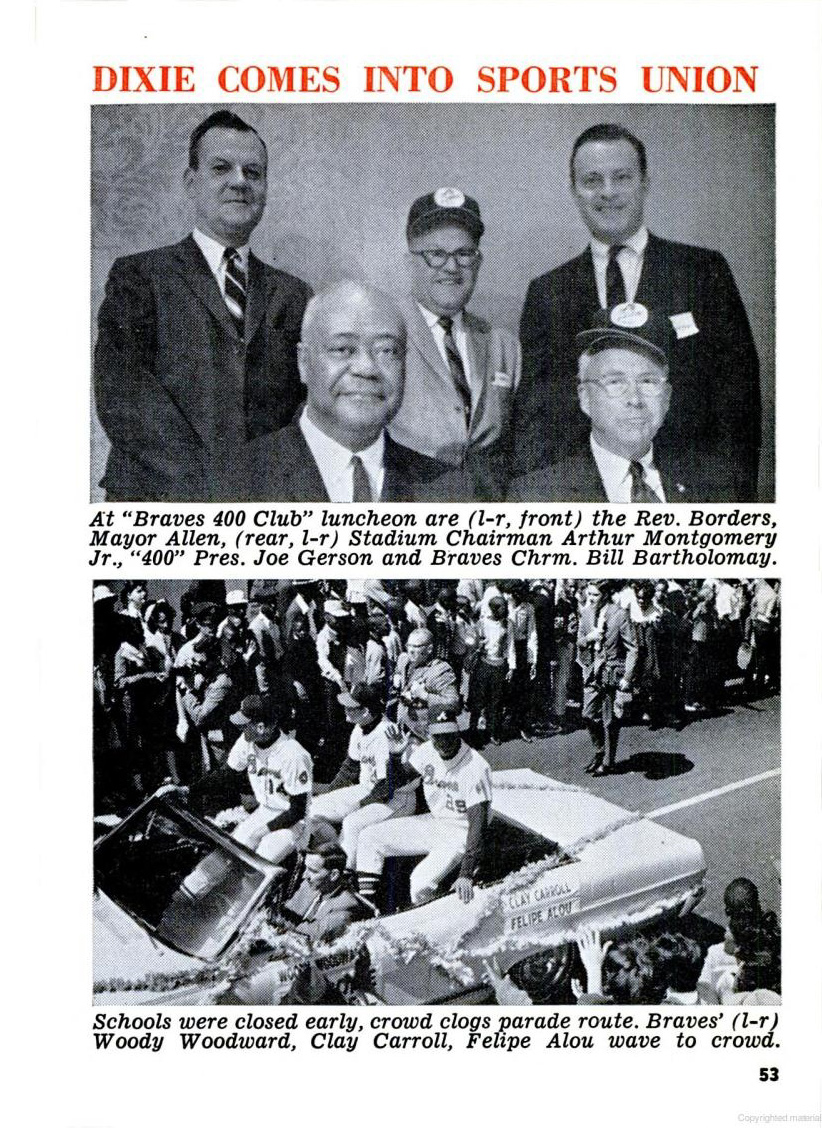 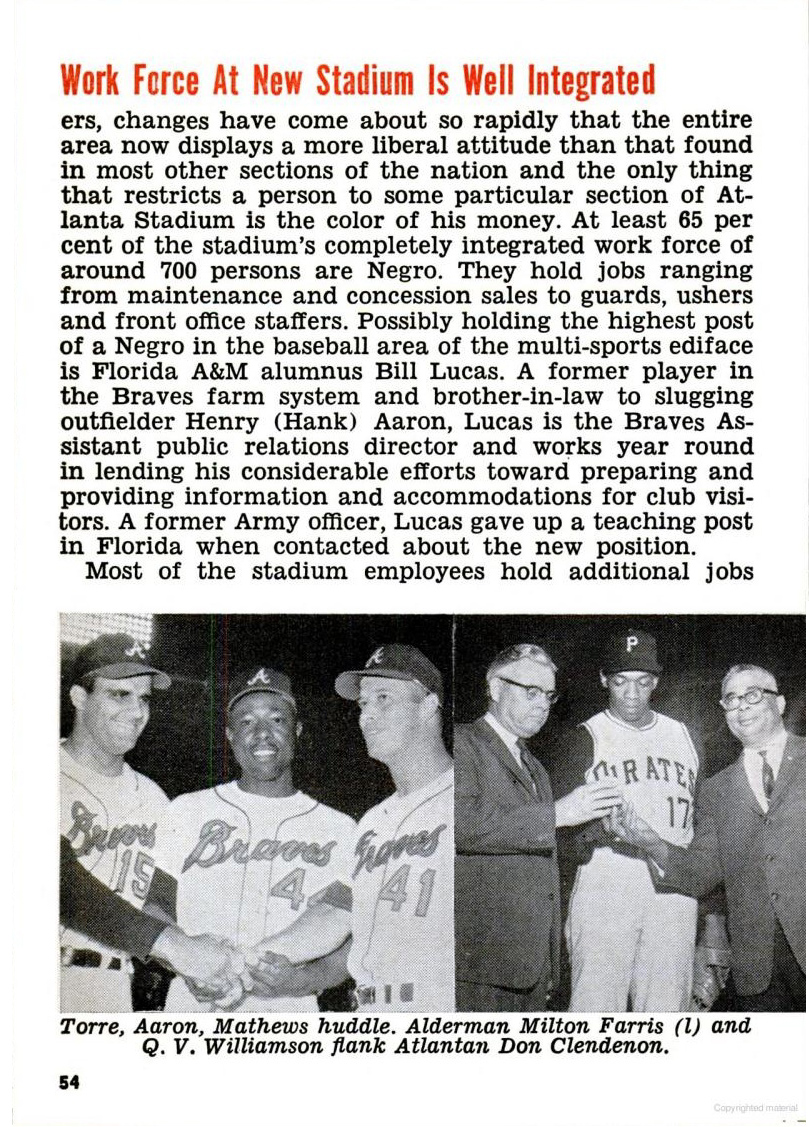 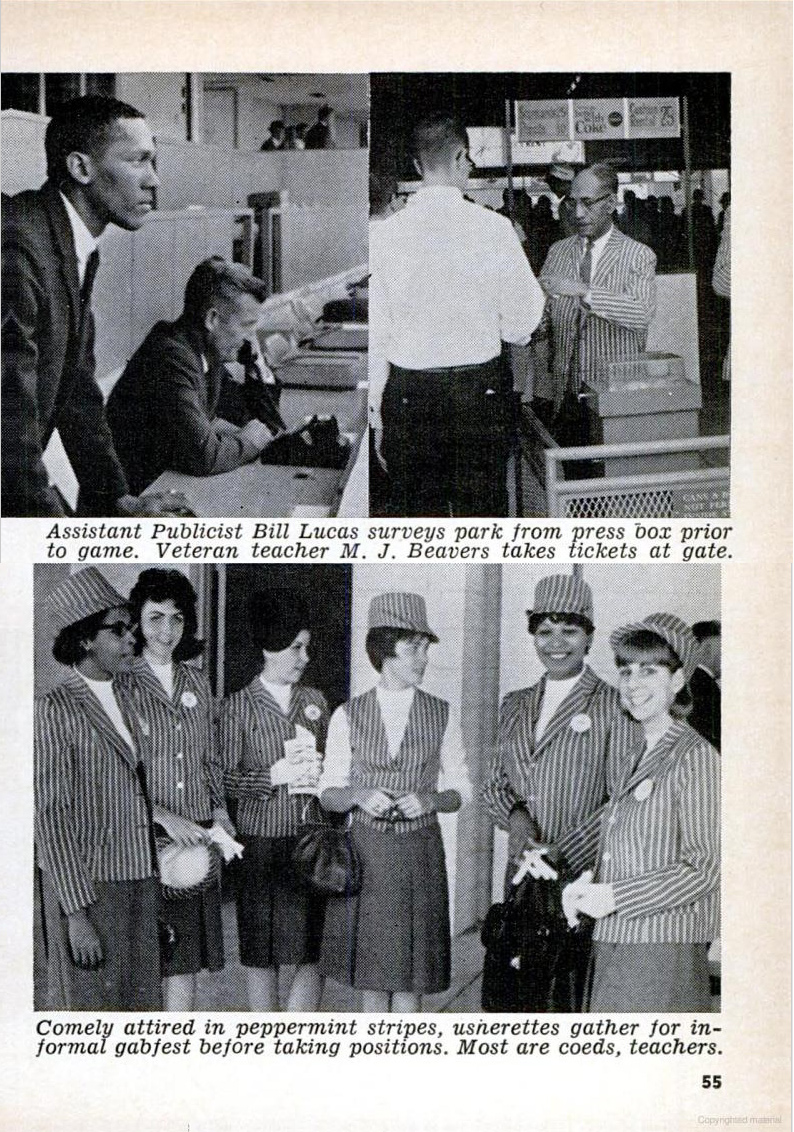 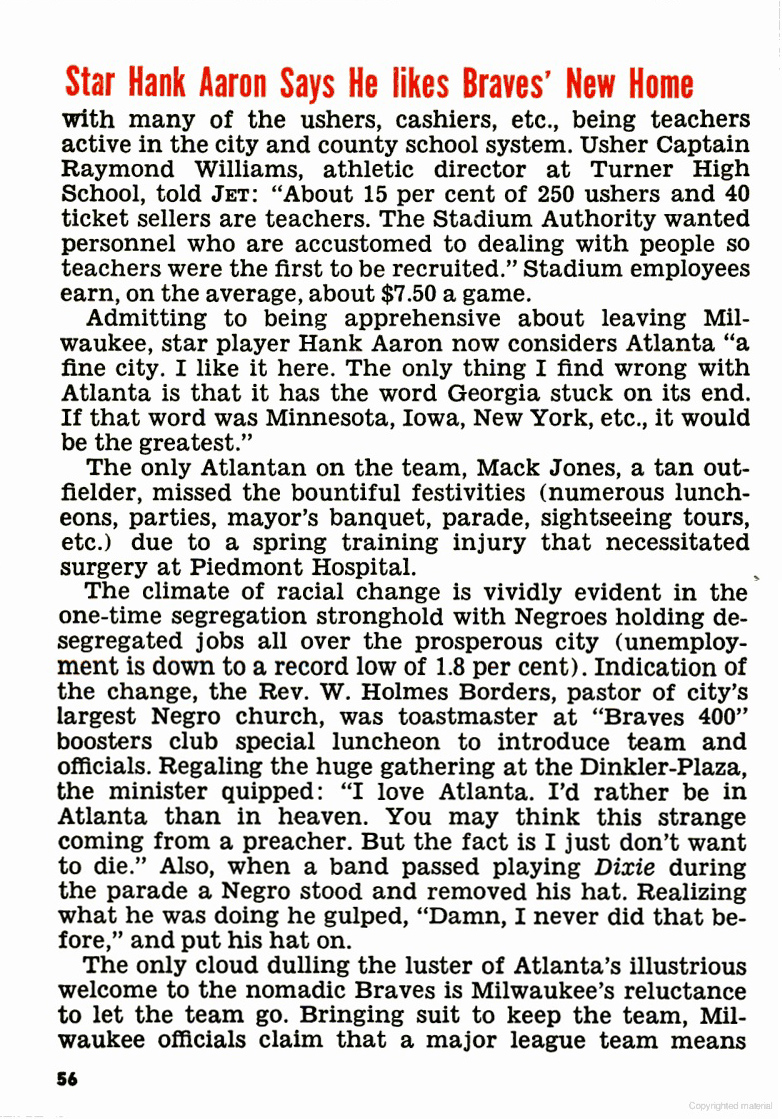 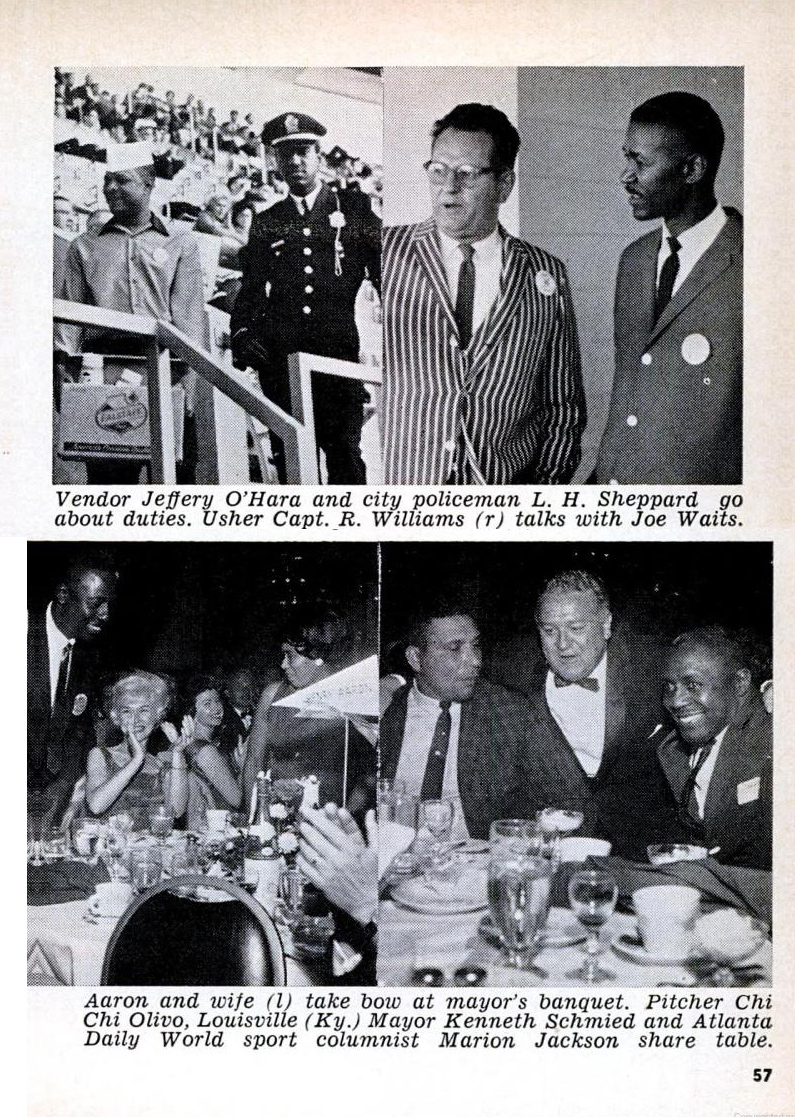 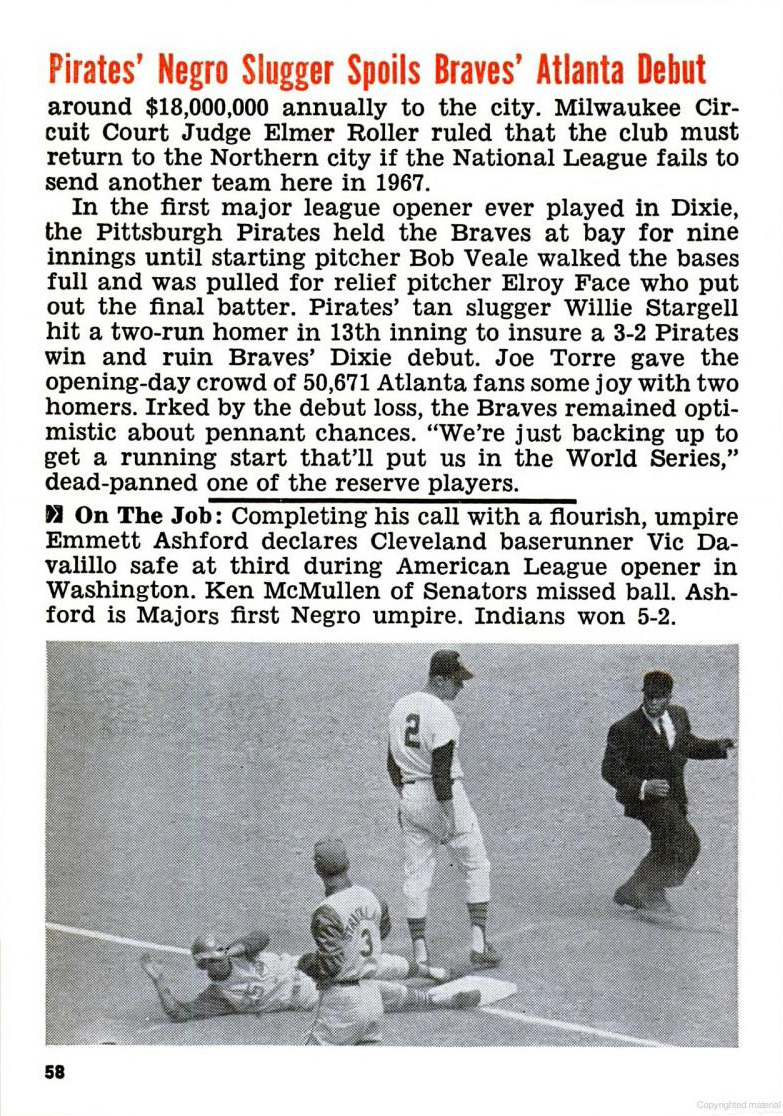