Here we have a 1959 photo showing the North Expressway (I-85 in today's parlance) at the intersection of Clairmont Road.  The freeway system in Atlanta was undertaken as a result of a 1946 study of the city's traffic patterns conducted by the H.W. Lochner Company of Chicago.  The Lochner Plan, as it became known, was the blueprint for what eventually became Atlanta's portion of interstate highways I-20, I-75 and I-85.  The expressway's footprint in 2013 is quite a bit larger than it was in '59, when there were two lanes in each direction and no dividing wall separating the northbound motorists from the southbound.  Today, the road is six lanes in each direction.

Though it looks completely deserted, even when this photo was taken traffic density was exceeding planners' estimates.  As Atlanta historian Harold H. Martin noted in Atlanta and Environs Vol. III, "experts had originally estimated that it would be 1970 before Atlanta's north expressway would be carrying 44,000 vehicles daily.  A traffic count by the state highway department showed that in late 1955 the expressway just north of Fourteenth Street carried 49,500 cars per day."  Photo courtesy of the Georgia State University Library Archives, file #LBGPNS3-073a.  Lower photo: September, 2013.     Google map 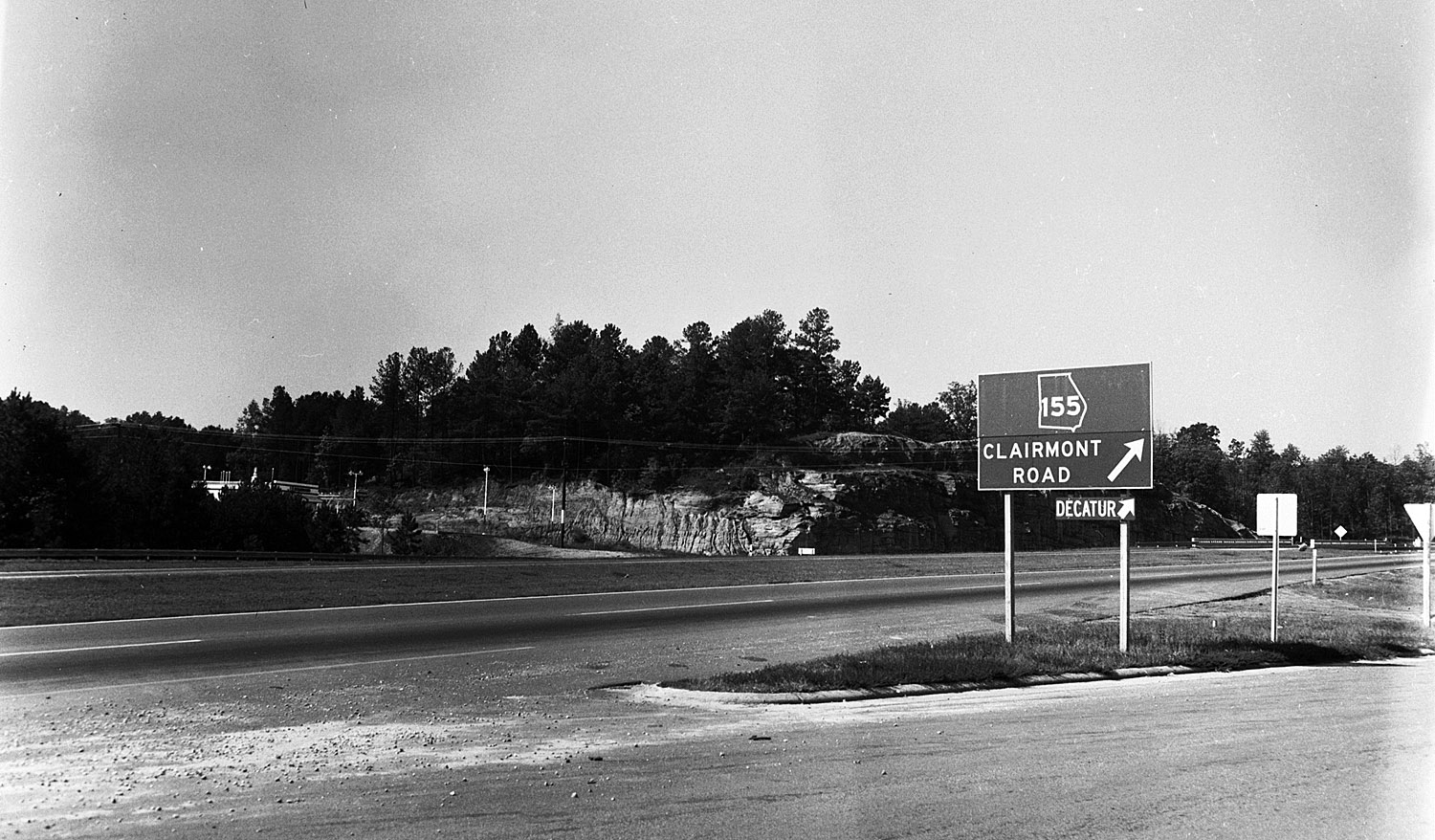 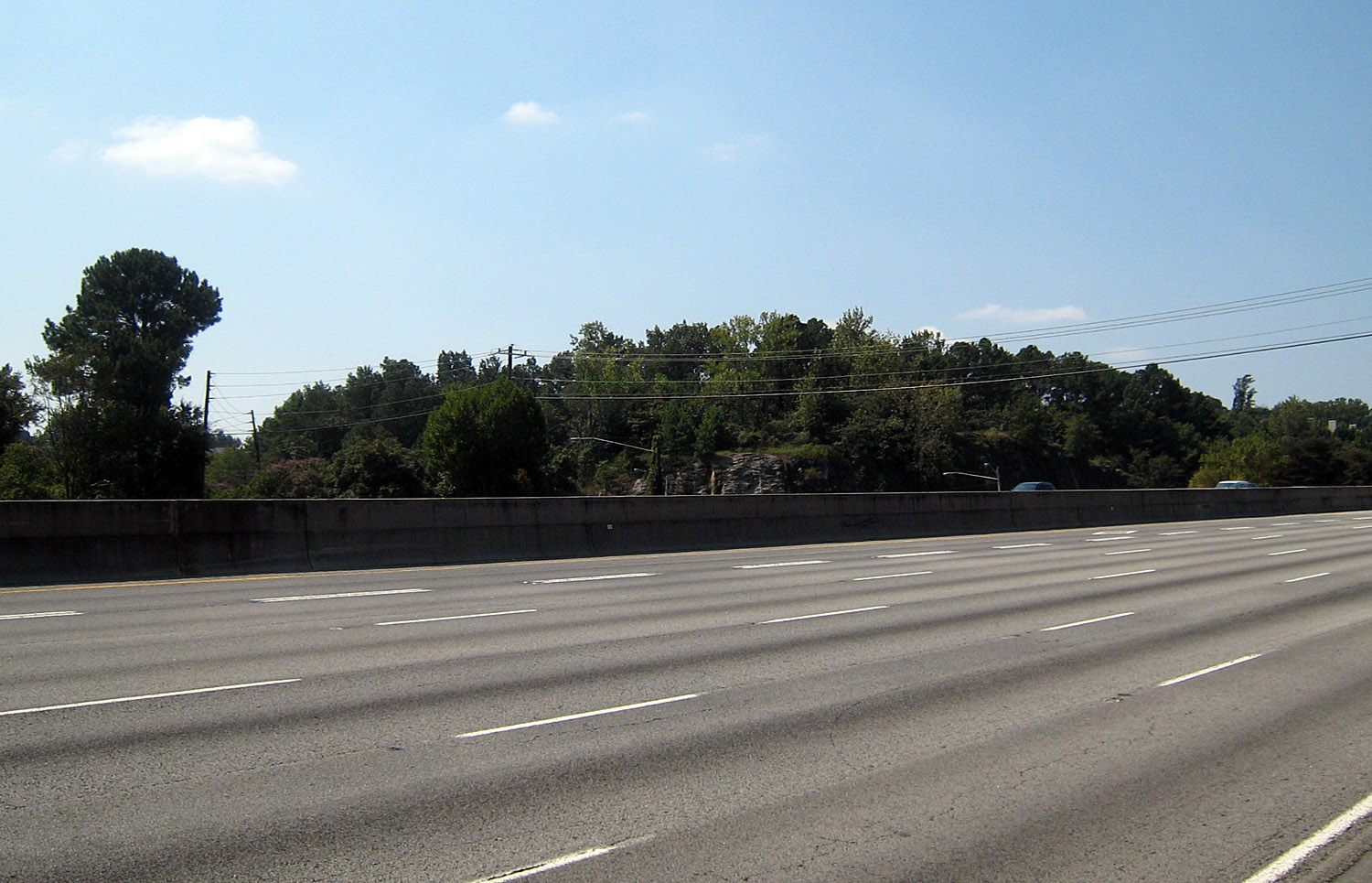