Colony Square, the large development at the northeast corner of Peachtree and 14th Streets, bills itself as Atlanta's original mixed use development.  The project's first building was completed in 1970.  An intriguing footnote about Colony Square is that the development once had its own ice skating rink.  Known as the Colony Square Ice Capades Chalet, the 8,000 square foot ice rink opened in 1973.  The advertisement below appeared in the December 1973 issue of Atlanta magazine.  I'm not sure when the ice rink was shuttered, but I do know it's been closed for quite a few years.        Google map

A low-grade case of ice skating fever must have gripped Atlanta in those days because by 1976 or so, there was another ice skating rink just a couple of miles away at the Omni. 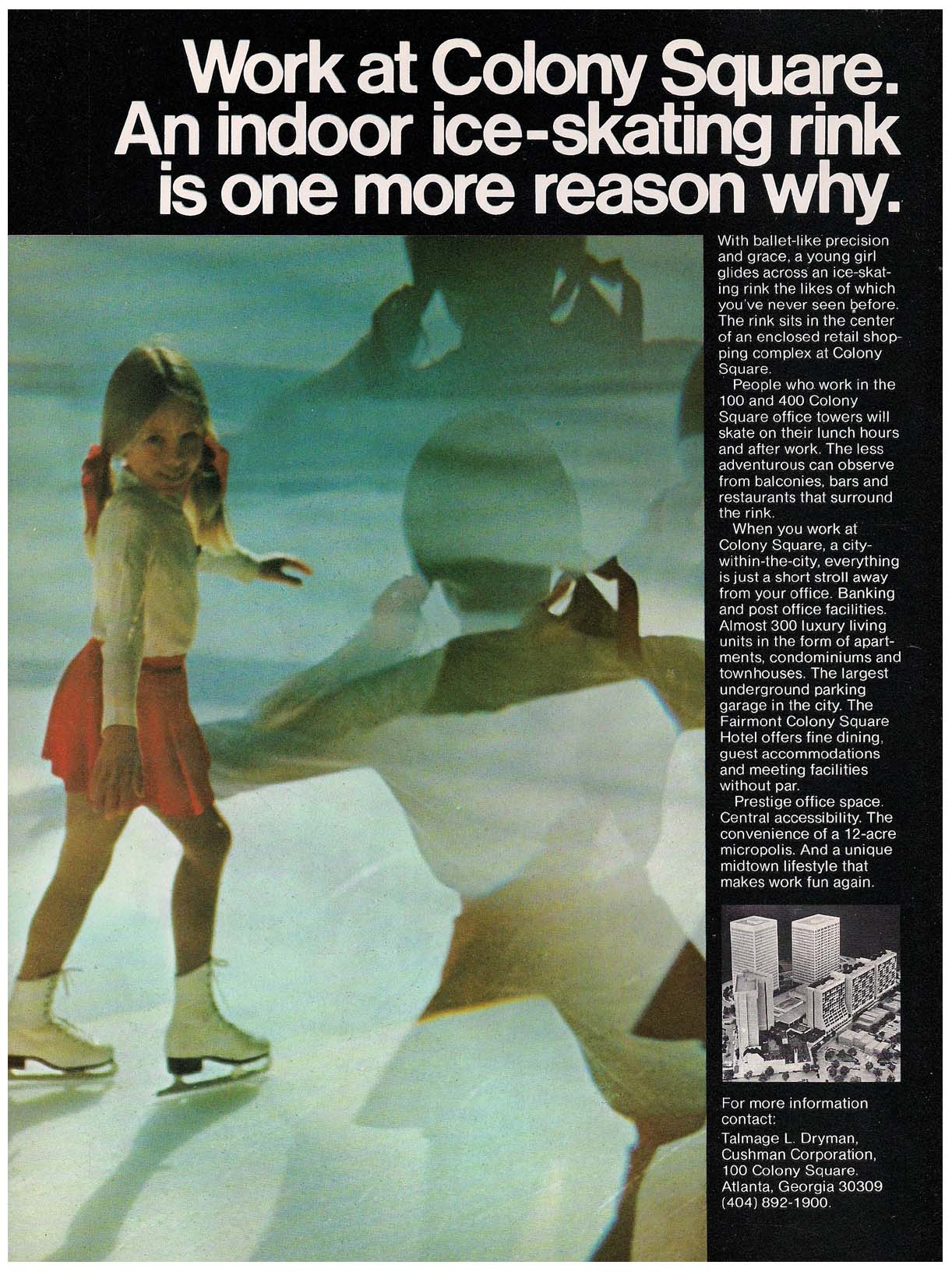 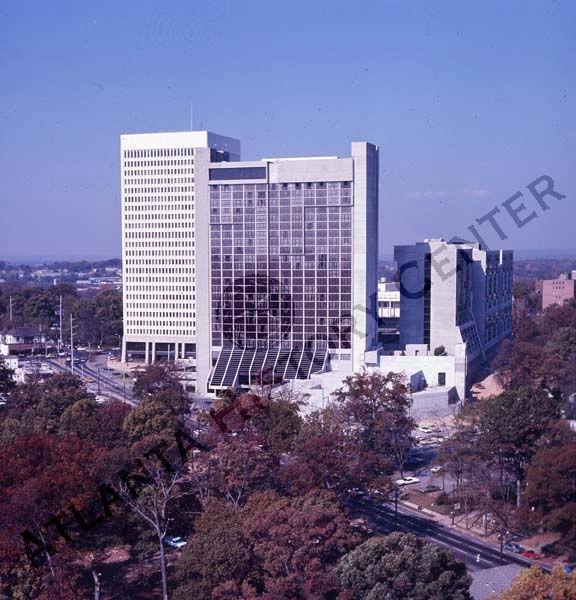